The 'aam admi', it seems, is likely to become more and more 'nirbhar' on an ultra-rich asset owning class. 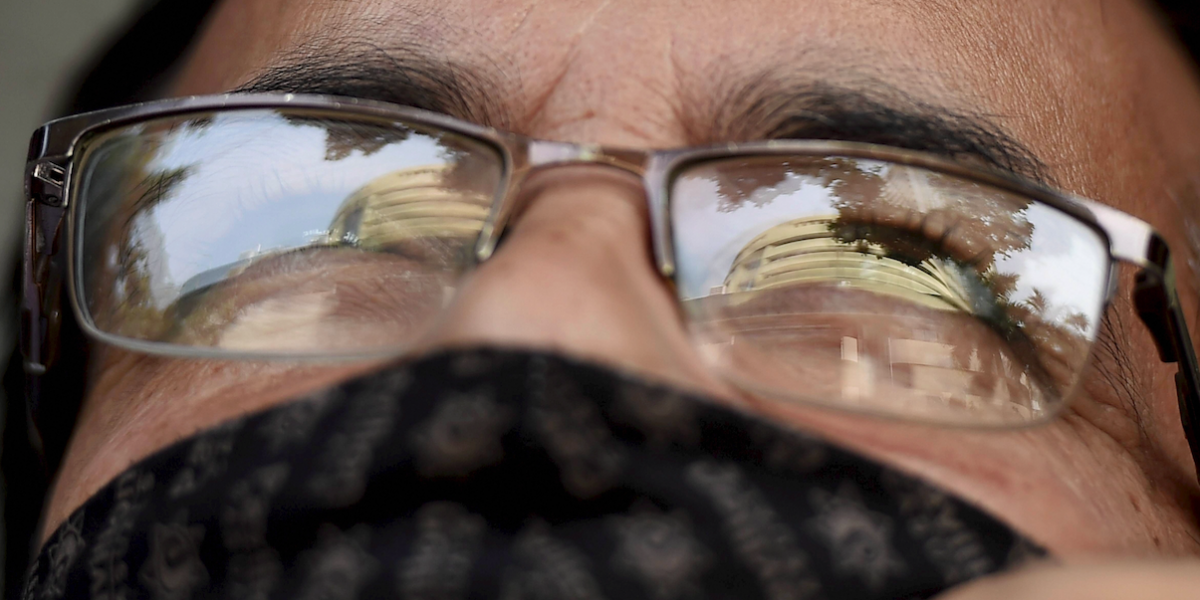 A man watches stock prices on a digital screen on the facade of Bombay Stock Exchange (BSE), during the Budget Session of the Parliament, in Mumbai, Monday, Feb. 1, 2021. Photo: PTI

In a budget speech given back in 2015-16, the0then Union finance minister Arun Jaitley, taking a dig against the (previous) UPA government, borrowed a few lines from a Hindi poem:

‘Some flowers have blossomed under us, we have to grow many more…
But there are still problems in the garden, the thorns of times past.’

Listening in to Union finance minister Nirmala Sitharaman’s much awaited ‘once in a century’ budget speech today, maybe one can recollect Jaitley’s words, this time for his own government. The ‘thorns’ of the current government’s own past (and its present) have remained unacknowledged in the garden, and this is likely to make it difficult for any ‘new flowers’ to blossom there.

Amidst a pandemic, and India’s worst economic crisis since Independence, the hype and significance of this budget had everyone’s expectations augmented over the last few weeks. And rightly so.

Looking at some of the key announcements made, there were a few flowers (‘phool’) provided in what was a more precise, lucid and to-the-point address by the finance minister, especially in comparison to last year.

There was not enough clarity on how the Centre would support the states in this regard.

Second, the Union government made its big macroeconomic spending priorities quite clear in directionally framing a ‘pro-growth’ outlook in this budget.

There was also an explicit attempt – and a much needed one – by the finance minister in her speech to remain more ‘honest’ about the fiscal management of government spending across most key macro aggregates (say, in ‘capital expenditure’, in the admission of a higher ‘fiscal deficit’ for FY’21, etc.).

This surely helps in doing away with the quibbling of hidden bad news in mounds of budget numbers – which had become a norm by last-year – and for worse, furthered more distrust in the government’s own statistical machinery.

A push for large, expansive government spending through a Rs 5.54 trillion capital expenditure outlay, with a major kickstart to government financed infrastructure for investing in better logistical mobility – roads and highways – is surely welcome, assuming there is more of such private investment parked at the door, waiting for a green signal somewhere, to compliment the government’s efforts.

The finance ministry’s serious intent in making the National Infrastructural Pipeline (NIP) mechanism work in the months ahead is something to closely monitor (alongside the banks which will be part of this funding channel), given how most of the covered projects under this plan are likely to be stuck or clogged in bad debt traps on the ground – or have been affected by weak consumer demand, say in real estate segments like residential housing projects.

It is not clear how firms and banks will be able to get out of such vicious entrapments of debt in a weak consumption cycle.

However, where this budget more noticeably disappoints, despite all its high hopes, is in its inability to neither acknowledge, nor address ‘thorns of the past and present’. These are embedded in crises of high unemployment, low social-spending in creating social security for lower middle class workers, and putting more (disposable) money in the hands of those who need it the most (via tax incentives).

When major asset owners and profit earners have maximised their profitability during COVID-19 last year, the real crisis in hand is still evident in the declining wages for (middle income) salaried classes and a disproportionately high loss in jobs across urban and rural areas. There is nothing in this budget for these millions – either in terms of direct personal taxation (or exemption) benefits, or a plan to set a more robust and targeted job-creation plan in place (say through an urban-focused job creation plan similar to MGNREGA) – at least within the public sector. This is a proposal many thought might have got a nod this time for national level implementation. 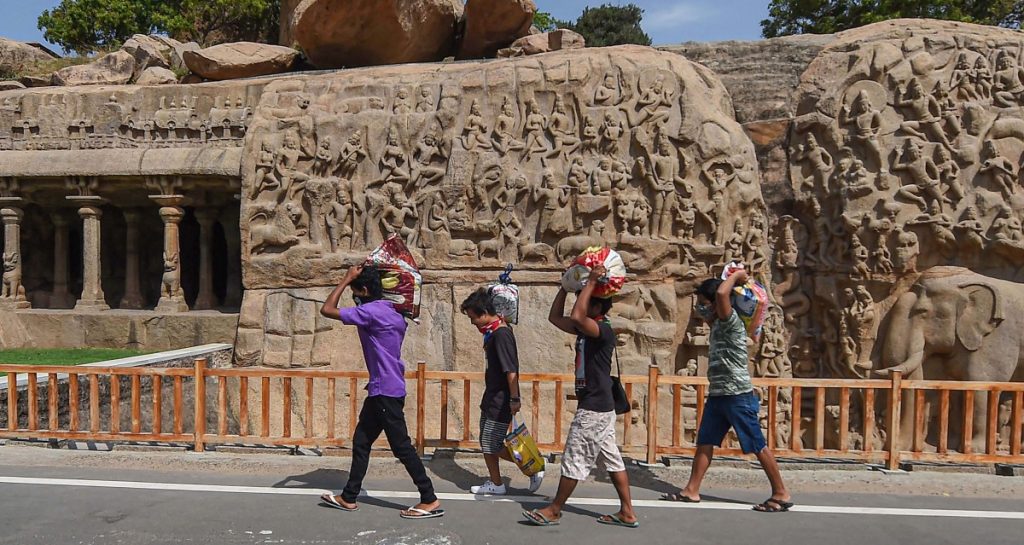 Agonising narratives from daily-wage workers, who are struggling to find work in cities amidst a national level ‘unemployment crisis’ also did not find any mention in finance minister’s speech (and the same could be said about the two volumes of CEA’s Economic survey for 2021-22).

On top of all this, the imposition of an ‘agri infra cess’ (the receipts from which one still does not know will be spent on what exactly) will only increase the burden of lower income classes in terms of paid for higher expenses on petrol, diesel cost. Rather, imposing a direct ‘COVID-19 consumption cess’ on the ultra-rich (the top 5%) while addressing the deepening wealth inequality, would have made more sense now as against the imposition of a regressive indirect ‘cess’ on all.

The unemployment crisis has also had the worst impact on women across both urban and rural areas. Nothing was done to specifically target sectors or areas that could help enhance the female-male labour force participation rate in the organised segments, say in areas of agri-business, textiles and low-paid services, where ‘women’ engagement (in the unorganised segments too) is high.

On child nutrition too, it would also be critical to see to what extent allocations for children based nutrition schemes across states have ‘actually’ increased in terms of year-on-year changes. In previous years there was a decline in spending on centrally financed nutrition schemes.

In summation, if the Union government’s hope to create enough ‘jobs’ for the increasingly jobless is through a higher fiscal spending plan that is vaguely defined in the form of a government-financed infrastructure project pipeline, at a time when overall domestic private investment is woefully low across sectors (including in construction and real estate), and most labour-intensive manufacturing units are already struggling with low demand and capital, then, not much is likely to change in months ahead with respect to the quality of economic recovery one would actually hope for.

Thus, despite its ‘pro-growth’ outlook in spirit, this budget fails to acknowledge, accommodate and address the needs of millions in India’s struggling working class.

The aam admi, it seems, is likely to become more and more nirbhar on an ultra-rich asset owning class of elite that has only benefitted in earnings and profit margins during a pandemic-induced crisis. The evidence of this is for all to see in the irrational exuberance seen in the 2,000-point bump in stocks after the finance minister’s budget speech.