Sitharaman’s ‘Budget of Giveaways’ Will Not Help India's Broken Economy

The nearly 1,000 point drop in the Sensex shows that spending power will not suffice to trigger an economic recovery. 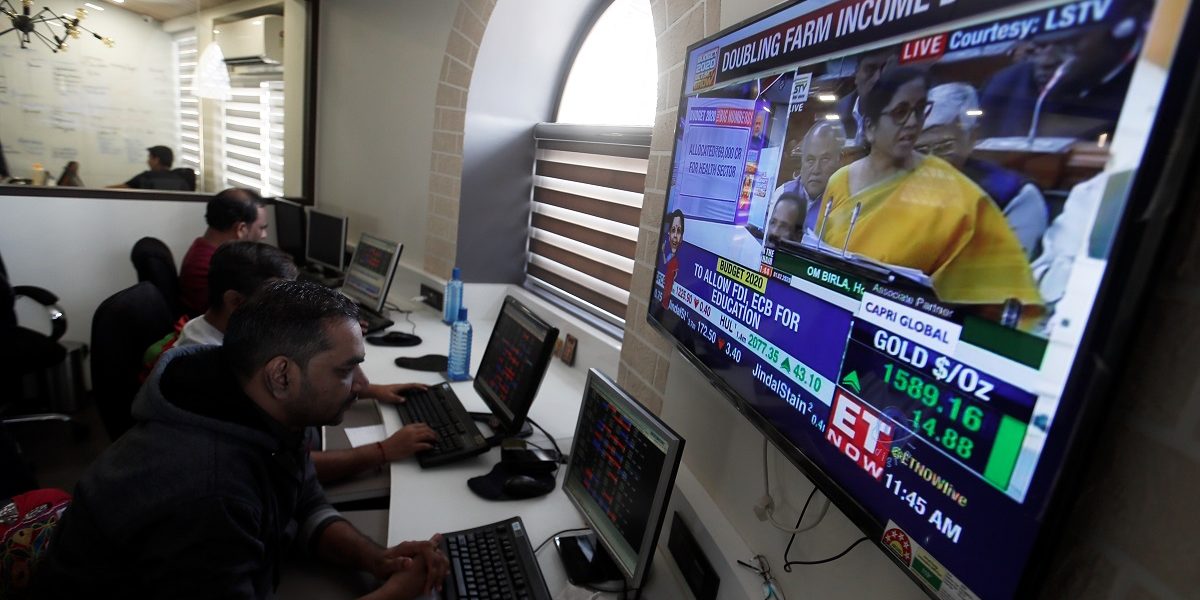 It could have been the best budget India had had in the past decade. And the shortest. Instead, it was the worst and the longest. Early in January, Prime Minister Narendra Modi had held a quiet meeting with fifteen of India’s top industrialists to get their views on how to revive the economy. Apologising to them, for not having met them earlier, and not being able to meet them one-on-one even now, for shortage of time, he said:

“Please treat this as 15 one-on-one meetings, and tell me exactly what you believe will start the economy growing again. Please take as much time as you want. I will take notes on what you say.”

And that is what he did. There was a junior officer from the PMO  in a corner of the room, who took notes. Halfway through the meeting, Modi began to take notes himself.

Among the industrialists, a consensus emerged on three issues: the need to revive stalled infrastructure projects instead of abandoning them and starting afresh, as new projects would prove far more expensive and take longer to complete; to make this possible by re-creating a purely investment bank on the lines of the old Industrial Development Bank of India, fund it to the tune of Rs 200,000 crore or thereabouts and get it to buy a large portion of the shares of the stressed companies, so that they became viable once more; and to bring down the GST from the present average of 22% to 15%, as had originally been suggested by Arvind Subramaniam, among others, when he was the chief economic adviser.

One other ingredient needed to complete the formula for recovery – a further sharp lowering of lending rates by commercial banks to enable stressed companies to refinance their accumulated debt at a lower rate of interest (as the state governments had done after A.B. Vajpayee’s finance minister, Yashwant Sinha, had slashed lending rates in 2001 and 2002) remained unresolved. But had Nirmala Sitharaman even announced the other three measures, the Sensex would have shot up by 1,000 points instead of falling by an equal amount.

But Sitharaman was not present at the meeting. Nor was there any hint in the Economic Survey that she might have been briefed by the prime minister. Indeed the absence of any meaningful coordination between the PMO and the Ministry of Finance was visible in the Economic Survey, presented yesterday, for the survey once again described the economic crisis as a ‘cyclical slowdown’, and recommended what is usually called ‘pump priming’ – an infusion of spending power into the economy to boost demand. And that is about all that Sitharaman’s ‘budget of giveaways’ will achieve.

Will more spending power suffice to trigger an economic recovery. The drop in the Sensex shows that the market knows it will not. For what India is in the throes of is not a (trade) cyclical slowdown but an economic breakdown. Cyclical slowdowns automatically reverse themselves of one waits long enough. Two centuries of experience of the industrialised market economies has shown that the usual trade cycle rarely takes more than seven years to complete itself. India’s “slowdown” – the so-called downward phase of this “cycle”,  is now in its ninth year. It is therefore time for this government to concede that  India is suffering not an economic slowdown but an economic breakdown.

Clinging to the politically convenient belief that all we are suffering from is a slowdown has prevented the government from even mapping, let alone applying, the remedies that are needed to re-start economic growth. For all that it has done so far is to get the RBI to bring its main policy interest rate, the Repo rate, down from 6.5% to 5.15% between February and October 2019. This has, predictably, done nothing to halt the slide down in India’s GDP growth rate from 6.8% in 2018-19 to an expected 4.9% this year.

The blame for this is now being put upon commercial banks, who are being castigated for passing on less than a third of this rate cut to borrowers. But the policy making apparatus of the RBI and the Ministry of Finance has shied away from asking why they are not doing so. The answer, which they undoubtedly know but are not willing to discuss, is that such a large proportion of their loans is now irrecoverable, that they are no longer able to meet their interest commitments to depositors and various government subsidisation programmes. They cannot therefore be blamed for fearing that a further reduction of lending rates will tip them into the red.

How has India’s vibrant economy been broken? The single, short answer is, ‘by a regime of monstrously high rates of interest born out of the RBI’s unquestioning, and economically stupid, adoption of the doctrine of “inflation targeting”. This doctrine was coined in 1992 by the Bank of England and adopted with alacrity by industrialised countries and the IMF because it yielded not only price but also exchange rate stability. The rich nations needed the latter even more than the former because it was an absolute pre-requisite for maintaining their currencies as the reserve currencies of the world, and attracting the export surpluses, and private savings of the wealthy in the rest of the world as capital transfers into their banks. Faced with de-industrialisation, a shrinking tax base and mounting social security commitments to an ageing population at home, these inflows were essential for allowing them to continue living beyond their shrinking means.

To the rich nations, price stability was the end in itself, so knowing the cause of the inflation was not important. But for developing countries knowing whether it was an excess of demand or shortages of supply was a matter of life and death. For imposing high interest rates on an economy where prices were rising because of shortages of supply could only worsen the shortages and push up prices further. In short inflation targeting in a shortage ridden economy produced not growth but stagflation.

If stagflation is allowed to persist long enough, it ends not in an economic slowdown but an economic breakdown. That is what India is in the throes of today. By the middle of 2018, India had Rs 1,160,000 crores worth of abandoned projects, nearly all in infrastructure and heavy industry; the public sector banks had more than Rs 9,60,000 crores of irrecoverable debt and had lost their capacity to lend, and this had created a funds crisis in the Non-Banking Financial Companies (NBFC) sector, which oiled the wheels of the economy through its various rapid payment systems. 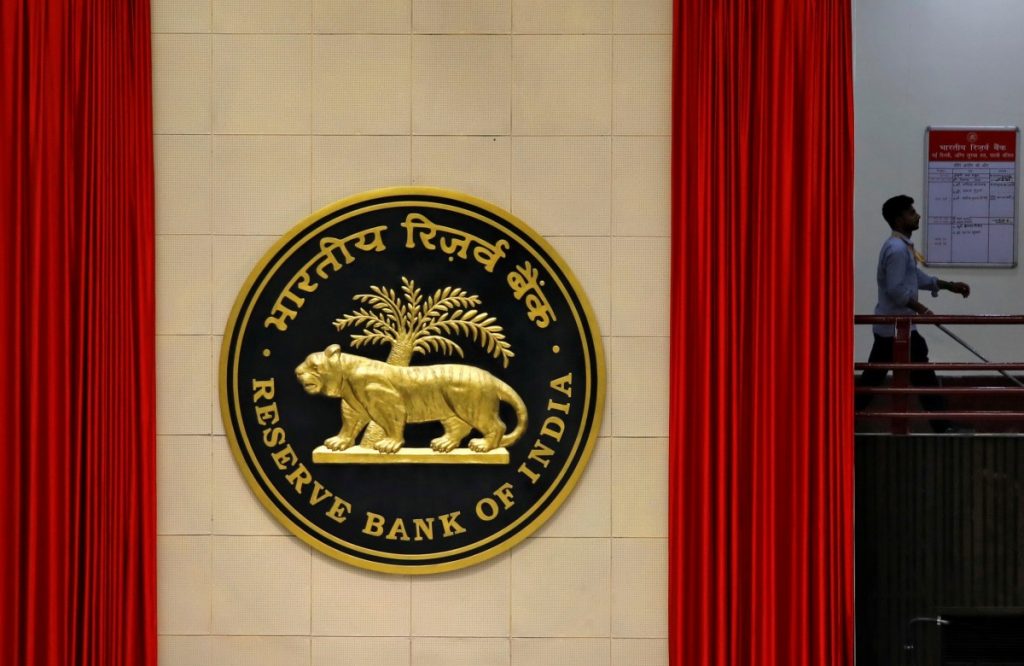 The RBI’s unquestioning adoption of the doctrine of ‘inflation targeting’ has played a role in the economic breakdown. Photo: Reuters/Anushree Fadnavis/Files

The capacity and willingness to take risk

What was worse, eight years of relentless inflation targeting by the RBI, begun in March 2010, had ended by destroying entrepreneurship – the capacity and willingness to take risk, which is the essential fourth requirement of modern economic growth (after land, labour and capital). By June 2018, 78 of the largest companies in the country were facing dissolution under the Indian Bankruptcy Code. Of them, 20 had already been declared insolvent and sent to the National Company Law Tribunal for dissolution.

Another 30 companies, all in the power sector, were facing the same fate because the Allahabad high court had denied them more time to sort out their woes. The debt of these companies alone amounted to Rs 140,000 crore. Another 92 companies were headed for the chopping block because they were more than 180 days behind on their loan repayments. And loan defaults by small companies had doubled in the previous 12 months, heralding the NBFC financial crisis that burst into the open at the end of the year.

Since then, things have grown dramatically worse. Nirmala Seetharaman’s budget could be the Indian economy’s death.