Missing and Wanted in Budget 2020 – a Boost for India's Economy

The budget needed to step up infra expenditure in rural areas and also boost agriculture expenditures. Without this, growth cannot turn around. 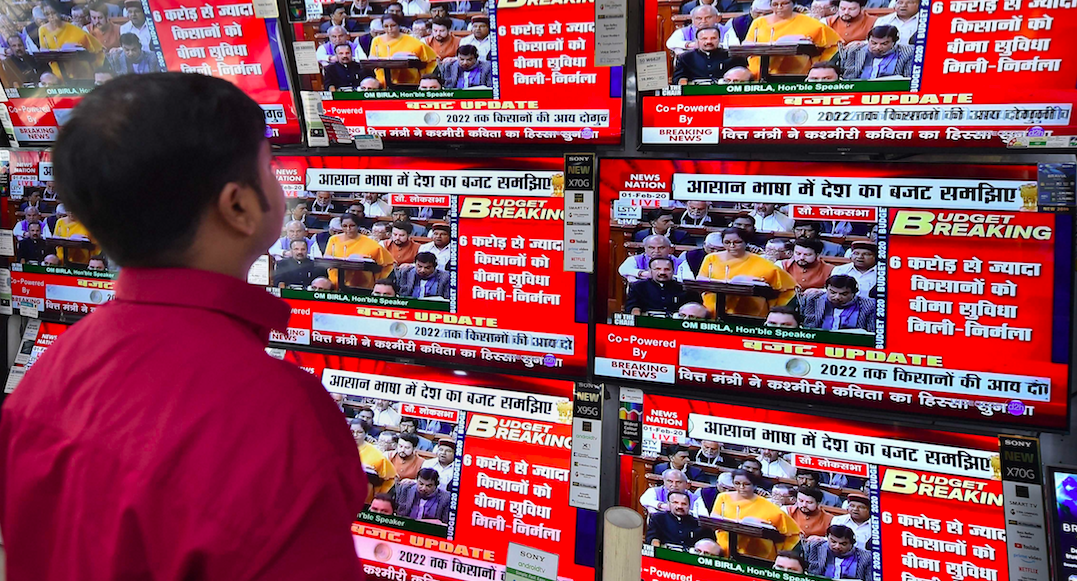 The Union Finance Minister’s speech on Saturday was as long as the crisis of the Indian economy is deep.

Be that as it may, the moot point is, will it help resolve the crisis in the Indian economy? That is what was expected.

Even officially, it is now admitted that the rate of growth is the lowest in the last one decade, after the year of the global financial crisis. All signs currently are that the economic situation is much worse than it was in 2008.

At least then the rate of growth was high (at 8%) and the fiscal deficit was low (at 3%) which gave enough fiscal space to boost the economy. Now the fiscal space does not exist.

It was expected that the budget for 2020-21 would somehow give a boost to the economy. But the budget speech does not give the confidence that the crisis confronting the economy will be tackled.

The length of the budget speech is an attempt to show the public that the government is on top of the situation facing the economy. The speech started by arguing that the macro parameters are all robust; so no crisis. If that is the case, then no big steps are required to be taken; and that is the case with the budget.

This is possibly only the public face of the budget since most people only look at what is in it for them. They do not analyse what it may mean as a whole – people are micro thinkers and not macro analysts.

The length of the budget speech is an indication that internally the party in power is aware that various sections of the population are hurting and it is necessary to try to cater to them – marginalised sections – farmers, MSME, middle classes, domestic producers, businesses and so on. That is why the FM started by talking about a ‘caring’ society.

In a budget of about Rs 30 lakh crore or 13.3% of GDP, there is enough money to give something to all sections and all sectors. But the issue is will there be enough money for all the big announcements.

The government maintains that it will double farmers’ incomes by 2022. It assures that it will achieve the target of Rs 104 lakh crore for infrastructure investment. It continues to talk about achieving a $5 trillion economy.

Eventually that will happen but the issue is whether it would happen by 2024?

How will the rate of growth stop declining and the economy turn around? Last year the rate of growth projected for 2019-20 was 12% nominal with a real rate of 7%. Now it turns out to be 7% and 5% respectively. Just like these projections have turned out to be incorrect, now too the projected rate of growth of 10% nominal and 6% real for 2020-21 would not be achieved, till the problem is frontally confronted.

The fiscal deficit in the budget was fudged for 2018-19 and again in 2019-20. It must reflect the real deficit consisting of the Centre’s deficit and that of the public sector. As the CAG pointed out last year, if the two are added, then the deficit would be more like 5.8% and not 3.4%. The same is the situation in 2019-20.

This brings one to the issue of transparency of budgetary numbers.

The revenue shortfall also impacts the states since they get less of transfers than they could have got and they also are forced to cut back and that further aggravates demand problem.

The Budget Estimate for 2019-20 for revenue was Rs 24.6 lakh crore but the Revised Estimate shows Rs 21.6 lakh crore. A short fall of Rs 3 lakh crore or about 12%. Collection of all taxes are less than what was projected last year.

So, expenditures had to be cut back. Given that private consumption has been adversely impacted and investment rate has continued to fall, it was expected that the government expenditures would give a boost and that was also cut back from the expected figure so that it aggravated the demand problem. In 2020-21 too, if the rate of growth of the economy continues to fall, revenues will be less and expenditures may again have to be curtailed.

Another source of spending for the government is the Internal and Extra Budgetary Resources (IEBR). This has been rising and that is also the case in 2019-20.

LIC shares are to be sold as a big ticket item. Just like, in 2019-20, will such a big target be achieved? There are many a slip between the cup and the lip. How much dividend will the RBI be asked to give to the government is another matter. If these targets are not achieved, there will be further slippage.

The problem of demand emerged from the unorganised sectors of the economy.

That is where the expenditures needed to be boosted. MGNREGS which gives employment to the unorganised is being cut back from a revised estimate of Rs 71,000 crores to Rs 61,000 crores.

Since 100 days of work is not being made available under the scheme, this needed to be stepped up rather than cut back. Similarly, the expenditure on agriculture and allied activities was slated to be Rs.1.5 lakh crore but what is being spent it Rs.1.2 lakh crore (20% short) now it is slated to be Rs 1.55 lakh crore (in 2020-21).

This year, rural development spending is Rs.1.43 lakh crore and next year it is going to be Rs.1.45 lakh crore; almost static. Thus, there is hardly any increase in expenditures on agriculture and rural areas even though the budget speech made out that there is a big step up.

A big boost here would have boosted demand in the economy.

In brief, to boost the economy, the budget needed to step up infrastructure expenditures in rural areas and also boost the rural and agriculture expenditures but none of this is happening so that the boost expected is not likely to materialise and growth will not turn around so that the budget figures will again suffer the same fate as in 2019-20.