Budget 2019 Is About Winning Over Hearts, Even if the Math Doesn't Add Up

A number of manipulations have helped the government keep to its fiscal target – or at least near it – despite adverse trends in receipts. 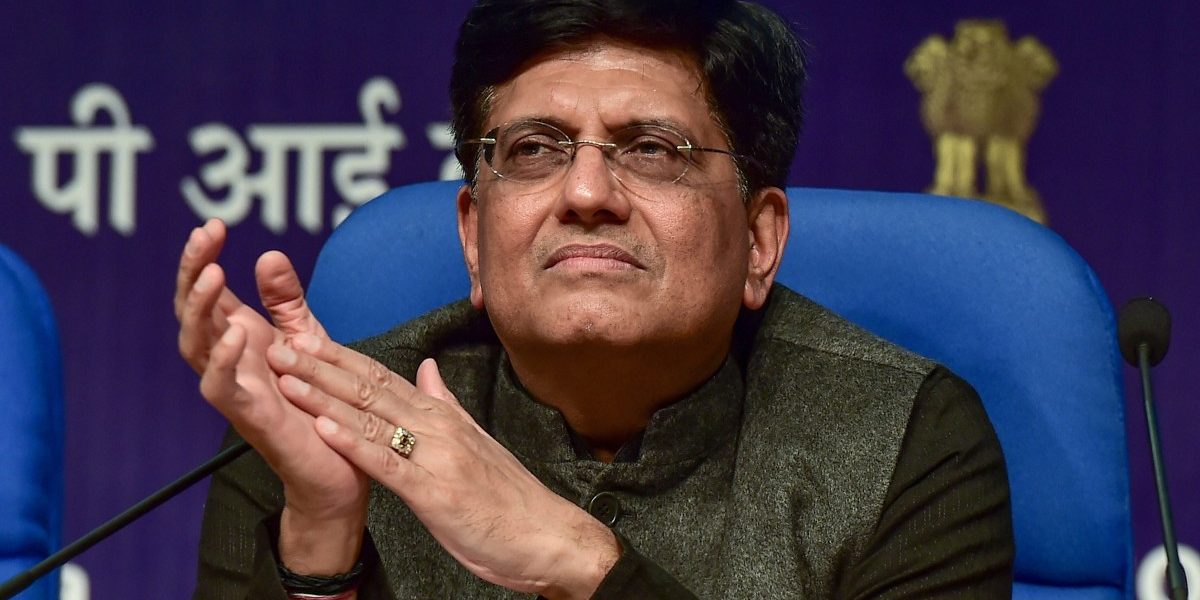 In a pre-election budget speech filled with propaganda about the supposed developmental achievements of the Narendra Modi government, acting finance minister Piyush Goyal read out a text that both window-dressed the revised estimates and violated all norms that should apply to an interim Budget.

Even while engaged in a desperate bid to win over the electorate, the government could not allow itself to deviate too much from its commitment to please international finance with a magic fiscal deficit figure in the neighbourhood of 3%.

The Goods and Services Tax (GST), which was supposed to be a game changer, has delivered Rs 1,00,000 crore less than budgeted, though the adverse effect of that falls substantially on the states.

A number of manipulations have helped the government keep to target despite adverse trends in receipts – or at least near it.

First is the “revision” of GDP estimates, which by consistently hiking the size of the national cake helps depress the ratio of the fiscal deficit to the GDP.

Finance minister Jaitley had set his disinvestment target in Budget 2018-19 at Rs 80,000 crore. He was possibly expecting even larger realisations through measures that drained PSE surpluses, giving him much fiscal manoeuvrability in a pre-election year while achieving his fiscal deficit targets.

Eight out of 16 disinvestment transactions were “buybacks” of government-held equity by the PSUs concerned. Surprisingly, thus far there does not seem to be evidence of success. Excluding the most recent buyback of equity by Indian Oil Corporation and ONGC, disinvestment receipts are currently placed at a little more that Rs 34,000 crore in 2018-19, which is not even halfway to the target.

The government also plans to mobilise in excess of Rs 10,000 crore by selling its 52.63% stake in the Rural Electrification Corporation to the Power Finance Corporation, which too it owns.

A shout-out to voters

Principally, the speech lays out three sets of changes on the expenditure side with the hope of winning votes at election time: to provide for a Rs 6,000-crore cash transfer in a year to “landholding” farmers with holding size up to 2 hectares, a contributory pension scheme for unorganised workers with monthly income up to Rs 15,000 and a set of direct tax concessions for those with taxable income less Rs 5 lakh a year and for salary earners.

What is striking about these pre-election sops is not the gain which each beneficiary would register but the numbers who would feel that they have been benefited. The cash transfer to the farmer of Rs 6,000 a year amounts to Rs 500 – or Rs 100 per capita for a family of five. That is nothing, as many farmers would recognise.

But since the scheme is expected to cover 12 crore landholders, the government obviously expects the sheer sweep would make a difference. It also requires allocating (even if not finally delivering as in the case of other schemes) an annual sum of Rs 75,000 crore.

What it, however, does not take into account, is possibly the fact that it has left the farming community and all dependent on agriculture, languishing for the last four-plus years, and even accepted the Swaminathan Committee recommendation for a minimum support price of 150% above costs only in its last year in office. This sudden election-year concern for farmers will possibly not wash.

The same holds true for the pension scheme for unorganised workers. This is not for the existing elderly, but for those who register for the new scheme (Pradhan Mantri Shram-Yogi Maandhan) and keep paying a monthly contribution. A 29-year old would have to pay Rs 100 a month or Rs 1,200 a year for 30 years, till she turns 60, to be eligible for a pension of Rs 3,000 a month.

Even at a 5% inflation rate, Rs 3000 after 30 years would amount to less than Rs 700 in today’s prices. Rather than play such games, a proper pension scheme should offer the elderly at least half the prevailing minimum wage and should be universal. That would be about Rs 5,000 per month today.

Finally, the enhanced exemption limit for taxation provides a zero tax concession for those with taxable income between Rs 2.5 lakh and Rs 5 lakh, without making much difference to other taxpayers. To compensate the salary earners for this neglect, the interim budget provides for an increase in the standard deduction for salary earners for Rs 40,000 to Rs 50,000.

Despite these concessions, income tax receipts are expected to remain unaffected relative to the budget estimates. As compared to a “projected” receipt of Rs 5,29,000 crore in 2018-19 (exactly the same as the budgeted estimate), the 2019-20 budget provides for an increase to Rs 6,20,000 crore. The concessions provided here are possibly not too large in aggregate terms.

Put together, these meagre “sops” that were accompanied by thumping of desks and followed by “Modi, Modi” chants, are a pathetic effort to mobilise voter support at the last minute.

These features of the “interim budget” speak for themselves. This was, as expected, a propaganda effort, with no well thought out strategy or real intent.

Whether people, who were promised large transfers of expropriated money into their bank accounts and received nothing, will trust these promises is to be seen.