Once a thriving industry in Bihar, the state sugar units contributed towards 30% of India’s sugar needs, but currently, they are in doldrums, fighting for survival. 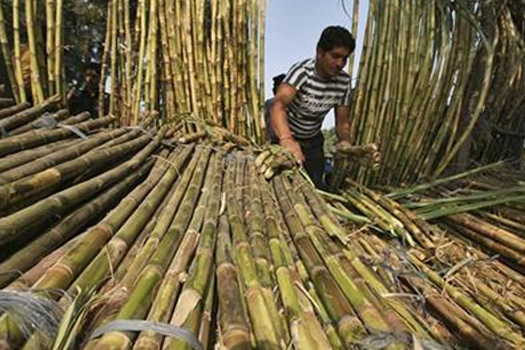 Patna: Election season in Bihar has always been a good time for politicians to make speeches about defunct sugar mills in the state. Once one of Bihar’s biggest employers, the sugar industry has been in the doldrums for decades. But after the votes are cast, sugar factories recede to the background again.

This pattern has been noted all through Nitish Kumar’s 15 years as chief minister of the state. Far from reviving the sugar industry, which began its downward slide between the 1970s and the 1990s, the state government has seemingly done nothing. And given that the nationwide lockdown earlier this year caused yet another sugar mill in Bihar to finally go under, it seems unlikely that Bihar will ever regain its old position as the producer of 30% of the country’s sugar. Currently, it contributes only 2% of the country’s sugar needs, and of the 28 sugar mills it had in the 1980s, only 10 are surviving.

At Motipur Sugar Factory west of Muzaffarpur in north Bihar, 63-year-old Siya Ram Singh, the mill’s former machinist, still hopes that the mill will be revived. When it closed in 1996–97, about 25,000 people lost their jobs and thus their economic stability, says Singh. Since then, Nitish Kumar has promised before every election to have it re-opened, but it remains unrealised.

In 2011, the BSSC leased out the Motipur Sugar Factory to Indian Potash Limited (IPL), a private company. This was subsequently challenged by the former mill owner in the Patna high court since one of the clauses of the 1985 Acquisition Act had been that the BSSC could only hand over the mill to a government-owned company. In 2012, a single judge bench of the Patna high court cancelled the lease agreement between the Bihar government and IPL, and directed the government to return the factory and the lands to the BSSC (which had been owned by the state government but it had closed in 2006), which was then to return them to the former owners.

Since then, the Bihar government and the former owners of the Motipur Sugar Factory have been battling for ownership in the Supreme Court and the mill has remained closed.

According to a senior member of the Motipur sugar mill management, who preferred to remain anonymous, had the transfer of the mill to IPL actually happened, the factory’s assets would have been sold and the workers’ outstanding dues would never have been paid.

“Nitish Kumar’s government played foul by leasing it to a private company contrary to the provisions of the 1985 Act, which says that the state government is authorised to transfer a scheduled undertaking either to the corporation or to a government company,” he says.

Hedaytullah Khan (59), a former clerk at the Motipur factory, has spent more than two decades in despair. “I started my job earning Rs 290 a month and ended it earning Rs 3,000. If the mill had survived, I would be earning Rs 14,000 a month today. Instead, I earn Rs 6,000 a month at a two-wheeler showroom, which is not sufficient for my family,” he said. 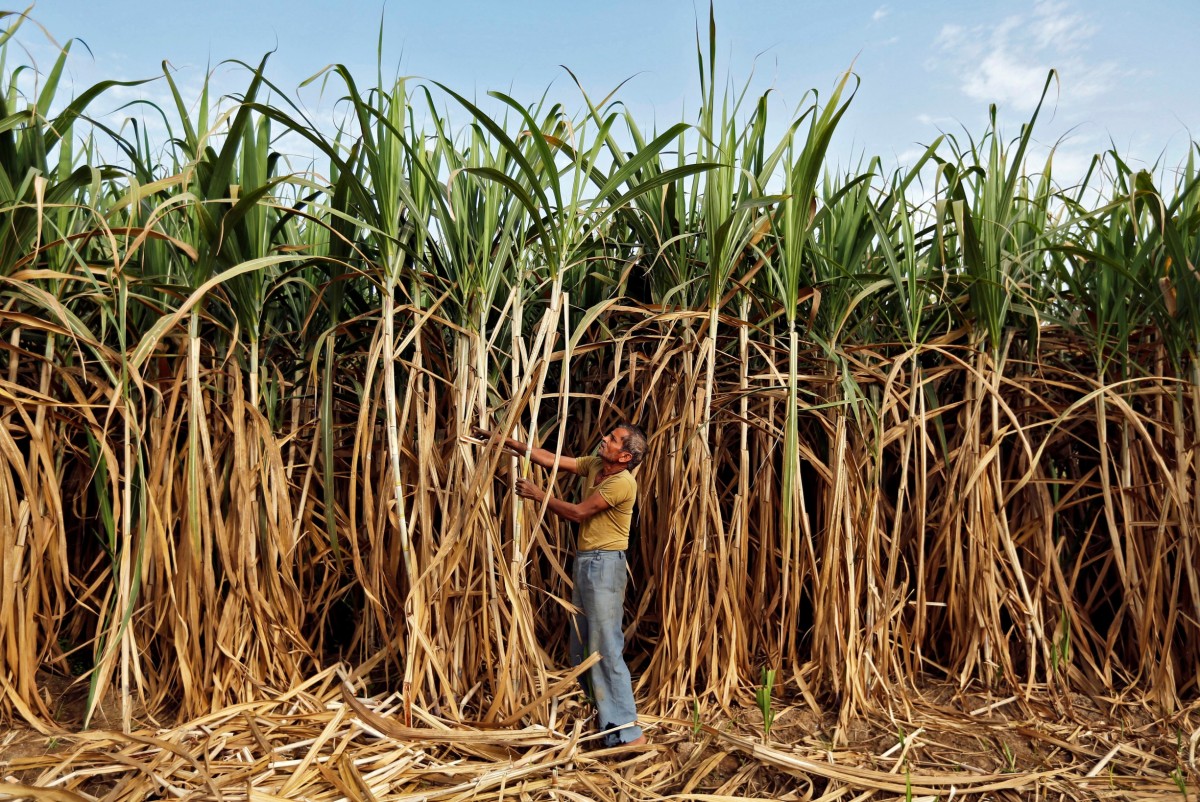 Like the Motipur sugar mill, the Samastipur sugar unit in Samastipur town was taken over by the BSSC in 1977, but had to be closed down in 1997 due to cash and operational issues. Elsewhere, Goraul sugar factory in Vaishali district has been the subject of grievance for two decades. When it closed in 1994, 700 workers lost their jobs. According to 62-year-old Ram Hari Das, a former worker at Goraul, the loss of employment and the dearth of alternative means of earning meant that hundreds of families left the area. Now, only 25 families reside in the factory quarters.

Last year, the Goraul Sugar Mill Mazdoor Sangh pleaded with Vaishali’s district magistrate to pay the pensions of retired workers and the salaries of those workers who are still officially on the sugar mill’s records as employees, but to no avail. The factory was taken over by the BSSC in 1997, but has not functioned since 1994.

In West Champaran district, Chanpatiya Sugar mill stopped crushing cane in 1985, leaving 1,000 workers unemployed. Former mill employee Ishwar Singh has told The Wire that the mill had been mismanaged by its owners to such an extent that it had gone bankrupt. Nitish Kumar had apparently promised the revival of the mill during an election rally in 2010, but the mill remains closed.

East Champaran district has two closed sugar mills: Hanuman and Chakia. Workers of the Motihati-based Hanuman Sugar Factory, which closed in 2003, continue to demand their pending dues, although both the mill management and the government have remained unresponsive so far despite the deaths of two workers by self immolation in 2017.

Also read: Sugarcane Farmers Caught in a Complex Web of Negligence in Eastern UP

Ramparvesh Thakur (55), a former field supervisor at the mill, borrowed from a moneylender when he lost his job and opened a small grocery shop. But Thakur does not feel financially secure. “When I worked at the sugar mill, I had a sense of job security and economic balance. Now I do not. The state government should help us get our arrears and also utilise our agricultural output of fruit, vegetables and cash crops,” he adds.

In Madhubani district, the Lohat and Sakri sugar factories owned by the BSSC remained operational till 1996–97, but continuous losses led to their closure. Meanwhile, the Darbhanga-based Raiyam sugar unit had a rollercoaster ride for decades till it was acquired by the BSSC and handed over to Tirhut Industries in 2010. Even so, it remains closed.

The latest sugar mill to close in Bihar was Riga in Sitamarhi, which was badly affected by the nationwide lockdown. When the mill closed on May 11, 2020, it made thousands of farmers and 600 mill workers financially insecure. According to the company’s documents, Prakash Dhanuka, the chairman and managing director of the mill, had written to chief minister Nitish Kumar about the company’s dwindling resources a year ago on April 1, 2019, and urged him to save it. Whether the CM responded to this letter or not is unknown.

According to Bishnath Rai (60), once the Riga Mill’s main machine operator, people with specific skillsets like his find it hard to work in other industries. “The closure of the mill has made thousands of us unskilled. We hope Nitish Kumar helps re-start the unit,” he hopes.

“Sugar mills shutting down may be inevitable, but it is possible to revive them or to create an alternative,” veteran Bihar journalist Nalin Verma has told The Wire. “The government’s lack of response to the closing of sugar mills appears to be a deliberate disregard of opportunity,” he adds.

In 2015, during his 2015 assembly elections campaign, Prime Minister Narendra Modi had spoken about the defunct sugar factory in Saran, Marhaura. Today the 1,500 workers who lost their jobs when the mill closed in 1995 are still without employment, says Shankar Bhagwan Ojha, a Marhaura-based farmer. Even worse, the mill reportedly owes Rs 20 crore to the farmers and workers, and there is no sign that these dues will be cleared. And worst of all, when the factory closed, so did Saran’s ancillary industries, such as Morton Confectionary and Saran Distillery. The area is now bereft of employment opportunities. 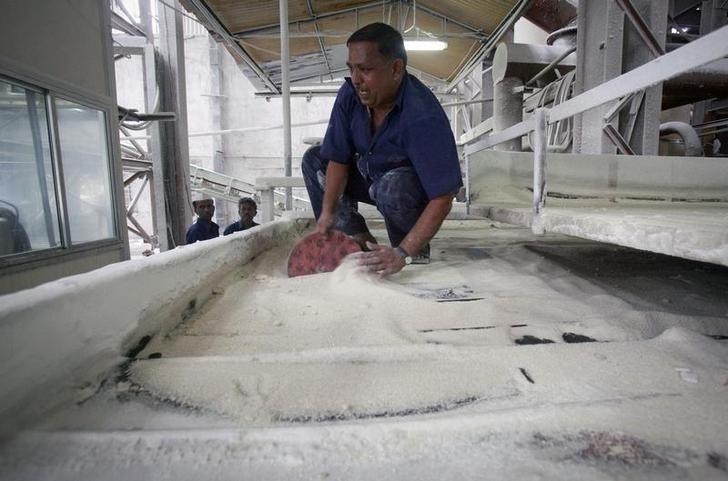 A worker scrapes solidified sugar crystals into a bowl on a production line inside a sugar factory in Satara district, about 285km (177 miles) south of Mumbai May 10, 2011. Photo: Reuters/Vivek Prakash/Files

When government officials are questioned, they focus on production, not employment. According to an official of the Sugarcane Industries Department who has spoken to The Wire on the condition of anonymity, the 10 functioning sugar units in the state produce about 30,000 TCD (tonnes crushed per day) today, which is very close to the 34,540 TCD produced by the 28 functioning mills in the 1980s. The official adds that the Bihar government will revive the closed sugar mills, but it may take time.

Much time has already passed, though. The BSSC, which had come into existence in 1974 to rescue and revive sick sugar mills and distilleries in the state, did not live up to its brief. Former chief secretary of Bihar, Vijay Shankar Dubey, who in 2006 headed the Bihar Administrative Reforms Commission, has told The Wire that the BSSC had been a cesspit of corruption and had had to be closed in 2006. “The inefficiency of the BSSC badly affected the future prospects of the sugar industry in Bihar,” adds Dubey.

According to Patna-based economist Professor Nawal Kishor Chaudhary, sugar mills in Bihar began shutting down in the 1990s when Lalu Yadav was in power, due to falling yields of sugarcane, low sugar prices and high input costs. But nothing has been done to either revive the industry in Nitish Kumar’s three terms as chief minister or even to begin alternative forms of agro-based industries.

“Once, Bihar’s sugar industry ruled the nation’s sugar production, but today it is not even a topic of discussion,” says Chaudhary. “This fall will cost the state’s industrial aspirations dearly, because industries remain a neglected subject in the purview of the chief minister,” he adds.

The Wire has made several attempts to contact Bima Bharti, Bihar’s minister of sugarcane industries, but has not received a response as yet. This story will be updated if a response is received.