Since the lockdown has been extended till May 3, it has become all the more crucial for the government to intervene and ensure that the broader food supply chain operates smoothly. 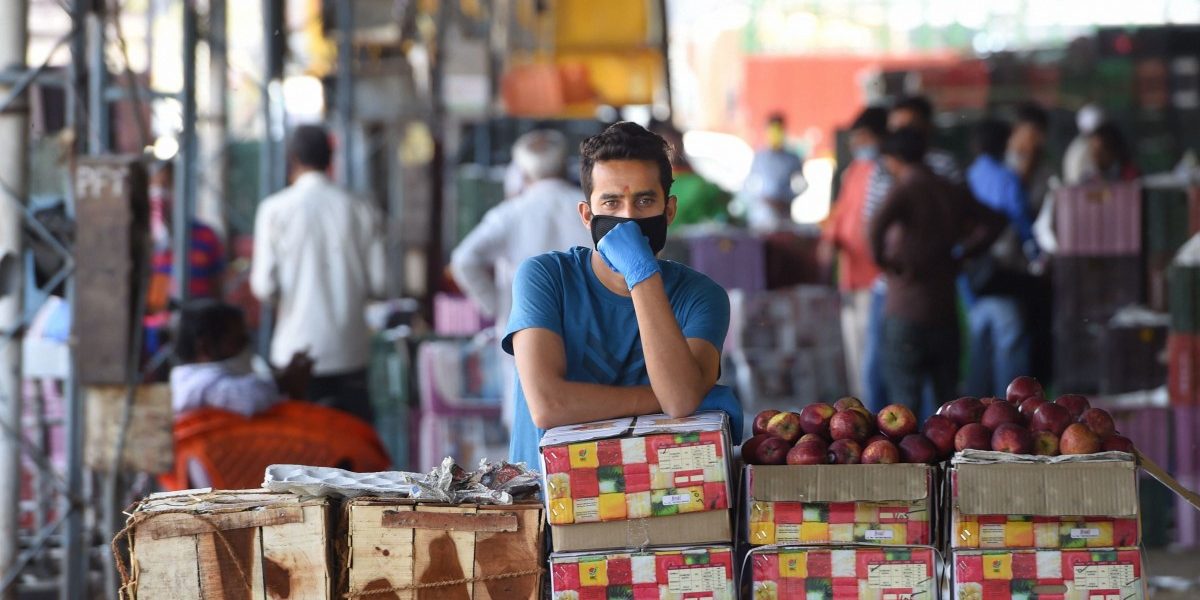 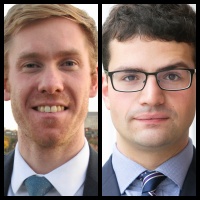 India has taken drastic, life-saving measures to stem the spread of COVID-19. Despite the aim of preserving essential services, the three-week lockdown beginning on March 24 has severely disrupted the country’s food supply chain.

Now, with the extension of the lockdown till May 3, the disruption could continue too.

The disruption can already be seen in Delhi’s (and Asia’s) largest wholesale fruit and vegetable market – the Azadpur mandi – which has seen a precipitous decline in the volume of fruits and vegetables flowing through the market.

Relative to the three prior years, the volume of produce arriving at Azadpur fell by about half on March 24, and has hovered at around that level since (Figure 1). Figure 1: The lockdown caused volumes at Azadpur to plummet.

What accounts for this dramatic drop in volume at Azadpur? Basic economics offers two main explanations for quantity shocks. First, there may be a fall in the demand for produce, perhaps due to a reduction in household incomes or a reduction in willingness to shop outside of the home.

Second, and perhaps more importantly, there may be a fall in the supply of produce due to the increased logistical burden of harvesting, transportation and distribution.

The balance of anecdotal evidence we have encountered suggests that supply-side forces are likely to be the major drivers of the decline in volume.

A first indication is that retail prices for food have risen moderately, by roughly 5% (Figure 2) – if only demand had fallen, we would expect the opposite, i.e. a decline in prices. 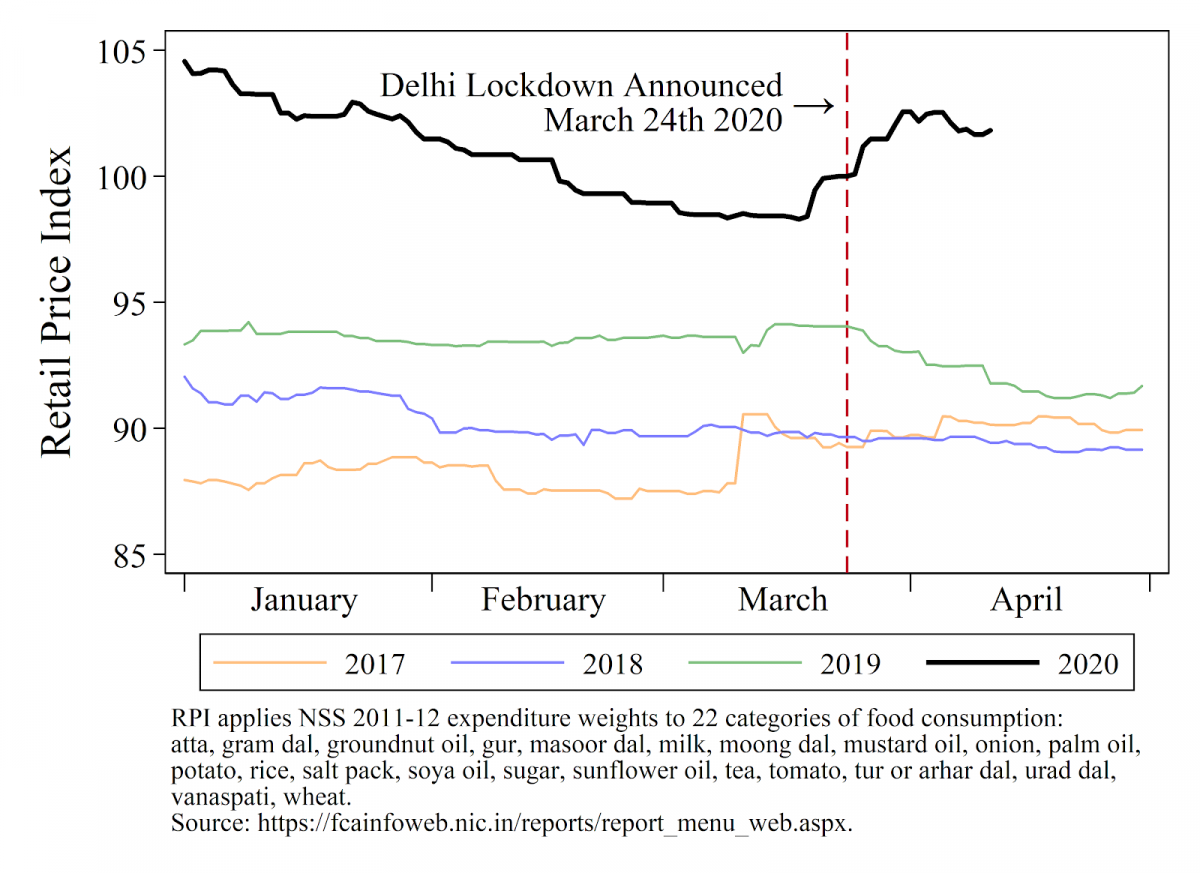 Figure 2: The lockdown was followed by moderate increases in retail prices.

Moreover, interviews with farmers, wholesale vendors and retail vendors suggest that several links of the supply chain may be especially vulnerable.

First, uncertainty about the rules on inter-state travel have made it cumbersome to transport produce across state lines, limiting the produce arriving at Azadpur. Truck drivers have faced increased uncertainty about charges and fees that may be levied at state borders, and even intra-state trucking has been subject to frictions, like police stops. Adding to these frictions, many truckers rely on finding paid work to transport produce in both directions of their journey, which is no longer assured given lower volumes.

Second, as many migrant labourers returned to their homes, a labour shortage at Azadpur has blighted exchange. The scarcity of manual labour has reduced the pace at which trucks can be loaded and unloaded, while a shortage of accountants has impacted the daily recording of transactions.

Watch: Construction Workers Stranded Near Meerut Run Out of Food

Finally, retail vendors – the last link in the supply chain – have substantially reduced their procurement. Bustling weekly markets, at which much of the produce in Delhi reaches consumers, have been shut down to facilitate social distancing. Retail vendors are now often left with little choice but to travel from neighbourhood to neighbourhood in order to find customers, resulting in far more work for many fewer sales. Some retail vendors have decided they would prefer not to sell at all.

While the supply chain suffers, the government has focussed its attention on the lack of social distancing in mandis. Policymakers fear what has happened in Mumbai where a trader tested positive at the Vashi fruits and vegetables mandi, India’s second largest after the Azadpur mandi. This has led to a partial closure of the mandi. 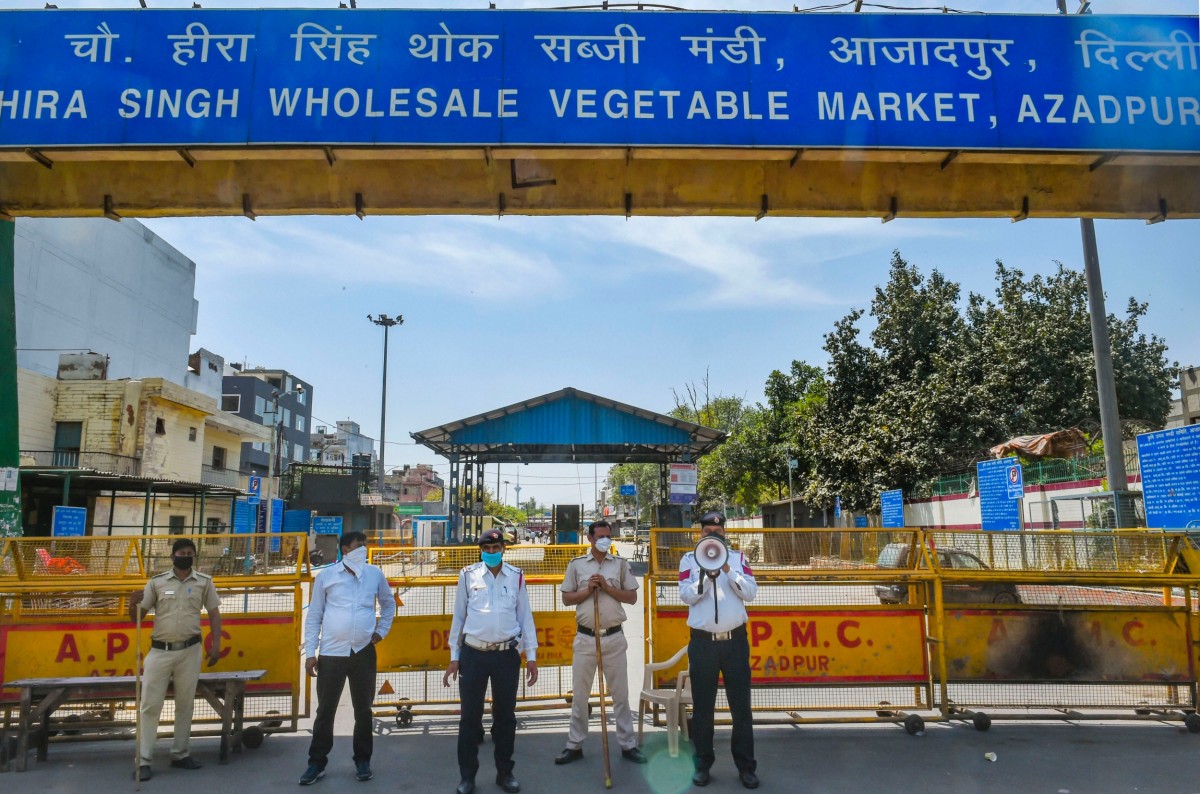 The fear is that if COVID-19 cases are discovered in mandis, they may need to be shut down altogether. The situation has stimulated policy innovation. Ex-transport minister and current development minister of Delhi, Gopal Rai, is bringing the odd-even policy to the mandis – the policy effectively reduced traffic congestion in Delhi; now it will tackle market congestion.

Under the policy, traders with even numbered sheds at the Azadpur mandi are used on even dates and the odd numbered sheds are used on odd dates. Beyond this, vegetables and fruits will now be sold at separate times: vegetables from 6 am to 11 am and fruits from 2 pm to 6 pm. At Azadpur mandi, traders have also been limited to one-truck-per-trader since April 8 and a token system was introduced on April 14 to cap the number of buyers entering the market.

While stark, these policies may well be improving social distancing without exacerbating the existing supply chain disruptions. For one thing, volumes at Azadpur do not seem to have dropped anymore since April 8. One-truck-per-trader is not too onerous when volumes are already low, and some traders tell us that they can coordinate easily – combining their orders into one truck, rather than across several.

Similarly, the separating of fruit and vegetable sales only affects vendors that procure both – but now only wholesalers are allowed to buy direct from Azadpur, and most wholesalers buy only one or the other.

On the other hand, three weeks into the lockdown, volumes at Azadpur do not appear to be recovering. The government is right to innovate to ensure social distancing in the mandis. But since the lockdown is now going to continue till May 3, it becomes all the more crucial for it to intervene and to ensure that the food supply chain operates smoothly. There are a range of such policies that should be considered, targeting every stage of the food supply chain.

First, state governments should heed the Central government’s pleas – that neither inter-state nor intra-state movement of trucks should be restricted. Second, labour shortages of non-obviously essential tasks (like truck unloading) should be monitored, and if necessary, tackled through subsidies and other policy tools.

Fourth and most radically, state governments should consider policies that could ease the transactions between retail vendors and consumers, getting retail vendors back to work without sacrificing social distancing.

One option here would be to re-open weekly markets, but only with strict regulations: on ensuring a minimum distance between vendors and between customers lining up, and capping the number of customers allowed in the market at any one time. Such regulated markets may ensure the safety of customers while guaranteeing the continued accessibility of food.

No policy is clear cut, especially in times of heightened uncertainty. But we can all be certain that careful monitoring and innovative policies will be required to see India through the pandemic.

The authors would like to acknowledge contributions of project team member G V Nadhanael (PhD candidate in economics, UBC) and  assistance from Simranjeet Dhir (JPAL) and Toshan Majumdar (JPAL) for field assistance.