As the Mega LIC IPO Looms, Did it Fulfill the Objectives of Nationalisation?

The arguments advanced in favour of LIC IPO are to ensure greater accountability and transparency. 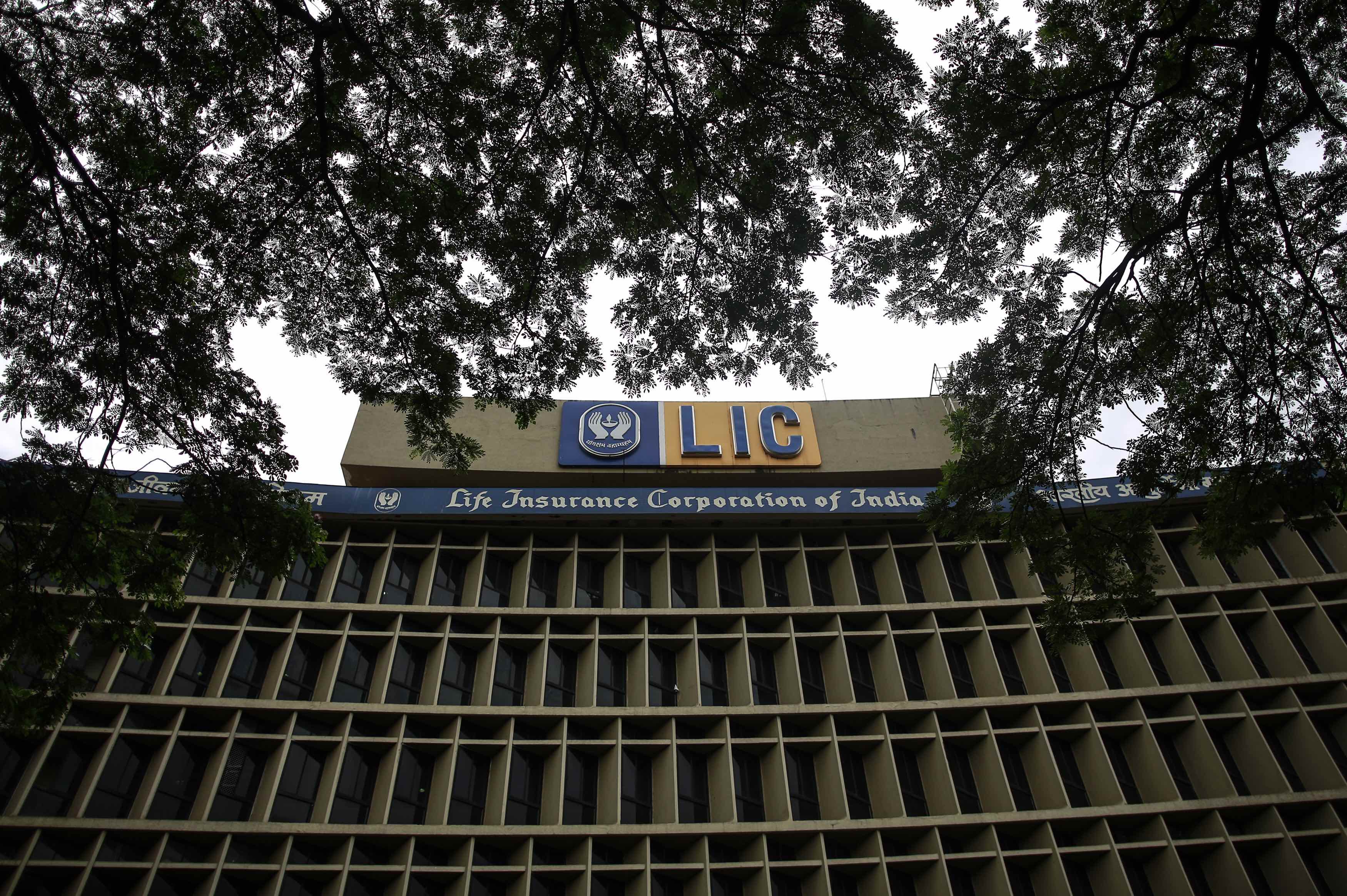 The arguments advanced in favour of LIC IPO by the government are to ensure greater accountability and transparency. But the insurer has always been accountable with an unblemished record of protecting the interests of the policyholders.

The Indian government is making hectic preparations to list the Life Insurance Corporation of India (LIC) in the stock markets through an initial public offering (IPO) in the current financial year.

The necessary legislative changes have been brought to LIC Act surreptitiously as part of the Finance Bill 2021-22 to facilitate the listing. The government is contemplating to bring some more changes to allow foreign capital to participate in the IPO. There are indications that 10% of the share will be on offer initially to mobilise around Rs 1 lakh crore. This would make LIC IPO the largest public offering in India. The trade unions in LIC are opposing the IPO as they consider it as the first step towards privatisation and a threat to the foundational objectives.

LIC was established on September 1, 1956 by an Act of Parliament. The objectives were to provide security to the policy monies and to mobilise savings for development of infrastructure necessary for industrialisation of the country. In the last 64 years, LIC devoted itself to achieve these foundational objectives to emerge as the most successful public sector financial institution.  It has become an inseparable part of the economy and the national development. It is difficult to find any sector of the economy where the footprints of this great institution are not found.  It has made enormous contribution to national development. It has invested around Rs 36 lakh crore in the economy. More than 82% of LIC investments are in government securities and infrastructure sectors.

A trust or a mutual benefit society

LIC was set up with an equity capital of Rs 5 crore in 1956. The capital was raised to Rs 100 crore in 2011 to meet the regulatory norms. Even this additional capital was generated internally. The LIC is a unique institution where the surplus generated through annual valuation is distributed to the government and the policyholders in the ratio of 5:95. This is now changed to 10:90 through amendment to LIC Act.  The government as owner has not contributed any additional capital for the expansion of the business after initial investment. The entire growth and expansion has been done through the policyholders’ money. Even the solvency margin required as per regulations has been provided for through the policyholders’ funds. This unique character of LIC makes it look like a Trust or a Mutual Benefit Society. This being the character of LIC, it is unethical for the government to sell the shares of LIC to meet its fiscal needs.

The LIC has fulfilled the objectives of nationalisation through its splendid performance in the last 64 years.  It has spread the message of life insurance to the remotest parts of the country. It has become the most recognisable brand in the country. With a policyholder base of over 40 crore, it has touched the lives of tens of millions of Indian households. The assets under management of LIC are a whopping Rs 38 lakh crore. It generates annually Rs 4-5 lakh crore as investible fund. It has paid to the government cumulative dividend amounting to over Rs 28,695 crore since inception.

The LIC today is competing with 23 private insurers. Even after 20 years of competition, it is continuing to dominate the market with a share of around 66% in premium income and 75% in number of policies. For the financial year 2021-21, LIC earned a total premium income of Rs 4.02 lakh crore (both new business and renewal). It has earned an investment income of Rs 2.72 lakh crore. The total net income of this gigantic institution for the year 2020-21 is Rs 6.82 lakh crore. It has settled claims amounting to Rs 2.1 lakh crore during this year. This has made LIC the largest life insurer in the world in terms of the number of policies serviced and claims settled. In fact over the years, it has the best claim settlement record in the world.

The roots of this issue lies in the neo-liberalism embraced by the Indian ruling classes in 1991. The core objectives of neo-liberalism are privatisation of public sector; providing greater space to private sector; de-regulation; free flow of finance capital and austerity measures including cut in subsidies to the poor.

These core objectives have been influencing the policies of successive governments. The successful insurance sector too could not escape the impact of these retrograde policies. The Malhotra Committee recommendations on insurance sector reforms were tailor-made to suit the neoliberal agenda. This committee recommended opening insurance sector for participation of both Indian and foreign capital. It advised the government to increase the capital of LIC from Rs 5 crore to Rs 100 crore and disinvest 50% of the shares. The efforts of successive governments to implement these recommendations came under stiff resistance from the employees and public. Ignoring the massive public opinion against denationalisation, the Vajpayee government opened the sector for private participation in 1999 but could not succeed in privatisation of public sector insurance industry. The resistance and campaign led by the All India Insurance Employees Association (AIIEA) prevented the successive governments from taking this route for over 25 years. However, with the brutal parliamentary majority it now enjoys, the BJP government is bent upon disinvestment in LIC to meet its fiscal needs.

The arguments advanced in favour of LIC IPO by the government are to ensure greater accountability and transparency. The LIC has always been accountable to the nation through parliament with an unblemished record of protecting the interests of the policyholders. Since it generates enormous investible surplus every year, the argument that listing will help access to capital too has no meaning. The argument that unlocking the value of LIC will benefit the Indian public is laughable as retail investors in stock market constitute just around 3% of the population. Unlocking the value in real sense is providing the rich, corporate and foreign capital to acquire public assets at a cheaper price.

Also read: Why LIC’s Mega IPO May Not Be a Simple or Smooth Ride

Will it get a fair valuation?

The valuation of LIC is a tricky business. The government has appointed the actuarial firm Milliman to value LIC. It sells more than 50 products and the present value of the future profits of these products have to be assessed. It is the biggest real estate owner in the country after Railways and these assets are located in every part of the country. The value of the real estate has to be arrived at.

LIC has many subsidiaries, both in India and abroad, and they also have to be valued. Moreover, it has a brand value which is difficult to estimate. There are expectations that in the next few weeks, the valuation will be arrived at. This, by rough estimates, cannot be less than Rs 10-15 lakh crore. This sounds astounding as this value has been created on a capital of Rs 5 crore. It is very difficult to say whether this could be a fair value. We have experienced that public sector units that are sold by the government have always been undervalued.

The experience has shown that disinvestment finally leads to privatisation. Disinvestment will surely shift the focus from national development to maximisation of profits for the shareholders. The entire business model of LIC in the process will have to undergo a change.  There will be concentration on elite business with high premiums to the neglect of socially necessary insurance for the weaker sections of the society. There will be more concentration on urban and metropolitan centres at the cost of Rural India. In order to ensure greater profits, there will be a tendency to sell policies capable of giving better returns to the shareholders rather than encouraging traditional endowment products. Such a situation will be a serious drawback for mobilisation of funds for social and infrastructure development.

The government is also allowing foreign capital in LIC. This will certainly enable the foreign capital to gain greater access and control over the domestic savings which would harm the national development project.

LIC is too important an institution to be privatised. The LIC IPO which would certainly lead to future privatisation of this great institution has serious ramification for the entire national economy. Therefore, it is the responsibility of the entire society to oppose the government move towards disinvestment in LIC and its ultimate privatisation in the interests of national economy and economic freedom.