It is at times like this that the Centre must step up, and not hide behind the language of private contracts. 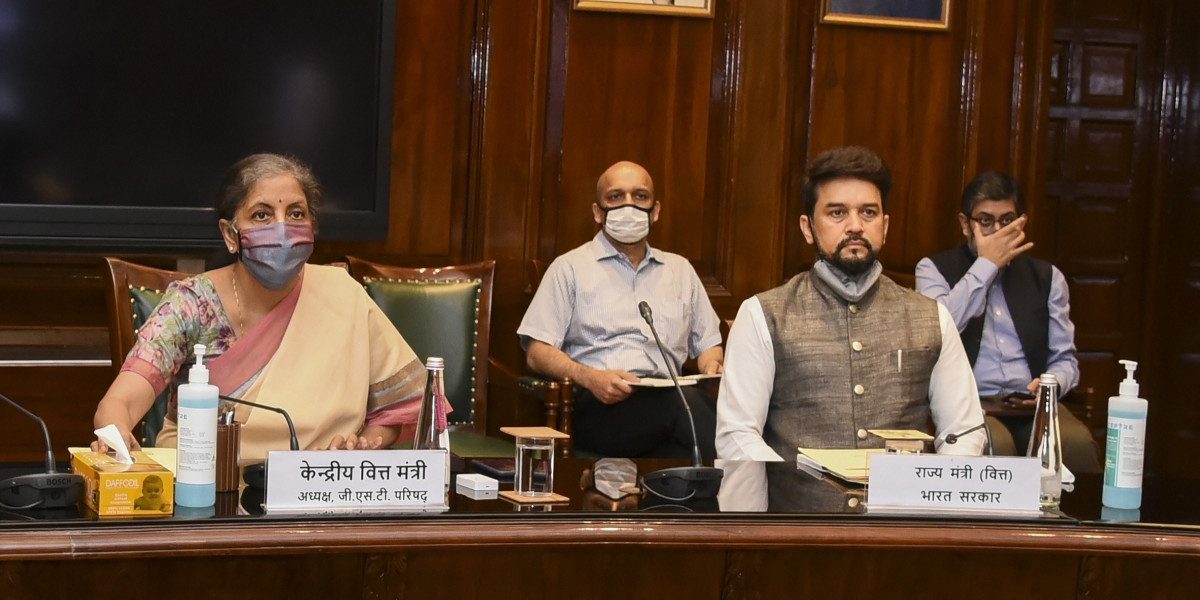 The unchecked spread of the coronavirus pandemic across the country has put the Indian economy, society and polity under unprecedented stress.

A glimpse of the magnitude of the economic destruction wreaked was revealed at the 41st meeting of the GST (Goods and Services Tax) Council, where the shortfall in compensation cess for this year was estimated at around Rs 2.35 lakh crore. This would lead to a huge reduction in revenues for States at a time when they needed it the most, engaged as they were on the front-lines of the battle against the pandemic.

Yet it was the stance of the Centre in this whole affair that has led to a fair amount of controversy.

Terming the pandemic as an “Act of God”, Union finance minister Nirmala Sitharaman revealed that the Centre would not be able to make good the shortfall. Instead, it outlined proposals that would involve States borrowing in order to raise resources. While states accuse the Centre of not giving them their due, the Centre, citing legal advice from the Attorney General, has claimed that it has no obligation, due to the extenuating circumstances, to repay the shortfall in a time of sustained crisis. 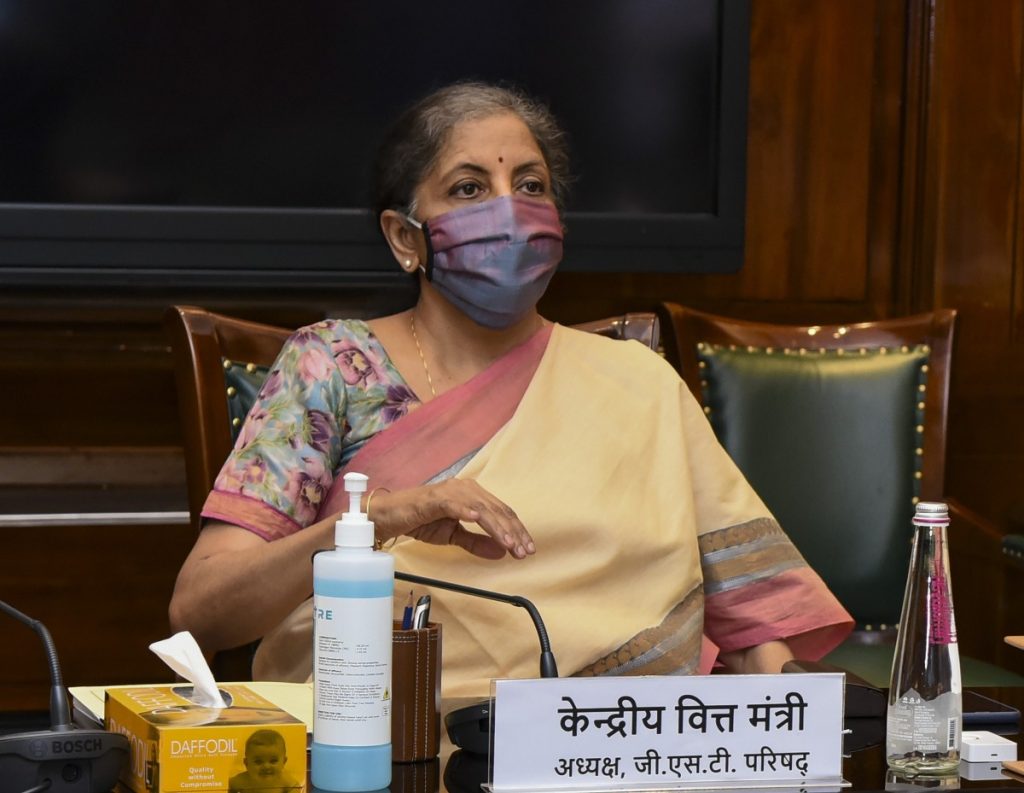 The stance of the Centre in this matter is extremely worrying in a number of respects. For one, the entire burden has been put on States at a time when they can scarcely afford it. More importantly, the language used by the Centre, claiming an ‘Act of God’, reveals a distressing tendency for the Centre to step back at the same time when it is most needed. The ‘Act of God’ is a clause used in private contracts to indemnify one or both parties from carrying out the terms of the contract due to events beyond their control.

It is worrying that the Centre conceives of itself as a private player in a market economy, when what is urgently required is for it to transcend this role. In adopting the logic of a private contract, the Centre is jeopardising the social contract upon which our democratic system rests.

The Centre has outlined two proposals for states to make good on the shortfall, both of which involve additional borrowing by the states. The Centre says that it could either borrow a sum of Rs 97,000 crore from the RBI (which, they calculate, is the shortfall solely due to the implementation of the GST), or borrow the entire sum of Rs 2.35 lakh crore. The Centre says that it would create, along with the Reserve Bank of India (the RBI), a “special window” for the States to borrow the sum of Rs 97,000 crore, which might involve lower interest rates. It is not clear whether this window would be available for the entire 2.35 lakh crore, which might involve some borrowings from the market.

These methods would mean that the Centre would not need to disburse any funds to the States. States are rightfully aggrieved, since they are effectively being asked to make good the shortfall in resources on their own. They might have to imply higher taxes on certain goods down the line, as States scramble to raise funds to repay these loans.

Either method, however, involves additional borrowings by the states, which would raise debt burdens at a time when resources are in extremely short supply. While this would free up resources and fiscal legroom from the Centre, since they would no longer have to pay these funds to states, states face a difficult choice between the present and the future. Either they borrow more for greater resources today while shouldering a debt burden in the future, or they limit borrowings today in exchange for future flexibility. Both choices severely limit their ability to combat a pandemic that shows no signs of slowing down.

Acts of God, or force majeure clauses, are used in contract law to protect parties in a contract from circumstances that may arise outside of any one party’s control. For instance, insurance companies would not pay out vehicle insurance if the car is lost in an earthquake; if they had to do so for every car lost in the natural disaster, they would go bankrupt.

While private entities in a situation of profound economic distress may claim force majeure to protect against risks, the government of a country must not do so. In a situation of economic uncertainty, private agents would not wish to invest, since they may foresee huge losses ahead.

If every agent does so at the same time, the economy would contract, and livelihoods would be lost. What is required is for an agent external to the market to step in and carry out spending, so that economic activity is supported. The only agent that has the financial ability to do so is the Central Government. It must either tax, borrow, or “print” money – in conjunction with the RBI – in order to raise the resources required.

In claiming force majeure, the Centre is implicitly claiming that events are out of its control. In actuality, there is much more that the Centre can do to arrest the economic decline. The Centre is choosing to limit its interventions, shifting the risk onto those who are unable to bear the risks. State governments, and ultimately common citizens, are the ones who will face the ultimate burden of a slowing economy and a rampaging pandemic.

How exactly does the Centre view its relationship to the citizenry? A prominent theme in early 18th Century philosophy was the notion of the social contract. It characterised society as operating as if a contract was signed by all citizens, where a sovereign government was obeyed by all, conditional on the fact that certain rights and freedoms was protected. This conception arose from the recognition that there are immense benefits to be had from living in an organised society.

There are, of course, many different ways to conceptualise the social contract, and many different ways in which it has been – rightfully – criticised. But it captures an essential truth of our societies. Any democratic society cedes immense powers to the government, namely, the power of taxation and control of law order. In return, we ask that the government preserve our rights and liberties, and protect us from forces beyond our control, such as a global pandemic, or a massive threat to lives and livelihoods.

The current justification used to not pay GST dues shows that the central government is using the language of the private contract in place of the social contract. A private contract is limited to the interactions between both parties that sign the contract, and allows one party to walk away in case of events beyond anyone’s control. Moreover, a private contract assumes that the costs of contract failure can be borne by the two parties involved alone. But the logic of a private contract is not applicable in the current situation, because the failure of the “contract” between the Centre and states imposes a huge burden on those not party to the initial contract. The citizenry will have to bear the burden when states cut back on developmental spending. The Centre is not abiding by its social responsibility to bear the risks and burdens that individuals simply cannot.

In upholding the logic of the private contract, the social contract is in danger of being irrevocably damaged. The only entity that can adequately combat the effects of the pandemic is retreating at a time when it is most needed, neglecting the responsibilities and duties it has been entrusted with. Human progress and development in modern societies have been built on growing recognition that an individual must never be subjected to the vagaries of nature and the market. In a time of an existential global threat, we cannot let acts of god weaken the essential bonds that hold federal and democratic societies together.