The Royal Swedish Academy of Sciences awarded them the prize “for their experimental approach to alleviating global poverty.” 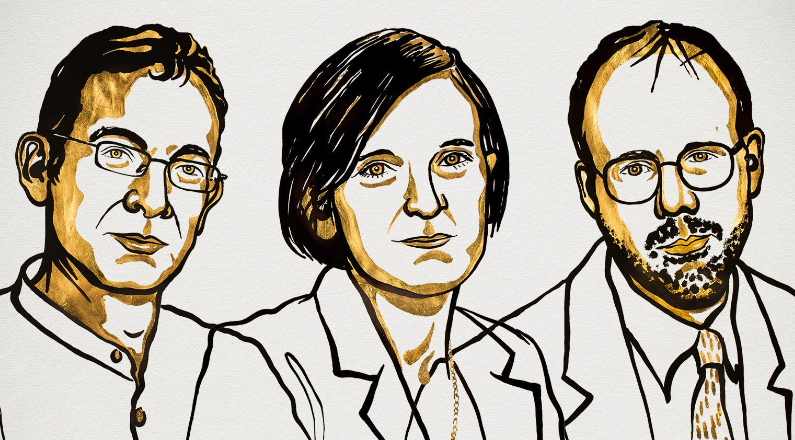 New Delhi: The Nobel Prize in Economics has been awarded to Abhijit Banerjee, Esther Duflo and Michael Kremer for “for their experimental approach to alleviating global poverty.”

Banerjee, an India-origin economist, is currently the Ford Foundation International Professor of Economics at the Massachusetts Institute of Technology (MIT).

Duflo is also from MIT, while Kremer is the Gates Professor of Developing Societies at Harvard University.

All three are also known for their work at the Abdul Latif Jameel Poverty Action Lab (J-PAL) is a global research centre that works to reduce poverty by ensuring that policy is informed by scientific evidence.

“The research conducted by the 2019 Economic Sciences Laureates has considerably improved our ability to fight global poverty. In just two decades, their new experiment-based approach has transformed development economics, which is now a flourishing field of research,” an official press statement noted.

The Nobel prize for economics is officially called the ‘Sveriges Riksbank Prize in Economic Sciences in Memory of Alfred Nobel’ as it was not a part of the original awards that were established by Nobel in his will in 1885.

What did the trio win for?

The Royal Swedish Academy of Sciences notes that this year’s laureates introduced a new approach towards fighting poverty that involves dividing the “issue into smaller, more manageable, questions – for example, the most effective interventions for improving educational outcomes or child health”.

“They have shown that these smaller, more precise, questions are often best answered via carefully designed experiments among the people who are most affected,” it said.

The release noted that Kremer proved these experiments to improve school results in Kenya, while Banerjee and Duflo did in other countries.

The Laureates’ research findings – and those of the researchers following in their footsteps – have dramatically improved our ability to fight poverty in practice. As a direct result of one of their studies, more than five million Indian children have benefitted from effective programmes of remedial tutoring in schools. Another example is the heavy subsidies for preventive healthcare that have been introduced in many countries.

These are just two examples of how this new research has already helped to alleviate global poverty. It also has great potential to further improve the lives of the worst-off people around the world.