There is an employment crisis that the government sees fit to ignore, with the youth of the country – millennials – being most severely affected.

It has come to my attention that you hold the generation of millennials, of which I am part, responsible for the decline in the auto sector.

You said, “Some studies do tell us that the mindset of millennials, who are now preferring not to commit an EMI for buying an automobile, instead prefer to take Ola, Uber, everything else, or take the metro.”

Mea culpa. I agree with your description of our mindset – I have no intention of buying a car. But that is because I simply can’t afford it. As you say, I’m disinclined to commit to an EMI – perhaps a sign of the commitment phobia my generation has also been accused of, given that we now also marry less, don’t buy homes, and aren’t having children.

What do we like? Netflix, waffling on the internet, and we seem to be absolutely bonkers about make-up. But when we’re swapping swatches, you, as someone who is far more sérieux and important, would probably be more concerned with the lipstick index, the fun little economic theory which suggests that people buy more lipstick when the market is tanking.

Currently, the lipstick index shows an economy in the red.

You see, I am not alone, Ms. Sitharaman – a solid 31% of the people who would have bought a car in August last year are with me in this boat – or should I say, in this Uber pool. And I bet not all of them are millennials.

I would love to have a car – I have a dog (also a millennial habit) and there is nothing I would love more than to drive all over the country with her head sticking out the window. 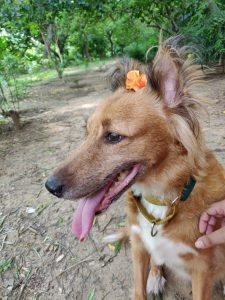 But all over the country, Ms. Sitharaman, I would be confronted with the unfortunate fact that people aren’t buying things because of the tanking economy – mostly due to the decisions taken by the distinctly non-millennial government of which you now happen to be finance minister.

The consumption slowdown in the country started with the note ban, as data from the Reserve Bank of India revealed last week. That ‘strong action’ taken by our supreme leader caused a dip of an astounding 73% of the gross bank exposure to consumer goods loans, and it is still going down.

The automobile sector is not the only one which has been driven into a ditch. At the moment, the textile industry is also coming unraveled, with an unthinkable 33% drop in exports of cotton yarn from this time last year. Dr K.V. Srinivasan, chairman of Texprocil (you know he’s not a millennial) has pointed out that this is a matter of deep concern as this is the lowest monthly export in the last five years.

This seems quite odd to me, I’ll confess. Ms. Sitharaman – you, with such a wonderful traditional textile bahi khata surely would know better. I can’t, as a millennial, of course, venture what might have been different five years ago – I was barely out of my teens.

Those were the days, Ms. Sitharaman. Now even the Parle-G of my childhood might become a faint memory, as the demand has been falling so much that the company might have to let go of 10,000 employees.

Mayank Shah, the category head of Parle Products, said that things will get a lot worse if the GST on biscuits isn’t reduced. Nielsen data also suggests that growth in the entire FMCG sector had been declining over the past four quarters, as consumers tightened their belts – so much so that they are forgoing even the cheapest biscuits available.

I’m older now, and have graduated from milk to chai, but you would know that the 170-year-old Assam Tea industry is coming dreadfully close to being relegated to being dregs – thanks to a rise in production costs with no corresponding rise in the demand, and people who insist on spending exactly as much as they’ve spent on tea before. Perhaps Ms. Sitharaman, you might say – this is also on us, we prefer Venti Frappuccinos.

We are witnessing an unprecedented slowdown in nearly every avenue of the economy. The housing sector has had its roof fall in thanks to the same liquidity squeeze, the aviation sector has frankly crashed, and the men of our nation have now even slowed down on buying unmentionables. The senior management at Hindustan Lever recently reportedly used the term recession. That is a term we remember from our books on economics.

But then you yourself, Ms. Sitharaman, through your ministry, admitted that the growth has ‘slowed slightly’ earlier this month. You have had to roll back items on your own maiden budget after foreign portfolio investors pulled out over Rs 20,000 crore from India’s equity markets in the last two months. You decided to withdraw the higher tax you had imposed on them, along with the surcharge on the super rich. Achhe Din are here for them at least.

There is an employment crisis that the government sees fit to ignore, with the youth of the country – millennials – being most severely affected.  There is a real farm crisis out there and the younger generation wants to move out of tilling the land, something their forefathers have done for generations – but there are no jobs.

The unemployment rate among people between 15-25 years is 12.5%, higher than any other group. The educated are facing the same prospects, with 13% of graduates and 16% of post-graduates unemployed – how can they even consider buying a car without a salary?

Things get steadily worse when you go down the privilege ladder in terms of gender and caste, with a staggering 34% of women from marginalised castes, who have a graduate degree, being unable to get jobs despite searching.

My generation would be happy to buy a car – perhaps even a house. We’re doing our bit. We come together to discuss our hopes and dreams, and when we do, we laugh, as we have laughed today. Because while we make jokes at your expense, Ms Sitharaman, what has been done to the economy will come at ours.