The report, released by Oxfam said that the richest 1% of the world has owned more wealth than the rest of the planet put together since 2015.

Mukesh Ambani, Azim Premji and Dilip Sanghvi are among the richest men in India. Credit: PTI/Reuters 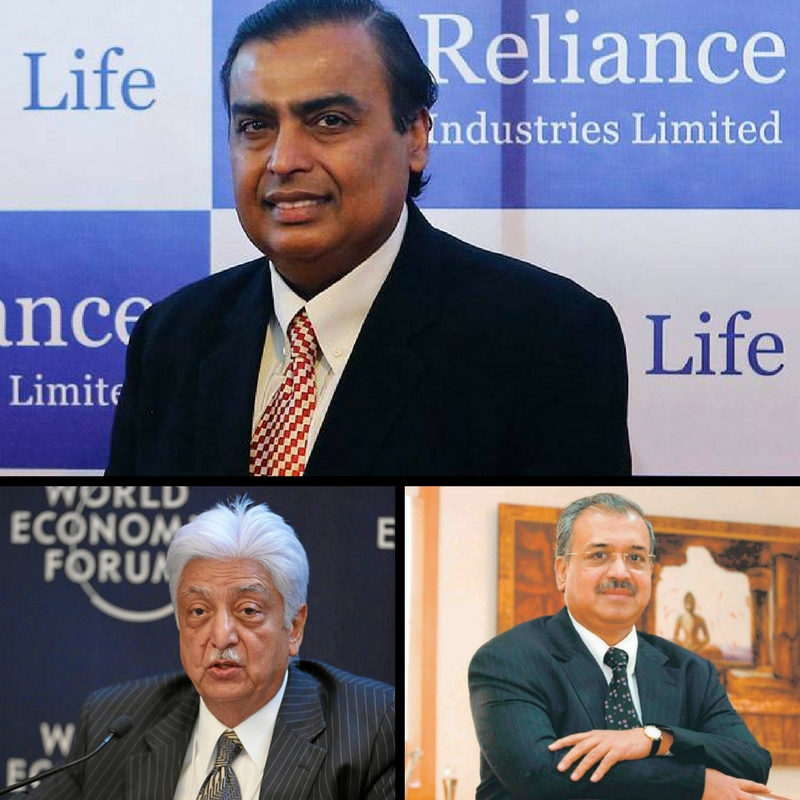 Mukesh Ambani, Azim Premji and Dilip Sanghvi are among the richest men in India. Credit: PTI/Reuters

Davos: In signs of rising income inequality, India’s richest 1% now hold a huge 58% of the country’s total wealth – higher than the global figure of about 50%, a new study showed on Monday.

The study, released by rights group Oxfam ahead of the World Economic Forum (WEF) annual meeting here – which is attended by the rich and powerful from across the world – showed that just 57 billionaires in India now have same wealth ($216 billion) as that of the bottom 70% population of the country.

Globally, just eight billionaires have the same amount of wealth as the poorest 50% of the world population.

The study said there are 84 billionaires in India, with a collective wealth of $248 billion, led by Mukesh Ambani ($19.3 billion), Dilip Shanghvi ($16.7 billion) and Azim Premji ($15 billion). The total Indian wealth in the country stood at $3.1 trillion.

In the report titled ‘An economy for the 99 per cent’, Oxfam said it is time to build a human economy that benefits everyone, not just the privileged few.

It said that since 2015, the richest 1% has owned more wealth than the rest of the planet.

The study findings showed that the poorest half of the world has less wealth than had been previously thought, while over the last two decades, the richest 10% of the population in China, Indonesia, Laos, India, Bangladesh and Sri Lanka have seen their share of income increase by more than 15%.

On the other hand, the poorest 10% have seen their share of income fall by more than 15%.

“Due to a combination of discrimination and working in low-pay sectors, women’s wages across Asia are between 70-90 per cent of men’s,” it said.

Referring to the ‘Global Wage Report 2016-17’ of the Indian Labour Organisation, the study said India suffers from huge gender pay gap and has among the worst levels of gender wage disparity – men earning more than women in similar jobs – with the gap exceeding 30%.

In India, women form 60% of the lowest paid wage labour, but only 15% of the highest wage-earners. It means that in India, women are not only poorly represented in the top bracket of wage-earners, but also experience a wide gender pay gap at the bottom.

It also said that more than 40% of the 400 million women who live in rural India are involved in agriculture and related activities. However, as women are not recognised as farmers and do not own land, they have limited access to government schemes and credit, restricting their agricultural productivity.