Modi and Xi must think beyond civilisational bonds to find new areas of cooperation. The two sides have already exhausted the past to build any meaningful partnership. 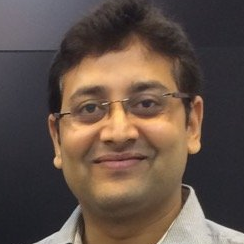 Beijing: The first informal meeting between Prime Minister Modi and China’s President Xi Jinping was held in Wuhan, China against the backdrop of the Doklam standoff in 2017. Both leaders agreed then that they would continue the new format of talks to strengthen India-China relations. This time the informal meeting is scheduled to be held on October 11-12 in the ancient Tamil town of Mamallapuram.

The selection of Xi’an – in Shaanxi, Xi’s home state – as the venue for the informal summit was in return for Modi hosting Xi in Ahmedabad in his home state of Gujarat.

These curated meetings and events in India-China relations serve specific short-term tasks and thereby fall short on changing the overall narrative and policy directions of both governments.

This ‘new venue’-centric act in the India-China opera is taking place under the shadow of changing regional and global politics. The venue keeps changing but the terrain of talks remains the same. In Xi’an, China was looking at India as an uninvited guest in Doklam. Today, the situation is reverse. In Mamallapuram, New Delhi has said Beijing’s responses to Kashmir are irksome and intrusive.

Moreover, India has not changed its stance on China’s Belt Road Initiative (BRI). S. Jaishankar, India’s external minister, responded negatively to a question on BRI during his briefing on the ‘100-day achievements’ of his ministry in the second term of the Narendra Modi-led government. Moreover, the foreign ministers of the Quad countries – India, Australia, Japan and the United States – met on the sidelines of UN General Assembly last month and “reaffirmed their commitment to shared values and cooperation on maritime security, infrastructure and connectivity and in support of a rules-based framework”, as Australian foreign affairs minister Marise Payne said.

Also read | India-China Informal Summit: Modi Won’t Bring up 370, But Will Brief Xi if He Wants

The geopolitics of the ‘Indo-Pacific’ has also made its presence felt in Southeast Asia. ASEAN’s outlook on the Indo-Pacific foresees the rise of antagonistic economic and military powers and the group has made clear its preference for  ‘avoiding the deepening of mistrust, miscalculation, and patterns of behavior based on a zero-sum game’. In other words, Southeast Asia intends to carefully sail the ‘ASEAN Way’ in the troubled waters, avoiding clashing either with China’s BRI plans or the Quad’s Indo-Pacific construct.

Beijing, on its part, requested the United Nations Security Council to hold an informal, closed-door meeting on Kashmir – its first since 1971. Interestingly, Beijing was fully aware of the outcome of the meeting and the consequence. The closed-door meeting had no material outcome, not even a statement from the UNSC. Yet it was sufficient to further discomfort public opinion in India.

As they contemplate Mamallapuram’s spectacular architecture, both leaders need to consider the uncomfortable fact that the India-China partnership, such as it is, rests on an extremely narrow base. Apart from territorial discord, the power-dilemma thrown up by contemporary geopolitics is having a destabilising effect on the civilisational legacy of good relations.

Both leaders thus need to focus on broadening the base of India-China engagement so as to sustain and strengthen the relationship. First, India and China must think beyond the civilisational bond to find new areas of cooperation. Beijing and Delhi have already exhausted the past to build any meaningful partnership. A happy history has no bearing on a prosperous future. But equally, a troubled present need not be a sign of a painful future.

Secondly, meaningful resolution to the boundary dispute can go a long way to removing the extra layer of suspicion and also significantly boost mutual trust. The informal meeting will have no strategic value unless it brings a paradigm shift in policy.  Sadly, everything was business as usual after the Wuhan ‘reset’. Nonetheless, it does seem that both leaders are seriously thinking about how to chart a new direction in India-China engagement. With both leaders enjoying robust political support at home, resolving the boundary problem is possible if they look beyond the ‘strategic prism’ and realise that keeping the border unsettled is no guarantee that the other’s rise will be checked.

Also read | What India Can Learn From China

Thirdly, the trade deficit is damaging bilateral economic relations and hampering any sustainable economic partnership between the two countries. Xi and Modi, as new protectors of the globalisation realm, should focus on leveraging their respective strengths for a resilient trade partnership. China is moving from the hub of ‘low technology’ to ‘hi-tech’ productions under ‘Made in China 2025’ while India is pushing for ‘Make in India’ so as to become self-reliant in the manufacturing sector. Moreover, given the ongoing US-China trade tension, New Delhi and Beijing have an opportunity  to recalibrate their own trade partnership in a what that is favourable to both.

Fourthly, Delhi and Beijing have a ‘shared dream’ of the Asian Century but are following different paths to realize the dream. That is natural given the different political systems, philosophy and national conditions. However, what is significant and worth pondering over is the areas of overlap. Beijing and New Delhi have come together many times to work together to protect the interests of developing countries. From keeping the principle of “common but differentiated responsibility” in climate change negotiations or balancing the powers at WTO negotiations to creating BRICS and the Asian Infrastructure Investment Bank, the India-China partnership has ensured that together they can significantly change regional and global outcomes in favour of developing countries.

Fifthly, India and China, both emerging and rising powers, need not antagonise each other in ways that severely hamper their respective global ambitions. The world is moving from a unilateral to a multipolar system. Multipolarity is neither ‘single theatre’ or a ‘multiplex complex’ but the coming of ‘home theatre.’ In such a preference-based world, nothing but cooperation among powers can deliver such customisation. New Delhi desire to revamp the UNSC rests on cooperation from Beijing while China’s effort at customising ‘world order’ needs the support of India.

Despite these shared concerns, the level of mutual trust has constantly been dropping while the power dilemma has been hardening. At their ‘informal summit’ on Friday, Modi and Xi must bring positive vibes that can reverse the deteriorating relationship. Or else they might as well start writing the obituary of the Asian century – the shared dream of Deng Xiaoping and Rajiv Gandhi.