Unfortunate as the postponement is, it had nothing to do with India per se, the White House and State Department have stressed. 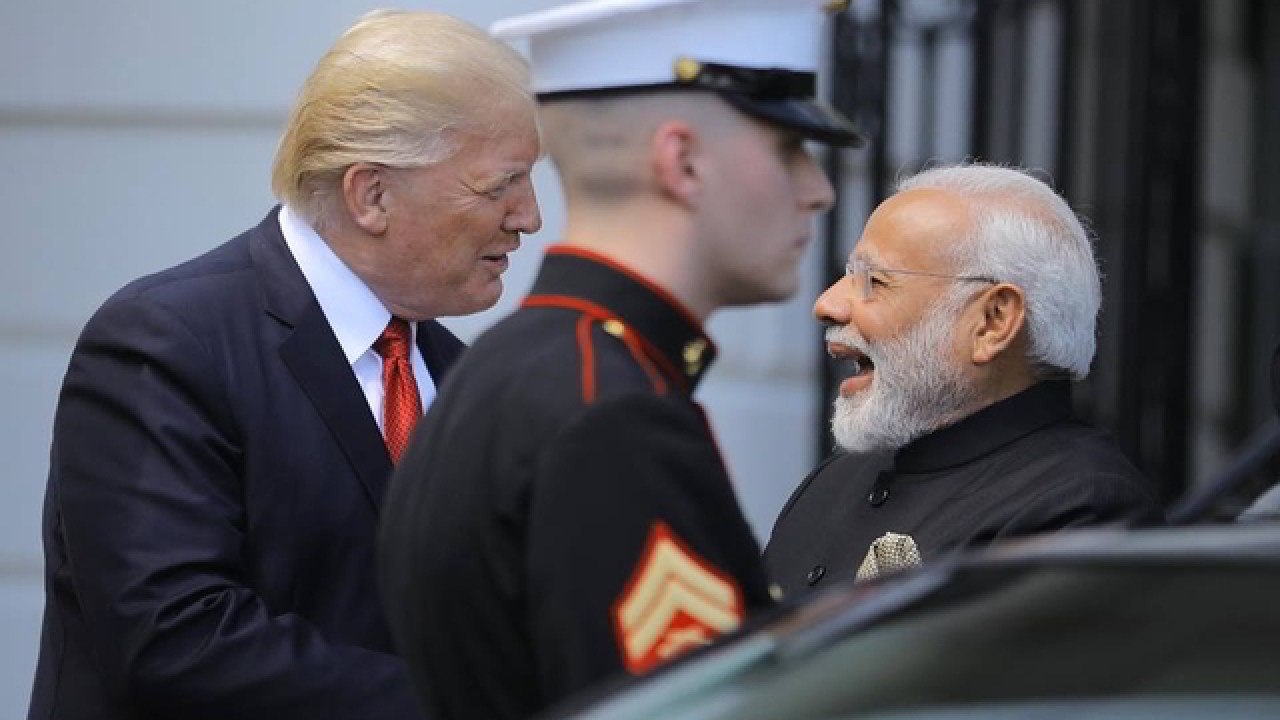 Washington: The last-minute postponement of the inaugural India-US 2+2 dialogue announced with much fanfare last year has not gone down well in New Delhi. It was the second time the two countries had tried to schedule a joint high-level meeting between their foreign and defence ministers to showcase the importance of the relationship.

Some saw the postponement by the United States as a sign of a growing disconnect over various issues ranging from trade disputes to the threat of US sanctions, others said that Prime Minister Narendra Modi no longer felt any sense of warmth from President Donald Trump, who has taken to berating India for tariffs on Harley Davidsons at every opportunity he gets.

Most of the above are true but stringing the negatives together does not present the full picture. As an Indian practitioner of diplomacy commented, “Sometimes, the train gets delayed, sometimes you miss the plane.”

The 2+2 dialogue scheduled for July 6 in Washington was postponed because Trump wanted secretary of state Mike Pompeo to rush to North Korea to take a measure of things after Kim Jong-un made his third surprise visit to China on June 19.

Turns out Pompeo pressed the point not once but twice to Trump that the 2+2 dialogue with India was coming up and he had to be in town. When Trump insisted the third time, Pompeo had no choice but to listen to his boss. In this administration, the boss really does decide almost everything important.

But why this urgency to visit North Korea? It’s clear that Beijing is doing everything to coach Kim to ask for more and to give less to the Americans in Trump’s biggest gambit for a denuclearisation deal with Pyongyang.

For the Chinese, a compliant and dependent North Korea is a “win-win”, to use their favourite phrase. Most will agree that weaning North Korea off China is a good idea. They will also agree that Trump has done more than any other US president to needle China – however erratically and confusingly. Two steps forward and two steps back are better than no steps at all. After all, we live in the real world.

Unless the world wants to live inside China’s One Belt One Road that a wise person on Twitter appropriately renamed “One Debt, One Road,” the only country capable of putting the brakes on Beijing’s vast appetite for dominance is the US.

India feels that dominance daily and can surely appreciate that Trump is alert to China. By contrast, Barack Obama gave Beijing eight years to consolidate without putting up any real resistance.

The Trump-Kim summit in Singapore on June 12 has promise but unless Washington keeps on top of the highly efficient and laser focused Chinese, things could easily go south. And remember, the Trump administration is not fully staffed, has a million domestic problems, a dozen legal cases, and a president whose appetite for the abstruse is less than adequate. That’s the nature of this administration.

But two things Trump does get – one is trade and the other is China. To some extent he also gets India but lately only via the trade route. That’s his “stress test” for every strategic relationship.

This is the context of the postponement. Instead of reading one’s pet theory – that Americans are always out to diss India (while the Chinese are out to grab India’s territory doesn’t seem to matter as much) or India is not important to them (as if the Americans determine India’s importance) – we should just take a deep breath.

A former State Department India expert said on Twitter, “I don’t think we should ditch democracies for a dictator.” It was misrepresenting the scenario. But even the best think tankers and academics have become prone to imparting wisdom on the fly because the competition in social media’s eco-system is so intense.

Another critic, a Democrat, told me, “postponement was unnecessary. There was nothing that couldn’t be done a day later. War was not breaking out.” He stressed the Trump administration doesn’t understand the consequences of its actions and India was not a priority for them, a charge US officials vehemently deny.

Unfortunate as the postponement is, it had nothing to do with India per se, the White House and State Department have stressed. Pompeo was appropriately apologetic in his phone call with external affairs minister Sushma Swaraj and promised to work out new dates soon. That should happen sooner rather than later.

It’s too bad the meeting was postponed because things were set for forward movement, good optics and photo-ops. Both Swaraj and defence minister Nirmala Sitharaman were scheduled for an Oval Office visit with Trump and national security adviser John Bolton.

But there could be dividends from this series of unfortunate events. Since it’s one side that has had difficulty in scheduling the 2+2, first because Trump fired Rex Tillerson as secretary of state, then India wanted to wait until a new one was named and finally North Korea intervened, the other side can have the upper hand in some of its demands.

US officials looking at the glass half-full say the postponement gives more time to sort out the last remaining differences on India signing the Communications Compatibility and Security Agreement or COMCASA, which, they say, would ease the transfer of secure communications systems to India. These would be more sophisticated than the commercial products India is currently using.

One official said that Washington is also getting ready to offer the THAAD, the best US anti-ballistic missile defence system, to lure India away from the Russian S-400 which New Delhi is committed to buying. The purchase could trigger US sanctions despite best efforts.

The official said the S-400 is a “red line” that, if crossed, could cause very serious strains in the US-India relationship by triggering sanctions. Even if there were a waiver authority in a bill currently under consideration, it would be “impossible” for the US to ignore the sale given the current climate in the US Congress.

Continuing the glass-half-full analogy, the official stressed that both sides now will also have time to work out a package on various trade disputes which Commerce Minister Suresh Prabhu’s visit initiated.

Yes, that’s good spin but after all is said and done, the Trump administration needs to be able to walk and chew gum at the same time. Having perennial scheduling issues? Sad.