There’s plenty of scope for cooperation but both sides must guard against talking themselves into a classic security dilemma. 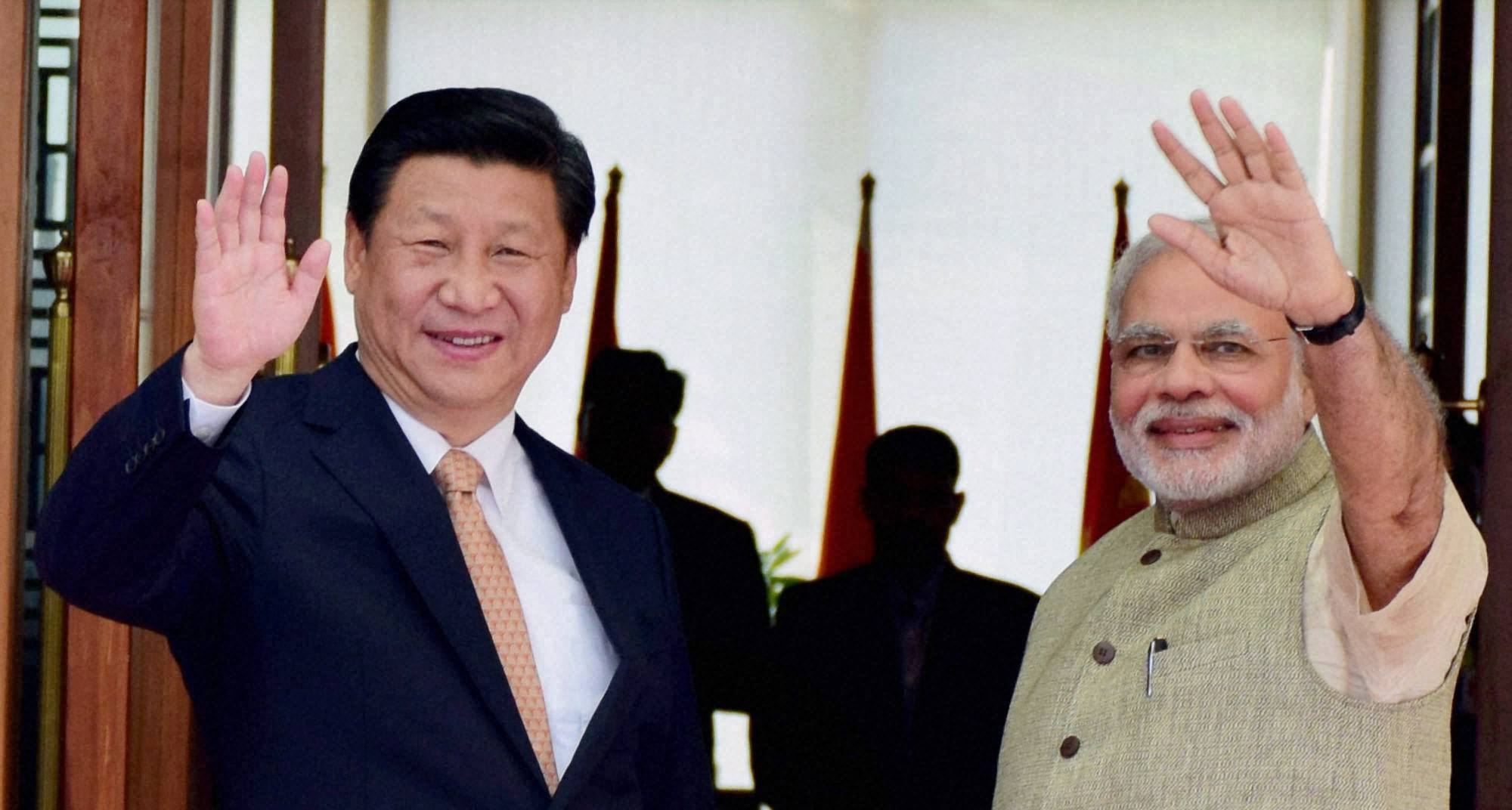 When Narendra Modi visits China this week, we are likely to get an overdose of the rather one-sided and inaccurate narrative of Sino-Indian relations that has come to dominate public, particularly media, discourse globally. This presents India and China as giants whose interests are inevitably in conflict, trapped in a classical security dilemma — where actions by one state to heighten its security lead the other to similar actions, producing tensions and conflict even when neither side desires it. History has several instances of such narratives becoming self-fulfilling prophecies.

Even if both India and China have strong leaders today whose primary appeal is to rising nationalist feeling in their countries, the truth about the bilateral relationship is more complex and, therefore, interesting, and opens up many more possibilities than just conflict.

Despite being parties to the world’s largest unsettled boundary dispute, India and China have grown their relationship for over 30 years while managing their differences. They have successfully kept the peace while improving their capabilities and infrastructure on the border. Of course, both sides of the border have developed very differently. So long as both countries have other, mainly internal, priorities, and realise the damage that conflict on the border would cause them, this border will remain calm.

As for settling the boundary, negotiations have made slow but measurable progress. After agreeing to the Guiding Principles and Political Parameters for a settlement in April 2005, the Special Representatives tasked with resolving the boundary issue are now in the second stage of a three-stage process. They are discussing the framework for a boundary settlement, which will then be translated into a mutually acceptable boundary line in the third phase. Negotiations on the boundary are at a point where a settlement awaits acts of political will on both sides.

Since 1988 both countries have not permitted the unsettled border to prevent the development of bilateral relations in other respects. China is now India’s largest trading partner in goods and seeks to invest and use her excess capacity to manufacture in India and invest in India’s infrastructure. Bilateral trade is now over $70 billion annually. Beijing is also keen to build connectivity, such as the Bangladesh-China-India-Myanmar (BCIM) Corridor, and is ready to open up undisputed portions of the border to trade and travel. There are economic opportunities here for India. In other words, India and China have been successful in managing their differences, cooperating where they could, and going their own ways. The result is three decades of coexistence between two countries that fought a border war and that compete in their shared periphery — which would have been hard to predict in the aftermath of the 1962 war. The last four decades have also been the ones when both countries have seen their GDP growing more rapidly than ever before in history and when the countries themselves have changed in unimaginable ways — socially, economically and politically, and, most significantly, in terms of their nationalistic urges to play a more significant international role.

Why was this so? Three significant reasons suggest themselves:

The first is internal preoccupations. For much of Deng Xiaoping’s last two decades and Jiang Zemin’s and Hu Jintao’s times, the Chinese leadership was preoccupied with overcoming the damage caused by the Cultural Revolution and growing the Chinese economy. India, too, was domestically preoccupied in this period. The answer to the economic crisis of 1990-91 was economic reform.

Second, both countries also went through a fundamental internal political reordering in this period. Chinese Communist Party fears of meeting the fate of the Communist Party of the Soviet Union, and the fractured nature of popular mandates in India made consensual leadership and coalition politics the norm in both countries. The overriding preoccupations were with internal developments, and external events were judged by their effect on each country’s internal transformation.

Third, the world’s unipolar moment from 1989 to 2008 created the most conducive external environment possible for both India and China. India and China were the two major beneficiaries of open international trade, investment and capital flows, and low energy prices, through those two decades.

For several reasons China and India find it convenient to work together internationally on issues like international trade and climate change. At the same time, India rubs up against China in the periphery both countries share and several political issues divide them, leading to a bivalent relationship where they compete and cooperate at the same time. This includes elements of rivalry and restraint.

Maritime security is probably the best example of this bivalent relationship. Both countries share an interest in keeping open the sea lanes from Hormuz to Malacca and further east along which their energy and trade with the world flow. At the same time, both are clearly discomfited by the other’s presence in their “near oceans and seas” — the Indian Ocean for India and the South and East China Seas for China. Within that larger common interest there is also the fact that China is building (dual-use) infrastructure in the Indian Ocean littoral including Gwadar, increasing its navy’s reach, and is more assertive in the near seas around China, leading to reactions in her periphery. India and China have instituted a maritime security dialogue. It remains to be seen how much substance they can inject into it and how their behaviour evolves.

There is no question that several actions by China in India’s periphery have affected India’s security and prompted Indian responses. Pakistan’s nuclear weapons and missile programmes depended not just on technology stolen from Europe but, to a very great extent, on Chinese assistance, supplies and support. This is the only recorded case in history of a nuclear weapon state choosing to create another one. China is also the main source of conventional weaponry for the Pakistan Army. As in the case of Myanmar and North Korea, it could be argued that Chinese support to military regimes and dictatorships has distorted political development in Pakistan. While opposing Indian oil exploration in the disputed South China Sea, China has increased her presence in Pakistan occupied Kashmir in recent years.

As a consequence, we see both countries simultaneously cooperating and competing. Issues like the unsettled boundary, Chinese military and nuclear assistance to Pakistan, and trans-Himalayan river waters remain; and each side expresses disquiet at the other’s activities in the periphery that is common to them both.

In other words, the present mixed reality of the relationship is far from the doom laden predictions of nay-sayers in India who three years ago were publicly predicting another India-China war in 2014. Equally, today’s relationship is far from realising its potential significance in terms of economic cooperation, of creating an open security architecture in Asia, or assuring maritime security in positive sum terms from Hormuz to the Western Pacific. A 2013 Lowy poll showed that 83% of Indians consider China a security threat.

Hence the description of the relationship between India and China as bivalent.

There is also another way in which the India-China relationship is bivalent. Since 2012, Asia’s larger countries — from China to Japan to India — have seen the coming to power of strong leaders, conservative within the frameworks of their own traditions, authoritarian centralisers of power, riding a wave of populism and rising national feeling, stressing forms of statist developmentalism. All three have expanded their definitions of the nation’s core interests, thus making friction in the region more likely. Self professed realists all, some seek to hedge against a diminishing US role, others work for it, and some, like Prime Minister Modi, have actually doubled down on their strategic partnership with the US. This range of responses gives one some idea of the level of uncertainty and the extent of vulnerability that each of these regimes and leaders feels.

The simultaneous emergence of “strong” leaders in India and China can be seen in contradictory ways. It is seen by some as an opportunity — to take the bold decisions required to settle the boundary, for instance — and by others with trepidation, who fear their stronger nationalist rhetoric and broader definition of core interests feeds chauvinism and leads to friction and conflict.

Security is a subjective concept, with no objective metrics to measure it. The negative narrative on India-China relations comes primarily from those who look at capabilities rather than intent, or the successful experience of managing differences and building on commonalities that India and China have exhibited for over 30 years. This is not a debate that can be settled either way except in time and in ways in which it will be too late except for one side having the satisfaction of saying “I told you so”. In the meantime both sides risk talking themselves into a classic security dilemma. This is already evident in the social and mainstream media and in certain sections of the commentariat in both countries, though not so far in what the governments say or do.

This article is the first in a series of three articles on China written exclusively for The Wire.

Shivshankar Menon was India’s National Security Adviser from 2010 to May 2014.