What can India Do About Pakistan?

India must look at talks as a means of enabling sustained diplomacy, rather than as a bargaining chip or form of penalty — whose denial will somehow become a pressure-point on Islamabad 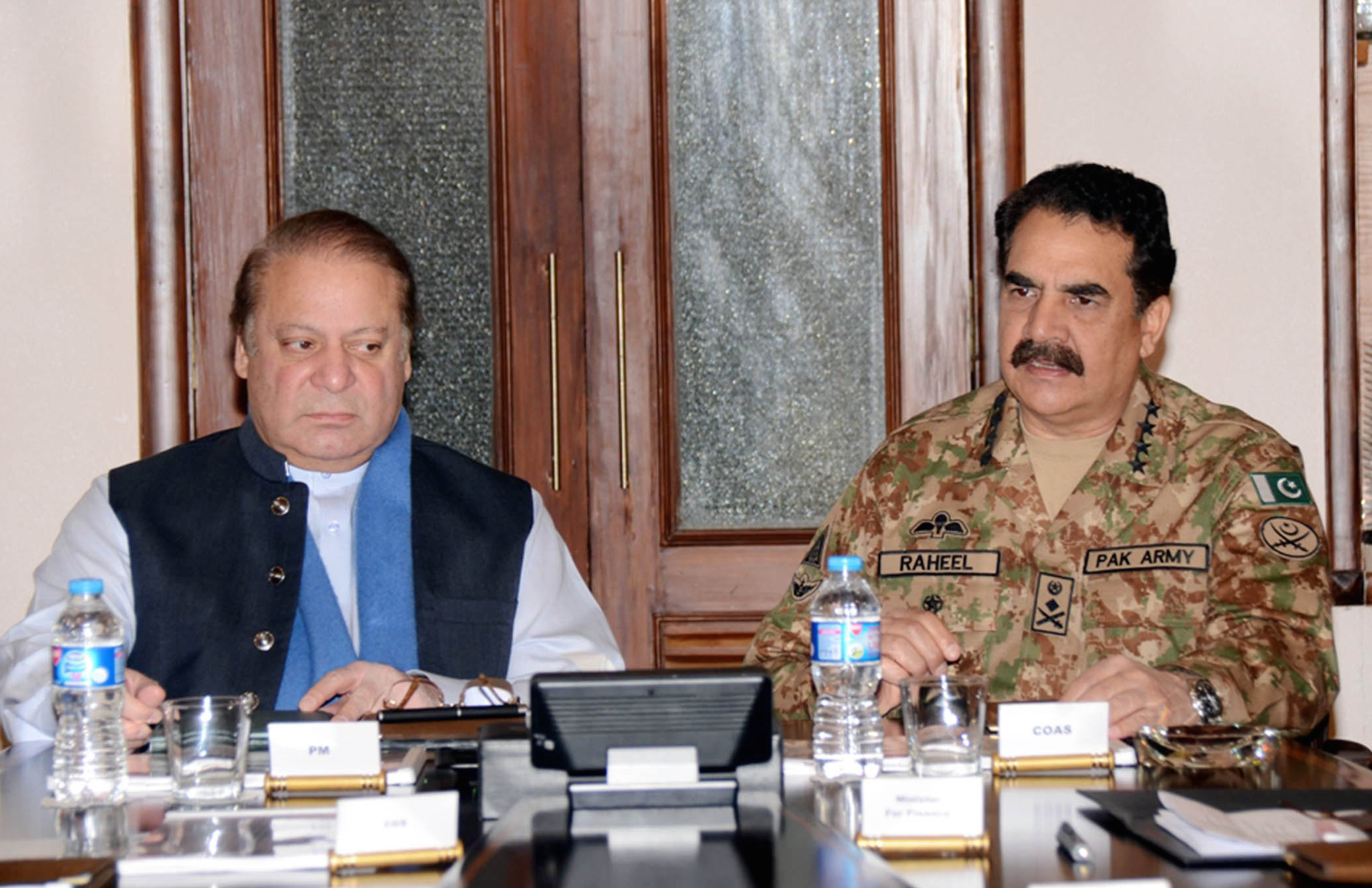 The India-Pakistan talks have been called off and the sense of relief in Islamabad and, one suspects, New Delhi, must be palpable. Within days of the joint statement at Ufa last month, it became clear that the calculations on which the resumption of a dialogue process may have been envisaged had come undone. Stung by the widespread political as well as public criticism of having omitted any reference to Kashmir from the joint statement, the Nawaz Sharif government went into overdrive to insist there could be no talks without J&K being part of the agenda. On the India-Pakistan border and Line of Control, ceasefire violations mounted and two major cross-border terrorist incidents followed, one in Gurdaspur, Punjab and the other in Udhampur, Jammu & Kashmir. A “living dossier” in the form of the Pakistani national, Naved, was captured during the latter incident. He cheerfully admitted to being a Lashkar-e-Tayyaba jihadist and expressed delight at having been given the opportunity to kill Hindus.

Nawaz Sharif has clearly been unwilling or unable to rein in the military leadership or the terrorist group, the LeT. If the Indian strategy is to engage the Pakistani civilian leadership, while retaliating robustly to cross-border provocations by its military—hoping thereby to strengthen a pro-peace constituency in Pakistan—this has proved to be a non-starter. The Pakistan Army has demonstrated time and again that it exercises a virtual veto over the country’s policies towards India, Afghanistan, the United States and China. Except for India, these countries maintain parallel and probably deeper relations with the Pakistan military, acknowledging the reality of its over-riding authority.

Once the Pakistani military had made its opposition apparent and escalated violence on and across the border with India, the proposed meeting between the two National Security Advisers was doomed.

The assumption that the civilian, democratically elected government in Islamabad, is in favour of better relations with India is only partially true. It is a complex but interpenetrated political, bureaucratic and military elite which rules Pakistan. There may be nuanced differences among its constituents, but they share a deeply adversarial perception of India. Furthermore, it is presumptuous to believe that India can significantly influence the domestic political dynamic in Pakistan. Change in Pakistan will come from how internal forces play themselves out. This is not to suggest that India should not play different constituencies in Pakistan differently. It should, but with only modest expectations.

India-Pakistan relations are, by their very nature, adversarial. This is rooted in widely divergent but deeply entrenched historical and national narratives. Each side has a different view of why partition took place, how the Kashmir dispute erupted, or why the wars of 1965 and 1971 were fought. Even liberal Pakistanis believe that cross-border terrorism is explicable, if not justifiable, because of an asymmetric threat from India. Such competing narratives can be reconciled only over a long period of patient engagement in which historical fact is separated from its politically generated distortions.

The expectation of a spectacular and emotional grand reconciliation, as between long estranged brothers, is a seductive myth which a succession of Indian leaders and civil society advocates have fallen prey to. Reconciliation and expanded cooperation will be the cumulative culmination of a series of continuous, modest, but nevertheless, practical steps to improve relations. Conversely—and as we have seen repeatedly in the recent past—any suggestion of a more than modest initiative promising a transformed relationship has inevitably led to a backlash from elements deeply invested in hostility.

Whatever be the official rhetoric in Islamabad, there is a broad elite consensus that the use of cross-border terrorism has proved to be remarkably effective in advancing Pakistan’s aims vis-à-vis India and Afghanistan. The possession of a nuclear deterrent, it is believed, shields Pakistan from serious military retaliation. The military establishment also believes that Pakistan’s adversaries, either by choice or by compulsion, are unable to play the same covert game of tit-for-tat. In the case of India, Islamabad has escaped retribution despite Pakistan-based terrorists launching progressively more serious terrorist attacks against Indian targets, including the horrific assault on Mumbai in 2008. In Afghanistan, its use of cross-border terrorism is seen validated by the US withdrawal from the country and its acquiescence in a Pakistani lead role in any political settlement of the long-drawn out civil war. Unless this strategic calculus in Islamabad undergoes a change, it is unlikely that we shall see anything more than a tactical adjustment in response to immediate pressures.

Changing the Pakistani strategic calculus requires measures on multiple fronts. There is no silver bullet. What are the levers which, taken together, could raise the cost to Pakistan, of continuing with its current posture?

Inhibitions to be overcome

India must dispense with the implicit anxiety that the disintegration of Pakistan or its descent into chaos,will confront India with an existential crisis. Whether Pakistan descends into chaos or disintegrates will depend upon what its people want and how the domestic political dynamic plays itself out in the country. India is mostly irrelevant in this regard. To refrain from imposing penalties on Pakistan’s rulers for fear of stoking chaos, is a flawed proposition. Is it not strange that Pakistan’s fragility is advertised as a mitigating circumstance even while its resilience and survivability is lauded by one analyst after another? Pakistan is often said to be suicidal but it has always shown a remarkable willingness to cut deals which ensure its survival and maintain the privileges of its self-entitled elite. We should be clear that we are dealing with a state that is coldly calculating in its pursuit of its declared interests.

Pakistan also uses the linguistic and cultural affinities between the peoples of the two countries to arouse sentimentality, which it then uses to obscure its fully unsentimental aims as a state with hostile intent. The Indian side, particularly political leaders, often fall prey to such tactics, sometimes quite unconsciously.The affinity is a reality to be acknowledged and used to advance relations if possible, but it should never be allowed to influence the calculus of inter-state relations.

Once these unspoken but severely limiting inhibitions are abandoned, then one can begin to look at what one would normally do faced with an adversarial state.

We have several pressure points which we have been loathe to use despite there being no corresponding Pakistani restraint. We have a formal claim on Gilgit Baltistan but since the Simla Agreement we have rarely articulated it, let alone pressed it determinedly. We have been reluctant to receive people from Gilgit Baltistan or raise our voice when their rights are violated. Our silence on the horrific human rights violations in Balochistan is misplaced. Thanks to its harbouring of Osama Bin Laden and Mullah Omar, Pakistan has earned its reputation of being an “epicentre of terror”. We could be much more active internationally to exploit that negative image. This should go hand in hand with the strengthening of our own security capabilities in preventing cross-border terrorism and retaliating against military provocations.

Denying dialogue does not help

At the same time, there are positive elements to be pursued through parallel, sustained and patient engagement. This means that talks should be pursued enabling sustained diplomacy, and not used as a bargaining chip or as a weak form of penalty. Doing so is acknowledgement that India has no effective levers to influence behaviour on the other side. In the past few years our response pattern has convinced Pakistan that after every crisis it is India which feels compelled to return to the table without a Pakistani quid pro quo. Therefore, any notion that holding back on dialogue is a pressure point on Pakistan, is no longer valid.

Other positive actions include promotion of people-to-people contact at all levels through a more liberal visa policy, unilateral if necessary. Even the limited visa liberalisation since 2004 has significantly increased the traffic between the two countries and there is a huge pent up demand in Pakistan for travel to India. There are close cultural affinities between the two countries and Bollywood is an indispensable part of the fabric of Pakistani life. These are underused assets.

The positive impact of increased exposure of Pakistani citizens to India will chip away at the contrived hostility that is encouraged by the Pakistani ruling elite, but this is a long-term endeavour requiring perseverance and patience. It should be our effort to promote exchanges among civil society, media and even the armed forces, such as NDC to NDC or Defence Staff College interactions. The promotion of bilateral trade and commercial exchanges should be a priority, opening up the Indian market to Pakistan’s key export commodities. The objective of these and other initiatives should be to foster, over a period of time, a more balanced and varied relationship between the two countries.

Managing Pakistan is a challenge but approaching it as a state with rational calculations which can be influenced through a varied set of political, economic, military and cultural instruments will do much to remove the self-imposed inhibitions on the conduct of our policy. The shift in mindset is fundamental. The rollout and use of the levers outlined here will need to be graduated and incremental, with careful regard to timing and opportunity. This is what we do with other states. This is what we need to do with Pakistan.

Shyam Saran is a former Foreign Secretary. He is currently Chairman,RIS and Senior Fellow, Centre for Policy Research