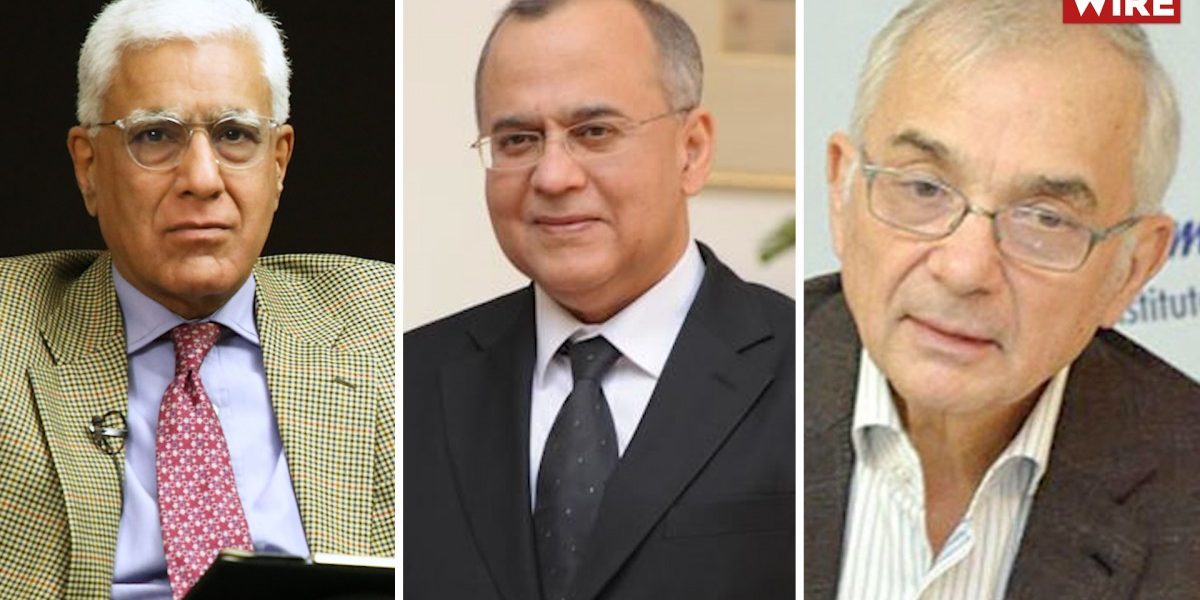 Two former Pakistan High Commissioners, who are amongst the most highly regarded diplomats in their country and recognised for their sympathetic understanding of India, have said that the window of opportunity for engagement opened by the reconfirmation of the 2003 ceasefire by the two country’s Directors Generals of Military Operations will not be affected adversely by the fall of the Imran Khan government, if it loses the vote of confidence on Saturday.

Both Ashraf Qazi and Salman Bashir have said that the decisions taken and the understandings reached will stand and continue. Qazi, however, said matters could get delayed if the Imran Khan government falls but there should be no reversal of whatever hopes of engagement are on the horizon.

The two former High Commissioners were speaking in two separate interviews to Karan Thapar for The Wire.

Salman Bashir, who is also a former Foreign Secretary and the brother of a former Pakistani Naval Chief, told The Wire that he believes the reconfirmation of the ceasefire was set up by “a purely military channel”. He said, “I don’t think there were any diplomatic or political contacts involved”. He said he had personally checked with Moeed Yusuf, Prime Minister Imran Khan’s Special Assistant for National Security Affairs, and Yusuf stands by his earlier denial that he was not involved.

More importantly, Bashir said that he knows “for sure” and “on good authority” that the reconfirmation of the ceasefire and the commitment to address “each other’s core issues and concerns” has the support and backing of Gen. Bajwa, the Pakistani Army Chief.

“Gen. Bajwa has clearly stated and steered the position of Pakistan towards economic development and stability. He believes that’s important. So, therefore, a direction towards peace with India makes imminent sense. This is Gen. Bajwa’s view. I know for sure. I can state it on good authority”, Bashir said.

Salman Bashir added: “Don’t underestimate the significance of a Joint Military Statement by the two militaries”.

Speaking about the importance and significance of the military involvement behind this ceasefire and concern about each other’s core issues, Bashir said “this has come from an important institution on our side i.e. the army. The political masters can lead the way but the institutional connect is important. This is there to stay.”

Ashraf Qazi, who has also served as Pakistan’s Ambassador to America, China and Russia, told The Wire in no uncertain terms that “there have been back channels involved”. He said: “They have happened. There can be no doubt about that. A lot of thought has been given to this. Sherpa work has happened”. However, Qazi added that he did not know whether these back channels talks happened in a third country or in other ways.

Also watch: What Led to the Ceasefire on the LOC?

Speaking about the reconfirmation of the 2003 ceasefire, Qazi said “I hope it’s more than just peace and tranquillity on the border”. He added: “If it is only this it won’t last for long. It has to be more than this”.

Salman Bashir described the reconfirmation of the ceasefire as “a significant step”. He said its “not a small step, it’s a required step. It is essential”.

Speaking about the timing, Qazi told The Wire that it’s possible the Biden administration had played a role. He says President Biden wants Pakistan’s help with respect to Afghanistan. However, Qazi added the timing could also be determined by India’s own questioning of whether its policies are working i.e. in Kashmir and also a result of the other challenges India faces. Though Qazi did not mention the problem in Ladakh and China it seems he was hinting at it.

Salman Bashir told The Wire that “the timing intrigues me”. He asked: “Why now?” and added “Why has Modi agreed to this?” Bashir said the reconfirmation of the ceasefire could be a reflection of India’s concern about facing two hostile fronts. However, Bashir did not think the hand of the Biden administration was involved.

Bashir said for him the key question was the following: “Is this a change of heart by India vis-à-vis Pakistan? Or is it expediency i.e. a response to its own challenges, particularly in Kashmir?” Bashir said that he believes India has perhaps lost Kashmir irrevocably.

Both men told The Wire that preconditions should not be set to the possibility of any engagement after this reconfirmation of the ceasefire. Bashir said: “Don’t predicate all this on preconditions” and added: “It’s smart to give space to each other”. However, he added that there was a need for goodwill on both sides and he emphasised that Delhi must be prepared to create “comfort for Kashmiris” although he did not specify what that would amount to.

Qazi said there is “an expectation in Pakistan with respect to August 5, 2019,” but when asked whether this is a condition for any engagement he said it should, in fact, be put aside for now and tackled later. He said there was a need “to take advantage of this immediate opportunity to reduce tension and start engagement”.

Qazi told The Wire that it was quite significant that both sides, in their statements after the DGMO press release was published, did not reiterate their redlines. The Indian spokesman did not stress that talks and terror can’t go together. Pakistan’s Prime Minister in his tweets did not say there could be no talks till India restores Jammu and Kashmir’s lost sovereignty.

“It’s quite significant” said Ashraf Qazi. “It means both sides, in my view, are thinking of the possibility of moving to restart normal relations”.

Bashir said “one would like to read deeply into these omissions”. However, he reiterated that Pakistan would want some comfort for Kashmiris restored but, once again, did not specify what he meant.

Qazi hoped that a process of engagement could lead to restoration of High Commissioners and even, perhaps, to the holding of the long delayed SAARC Summit. Qazi said restoring High Commissioners would be “an important next step”.

If they were currently Pakistan’s High Commissioners to India what would be their advice to their government to ensure that a process of engagement starts and does not stall? Qazi said there’s “a need to explore and continue with this”. He said, “There’s been a lot of work and we must continue with it”.

Bashir spoke in greater detail. He said: “I can craft a forward trajectory for India-Pakistan in three minutes”. He said there are many issues on which the two countries can agree. He spoke of humanitarian concerns, fishermen, prisoners, visa liberalisation and trade relations. Mr. Bashir added: “There is a history of missed opportunities. There’s a lot we can pick up and tie up.”