Watch | ‘Imminent Prospect’ of India Becoming a Football in US Politics: Ashley Tellis

In an interview to Karan Thapar for The Wire, Ashely Tellis says that there is likely to be an increase in constituencies in the US that voice concern about Indian democracy and India’s treatment of minorities. 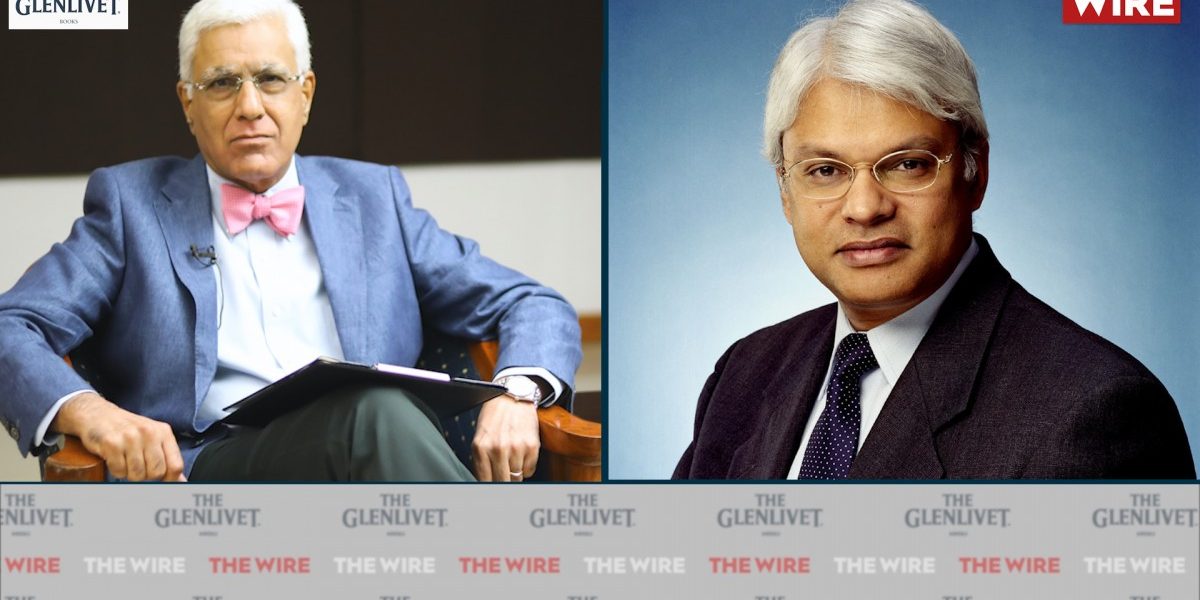 One of the US’s most highly regarded scholars of Indo-American relations has said that there is a real possibility – “an imminent prospect”, as he put it – that India could become a football in US politics and that the bipartisan consensus between the Republican and Democratic parties on India could erode. Ashley Tellis, the Tata Chair for Strategic Affairs at the Carnegie Endowment for International Peace in Washington DC, said this could be the end outcome of differences in the response of the incoming Democratic administration and the Republican party on concerns such as press freedom in India, treatment of NGOs, developments in Jammu and Kashmir and the Citizenship Amendment Act and the National Register of Citizens.

In a 42-minute interview to Karan Thapar for The Wire, Tellis said that there is likely to be an increase in constituencies in the US that voice concern about Indian democracy and India’s treatment of minorities. As he put it, there’s rising concern in the US about these issues. However, he added that there’s a real possibility that if Democrats raise these issues their Republican opponents might choose to take an opposite stand. If that happens, the traditional bipartisan consensus could easily erode and lead to India becoming a football or a partisan issue in US politics.

Tellis also told The Wire that there is “a sea change in US attitudes to Pakistan”. He said he hopes that the incoming Biden administration will be able to rebuild “a productive relationship with Pakistan” but that won’t happen at the cost of relations with India or at the cost of US concerns about Pakistan’s involvement in terror.

Speaking about the incoming vice president, Kamala Harris, Tellis said that she would neither be “a closet advocate nor a closet critic for India in the White House”.

In the interview to The Wire, Tellis pointed out that governance would not be easy for president-elect Biden but “an uphill task”. He said “forces of Trumpism are alive” and the president-elect will have to contend with them. However, he said Biden is “not a polarising personality” and “fundamentally decent”. He has the talent and capacity to reach across the political aisle and, with his 36 years of experience in the Senate, establish a good working relationship with Mitch McConnell and the Republicans.

In the interview to The Wire, Tellis spoke about several domestic challenges facing Joe Biden. These include the coronavirus crisis with cases increasing at over 120,000 a day, the battered economy and the deep racial rift.

Tellis also spoke about the impact the president-elect is likely to have internationally. He said he believes it would be relatively easy and straight forward for the Biden administration to reverse Donald Trump’s withdrawal from the Paris Climate Accord and the World Health Organisation. It will not be so easy to reverse the withdrawal from the Iran Nuclear Deal.

Speaking about US-China relations, Tellis said he expects the competition between the two countries to continue but the style of its handling is likely to change. He said this relationship will not be viewed as a zero-sum competition by the Biden administration.

Tellis told The Wire that he thinks a post-Brexit free trade agreement with Britain is not likely to be easily achieved. The present mood in the US is sceptical of FTAs and President Biden, who has Irish connections, would be particularly concerned about the impact of Brexit on the Good Friday Agreement.

Speaking about relations with India under president-elect Biden, Tellis said that he does not believe Modi’s close relationship with the outgoing president, including ‘Howdy Modi’ and ‘Namaste Trump’, will rankle with Joe Biden.

Speaking about the central role India has played in the US’s geopolitical contestation with China under Donald Trump and whether that will continue or diminish under Joe Biden, Tellis seemed to suggest that the US needs to reinforce its relations with its Asian and Pacific allies and that the focus on the Quad could reduce.

Tellis told The Wire that the incoming Biden administration will be a lot more forthcoming in giving H1-B visas. He described President Trump’s attitude to visas as “insane”. He is confident that Joe Biden understands the central importance of immigration to the US’s economy.