Watch | 'India on the Back Foot in Secret Talks With Taliban', Says Afghanistan Expert

In the interview with Karan Thapar, Radha Kumar, former director general of the Delhi Policy Group, said that since Modi came to power in 2014, India has been looking for ways to scale down its presence in Afghanistan. 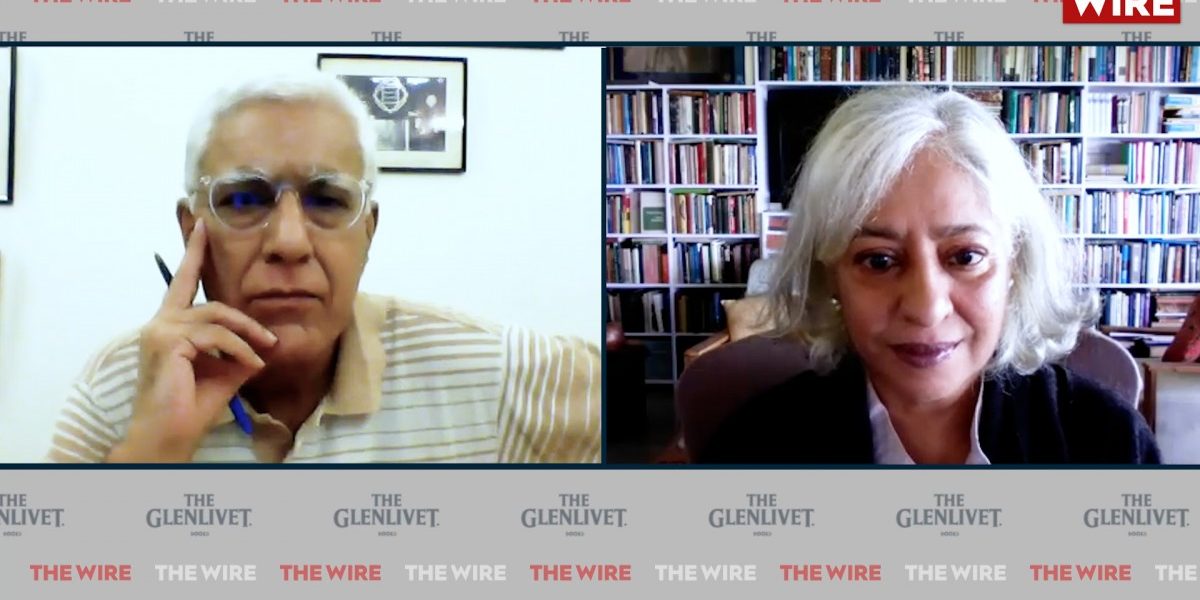 Even though it has taken the initiative to conduct secret talks with the Taliban, India is clearly on the back foot. That is the opinion of one of India’s foremost experts on Afghanistan, former director general of the Delhi Policy Group, Radha Kumar.

She says the signs of India scaling down its role in Afghanistan – perhaps to make its continued presence more acceptable to the Taliban, who could sweep to power in Kabul after the Americans depart in September – are already visible with the closing down of two of India’s four consulates, one in Herat, near the Afghan-Iranian border, and the other in Jalalabad, near the Afghan-Pakistan border.

In a 38-minute interview with Karan Thapar for The Wire, Radha Kumar revealed she had been told that from the start of the Modi government in 2014 the Prime Minister was looking for ways of scaling down India’s presence in Afghanistan. Therefore, the closure of the two consulates and any further reduction in India’s presence would be part of a pattern of thinking that goes back seven years.

However, Kumar told The Wire that there are also differences or divisions within the Taliban on how it should relate with India. The military leadership and the Haqqani Group, both of whom operate mainly out of Pakistan, have reservations about India. In fact, the Haqqani Group was responsible for the attack on the Indian Embassy in Kabul in 2008. The Taliban has reportedly told the London paper The Times that it has “reservations about India’s role in Afghanistan”.

On the other hand, the political factions which largely operate out of Doha in Qatar are keen to build a relationship with India because they need the development assistance India can offer. Suhail Shaheen, the Taliban spokesman in Doha, has said: “We need reconstruction and development (and) that cannot be achieved without co-operation from regional countries”.

Kumar said India’s great strength in the secret talks with the Taliban is that other than China, it is the only country in the region capable of giving Afghanistan development assistance. Already India has spent up to $3 billion on projects such as the Salma Dam, the parliament building, hospitals, roads and power stations.

Kumar says the problem from India’s point of view is the Taliban’s historic linkages with the Lashkar-e-Taiba and the Jaish-e-Mohammed. India will want an assurance that the Taliban will not provide them sanctuary if it comes to dominate Afghanistan after America’s departure. But, she asks, even if given – but that cannot be taken for certain at the moment – how credible and reliable would such assurance be?

Kumar points out that both Jaish and LeT began as organisations dedicated to the Afghanistan jihad. Secondly, many of their leaders have friendships including linkages going back to madrasas and seminaries with the Taliban. She points out that Masood Azhar of the Jaish even trained in Afghanistan before he was found to be both physically unfit and also cowardly in his attitude.

In the interview to The Wire, Kumar says she doesn’t believe there would have been a great deal of pressure from the Biden Administration on New Delhi to start talks with the Taliban, although Washington would definitely have advised and suggested such a move. The reason this would not amount to pressure is because, she says, the Americans have concluded India does not have a great role to play in Afghanistan hereafter. In fact, she adds, it was Zalmay Khalilzad, who was the Trump Administration’s Special Envoy, who was very keen that India should reach out and build a relationship with the Taliban.

She also talks about why she believes reaching out to the Taliban is linked with the February ceasefire with Pakistan, the apprehensions of a two-front situation with China after the Ladakh confrontation of last year and, also, the present attempt at a rapprochement with India’s own Kashmiri leadership.