Vishal V. Sharma was also Narendra Modi's officer on special duty in Gujarat, and said to be responsible for his public meetings conducted via holograms. 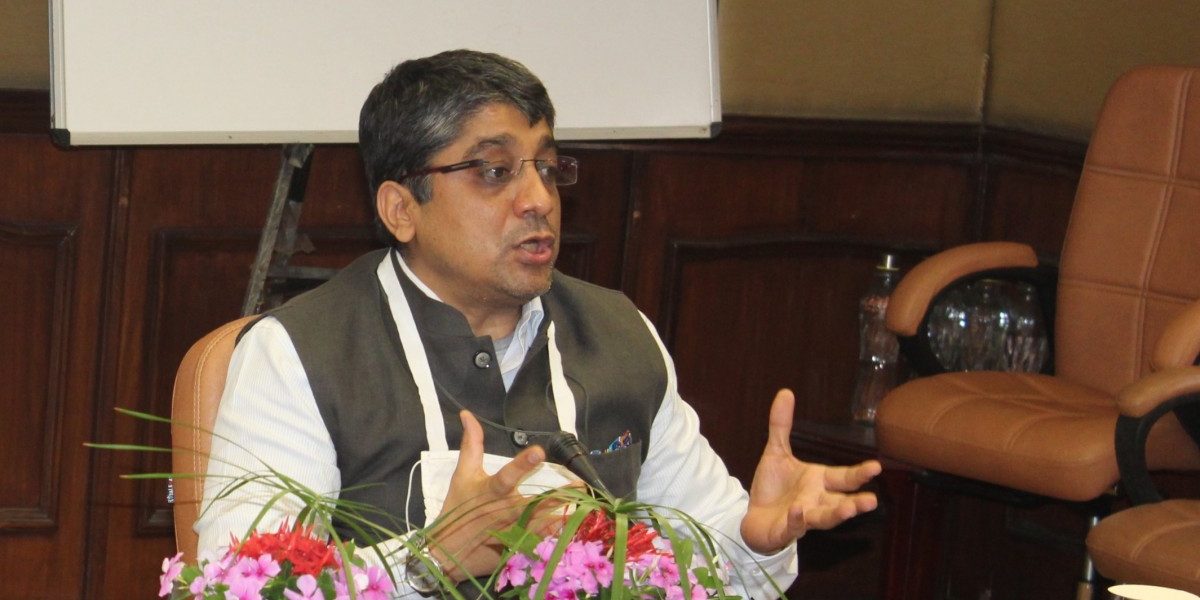 New Delhi: The Ministry of External Affairs on Thursday announced that India’s next envoy to the UN’s cultural body will be Vishal V. Sharma, a ruling party official who had also been officer on special duty to Indian Prime Minister Narendra Modi when he was heading Gujarat.

“Shri Vishal V. Sharma has been appointed as the next Permanent Representative of India to the Permanent Delegation of India to UNESCO, Paris, with the rank of Ambassador, in succession to Shri Jawed Ashraf. He is expected to take up the assignment shortly,” said the MEA press release. A couple of hours after the announcement, foreign secretary Harsh Vardhan Shringla posted a congratulatory tweet.

Hearty congratulations to @VishalVSharma01 for his appointment as #Ambassador / Permanent Representative of #India to @UNESCO in #Paris @IndiaatUNESCO pic.twitter.com/LmqbziWnbI

Though the foreign secretary posed with Sharma, queries to senior officers about the new ambassador’s credentials drew a blank. Asked who he was, one MEA official told The Wire, “We are trying to find out the same!”

A communication specialist in the BJP, Sharma had been officer on special duty in the early years of the Modi regime when he was the Gujarat chief minister. Reporters in Ahmedabad recalled him as the man behind Modi’s public meetings via holograms in the 2014 election. However, due to his low media profile, there is not much public information about him. And what little there is suggests his ambassadorial appointment to UNESCO is perhaps linked to his ‘cultural nationalism’.

“5th August is a civilisational day, greater than perhaps even the transfer of political power on 15 Aug, because on 5th Aug, the true spirit of Indian civilization’s independence will be achieved,” he tweeted on the day the foundation stone for the Ram temple in Ayodhya was laid, adding, somewhat ironically – given that the temple was being built at the site of the Babri Masjid which Hindutva activists had destroyed in 1992 – that the temple was a “victory of tolerance & RaghupatiRaja, Raja Ram’s Rajya over the evil of extremism.” 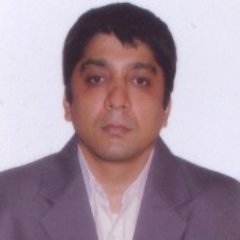 Sharma was appointed as independent director in state-run oil major Bharat Petroleum Corporation Limited in 2017. According to a BPCL annual report, he also had a directorship in Free Press House Limited. His academic qualifications as listed in the annual report were Bachelor of Science (Physics) and Executive Programme in Business Management at IIM (Calcutta).

A search for his written publications led to an article on the World Hindu News, website, published in April 2015 and titled, “The unappreciated supercomputer Indian Prime Minister”. The name and the description of author matches the biography provided by Sharma in his Twitter account.

The article lamented the fact that while Modi had attempted to make bold reforms, he had not been appreciated due to negative publicity by opposition parties that led to the roll-back of the land acquisition Bill.

“A right analogy would be that Narendra Modi is a supercomputer having to work on an outdated motherboard that is the Indian bureaucratic system. Many feel that Narendra Modi doesn’t have the right team of people who can deliver as fast as the genius in him works. One can also say that Narendra Modi functions @ the speed of light, but his team works at the speed of a steam engine. Neither the government nor the bureaucratic setup appears geared up to generate the kind of velocity, that a leader of the Narendra Modi’s stature deserves. Modi is vibrant, but the system is defunct. Modi is a Ferrari race-car engine, but the tyres are of Maruti 800. Modi is like an Amitabh Bacchan having to work with Devika Rani (no offense to the great actress of the yesteryears).”

Sharma identified three issues hampering the Indian prime minister – lack of “visible action” against corruption in lower levels, lack of information reaching villages about government programmes and a “talent deficit in the system and the team that supercomputer Narendra Modi has to work with”.

A quick perusal of his Twitter profile shows that he has been a frequent guest on prime-time television shows on Republic and Times Now television channels as a political analyst.

In recent weeks, he had been a vocal discussant on shows about the suicide of Sushant Singh Rajput, expressing concern about the investigation by Maharashtra police and making observations about Rhea Chakraborty’s relations with the Bollywood actor’s family.

Why is the Mah.govt reluctant to give case to the CBI? This why needs to be answered. @republic #SushantDeathMystery pic.twitter.com/dEogrxOD5u

The body language question of the alleged suspects. #SushantCoverup pic.twitter.com/FJNUuXrXBX

There was a conscious attempt to disconnect Sushant from his family: @VishalVSharma01, Political Analyst tells TIMES NOW. | #SushantMurderQuestion pic.twitter.com/8lfzE7B0Fe

Most of Sharma’s Twitter timeline is filled with graphic posters that range from praise for Uttar Pradesh chief minister Yogi Adityanath to highlighting specific initiatives of the Central government.

On October 13, he had uploaded a poster which repeated the claim spread by pro-government social media accounts that a Jabalpur doctor, Rajkumari Bansal, had pretended to be the sister-in-law of the victim in Hathras, Uttar Pradesh. The post also claimed that the doctor had made similar attempts in another case of murder of a 18-year-old woman in Agra in 2018.

Fact-checking websites like Altnews and Boomlive had demonstrated through multiple photographs that contrary to claims that Congress leader Priyanka Gandhi had hugged a false “Naxal Babhi”, she had embraced the mother of the victim.

There is no source on the poster for linking the doctor to the two-year-old Sanjali murder case.

On foreign policy issues, his range extended from asserting that India has got the upper hand in the recent border crisis with China to asserting that US President Donald Trump should get the Nobel.

Sharma will only be the third political appointee among Indian ambassadors and high commissioners around the world. In 2017, former Central Board of Investigation director R.K. Raghavan, who headed the SIT probe set up by Supreme Court that cleared the Indian prime minister’s involvement in the 2002 riots, was appointed as India’s high commissioner to Cyprus.

Over the last decade, the post of the permanent representative to UNESCO, headquartered in Paris, had been a standalone posting, which was filled up by an officer of the Indian Foreign Service or Indian Administrative Service on a rotational basis.

UNESCO’s highest profile in India usually occurs when the body grants world heritage status to a city or a monument. Last year, Jaipur was made a world heritage city, and Ahmedabad got the same status in 2017. With a wide ranging mandate in education, science and culture, the UN body has linkages to a diverse range of organisations in India ranging from the Ministry of Education to the Sahitya Akademi.

From 2010 to 2014, Vinay Sheel Oberoi of the 1979 IAS batch was in the seat. He was followed by Ruchira Kamboj, currently Indian ambassador to Bhutan, for four years till 2017. Thereafter, there was a change in tradition – and India’s envoy to France was also accredited to the UN body. Vinay Mohan Kwatra was the first resident Indian ambassador to also be India’s permanent representative to UNESCO, followed by Jawed Ashraf.

With the MEA’s notice on Thursday, this convention has been discarded.