The BIMSTEC summit in Sri Lanka is being held in a 'hybrid' format to allow Myanmar's junta leaders to participate. 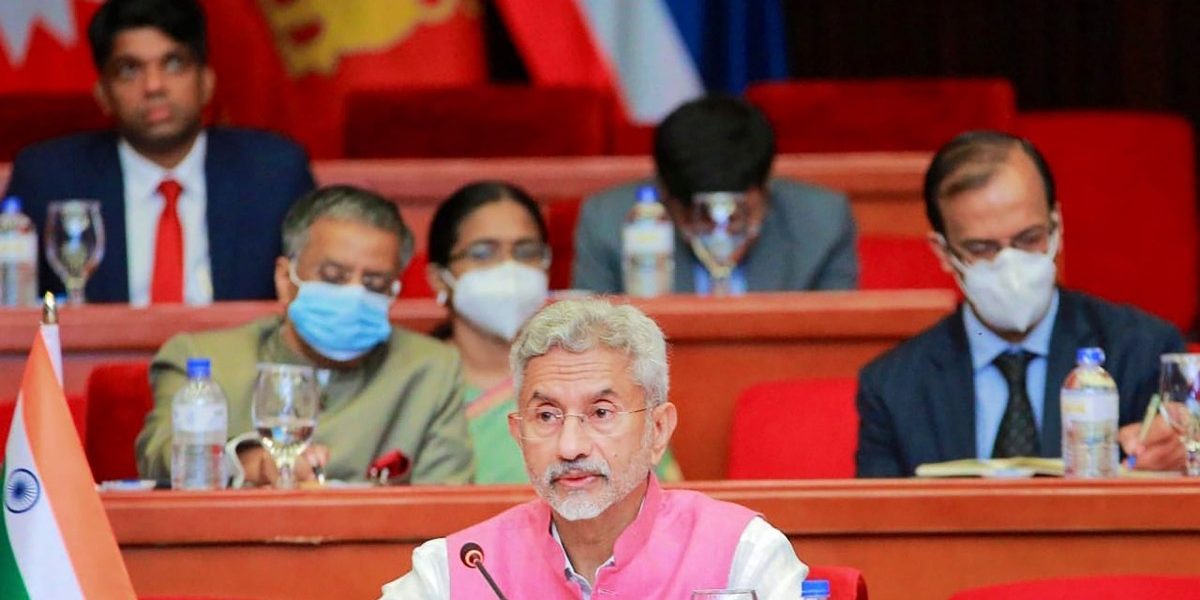 New Delhi: With BIMSTEC countries allowing Myanmar to participate in its first summit in four years, the United States issued a demarche to India urging the grouping to isolate the junta diplomatically and follow the ASEAN model of permitting only “non-political” involvement.

On March 30, the fifth summit of the Bay of Bengal Initiative for Multi-Sectoral Technical and Economic Cooperation will be held virtually. The last one was held in Nepal in 2018. All the countries will be represented by the heads of government, except for one. From Myanmar, foreign minister Wunna Maung Lwin will be taking part in the virtual conference instead of the junta chief senior general Min Aung Hlaing.

The special treatment being given to Myanmar is further apparent as the summit is being held in a ‘hybrid format’ this time. While the leaders are holding a virtual conference, all the foreign ministers have flown in to participate in a physical meeting a day before, on March 29. The only absentee in Colombo is Myanmar’s foreign minister, who will be following the events from Naypyidaw.

As the host, Sri Lanka decided on this formula to allow for Myanmar’s participation, which all the other members accepted.

Even as the participants began to meet in Colombo, the US sent a diplomatic note to India earlier this week expressing its view that BIMSTEC should not have allowed Myanmar to participate in the current format.

It is learnt that the demarche sent to India specifically refers to the steps taken by the Southeast Asian bloc of countries ahead of their annual summit in October 2021.

Last year in April, ASEAN had agreed on a five-point consensus to find a solution to the crisis in Myanmar following the coup by the Myanmar military and imprisonment of all civilian leaders, including former state councillor Aung San Suu Kyi.

However, after the Myanmar junta refused to allow a visit of the ASEAN special envoy, the ASEAN foreign ministers decided at an emergency meeting to bar the Myanmarese junta chief and invite a “non-political” representative for the leaders’ summit.

At the virtual ASEAN summit, the window for Myanmar was blank with just a placeholder title.

Sources told The Wire that the US demarche had stated that the ASEAN decision to drop junta representation had given the proper signal to Nyaypyidaw that it would get isolated diplomatically unless it ended the violent crackdown on pro-democracy protestors.

Citing the ASEAN way, the US called on India, as a member of BIMSTEC, to follow the precedent set by the regional bloc so that there was no member of the junta government at the leaders’ summit on March 31. The diplomatic note reportedly stated that this was necessary to indicate to Myanmar that it could not be business as usual.

It is not yet clear if the US has sent a similar demarche to other BIMSTEC member states.

One of the outcomes of the fifth BIMSTEC summit will be the release of the charter of the group, which was formed 24 years ago. Since the charter will be signed by all the leaders, the Myanmar junta chief’s signature will be taken off the screen.

When contacted, the US embassy spokesperson declined to confirm whether a demarche has been sent to the Ministry of External Affairs regarding Myanmar’s participation in the BIMSTEC summit.

The United States recently declared that Myanmar’s military action against the minority Rohingya was a “genocide”.

Compared to the west, India has been relatively muted in criticising the junta regime, though it has repeatedly called for a return to democracy in all public statements.

New Delhi has had to balance its concerns about political leaders with the cooperation required from the junta to stop the operation of insurgent groups in the northeastern states. India also does not want to accede space to the Chinese, which has accused the west of unfairly targeting Myanmar.

When a Myanmar court sentenced Suu Kyi, India said it was “disturbed” and called for the democratic process to be upheld but refrained from explicitly pointing a finger at the junta.

Intending to keep channels open, India abstained from a resolution castigating Myanmar at the UN General Assembly and opposed the imposition of sanctions. India’s defence attaché had attended the Army day parade, along with China, Russia and a couple of Southeast Asian nations, a month after the February coup.

The divergence between India and the rest of the three Quad nations, the US, Australia and Japan, over Myanmar was articulated by Jaishankar during his Melbourne visit last month.

At one interaction, he told the audience that “one way to secure that (northeast) border is by working with the government, which means the military”.

Listing the reasons for engaging with the junta, Jaishankar said India had “concerns about insurgents operating there who some months ago killed a very senior military officer and his family; concerns about the COVID and the lack of vaccination on our common border; concerns about a humanitarian situation which is arising from food shortages”.