The statement was made in relation to the Grand Ethiopian Renaissance Dam, which has become the reason for the transboundary water dispute connecting Ethiopia, Sudan and Egypt. 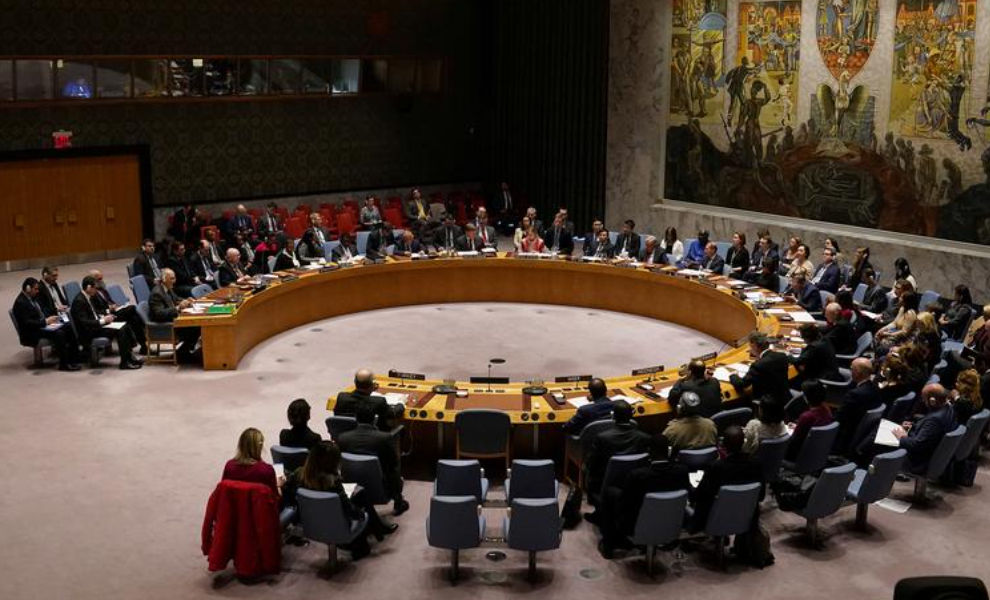 New Delhi: The United Nations Security Council, for the first time, issued a statement on a transboundary water dispute with several caveats, which led India to caution that it was not under the UN body’s purview and should not be used as a precedence for any other similar conflict.

During the productive third week of September, the UNSC extended the mandates of two UN missions and one investigative team. The Council president for the month, Ireland, also issued two presidential statements.

As expected, the Security Council extended the current mandate of the UN Assistance Mission in Afghanistan (UNAMA) for six months till March 17, 2022. This period would allow the UN and the other countries to take stock of aid operations in Afghanistan and draw up a template for the modified mandate for the UN mission.

The resolution also directs the UN Secretary-General to submit a report by Jan 31 with recommendations for UNAMA’s future mandate “in light of recent political, security and social developments”. The SG also has to brief the Council every month about UNAMA’s work.

After the resolution was approved unanimously, Russia gave a glimpse of the negotiations when the Russian diplomat expressed regret that the resolution did not include a specific reference about threats from drug trafficking and the Islamic State in Iraq and the Levant (ISIL). The Mexican envoy said that he was surprised to see language related to respect for international law and protection of civilians was omitted from the final resolution.

The UNSC also approved the extension of the UN Support Mission in Libya (UNSMIL) mandate till September 30.

Along with these technical rollovers, the UN body also agreed to extend by a year the mandate of the UN investigation team to Promote Accountability for Crimes Committed by Da’esh/Islamic State in Iraq and the Levant (UNITAD).

Last week, one of the two presidential statements expressed concern about the escalating feud between Somalian president Mohamed Abdullahi Mohamed and prime minister Mohamed Hussein Roble. The Council called for the Somali government to ensure that any political differences “do not divert from united action against Al-Shabana and other militant groups”.

However, it was the presidential statement on the Grand Ethiopian Renaissance Dam (GERD) that made history in the Council. It was the first time that the UNSC had issued any statement on a transboundary water dispute, which so far had been kept assiduously off UNSC’s agenda.

The GERD is Ethiopia’s flagship infrastructure project which would be the largest power generator in the African continent.

At a recent event, former Indian ambassador to Ethiopia, Gurjit Singh, reminded that Ethiopia had modelled the dam after India’s experience with the Bhakra Nangal Dam. Even the funding had been based on India’s experience with the Resurgent India bonds, which were used to tide over the capital crunch due to the 1998 sanctions. Ethiopia raised around $3 billion from its diaspora and another $1.8 from Chinese financial institutions.

There had been friction from the start with the lower riparian states, with Sudan and Egypt demanding more water flow than Ethiopia is willing to commit, especially during the dry season. Despite efforts by African Union at mediation, they have not been able to reach any settlement.

Egypt has been seeking to internationalise the dispute with Ethiopia over the hydropower project on the river Nile. The League of Arab States had passed a resolution calling for UNSC action on the GERD, over which Egypt, Ethiopia and Sudan have been bickering for a decade.

Tunisia, an Arab League member and one of Africa’s three non-permanent members, had circulated a draft resolution on GERD in early July. Due to objections from several countries, it was turned into a presidential statement, but even that requires consensus from all parties.

After nearly two months of negotiations and multiple iterations, the Security Council issued its first ‘product’ on the GERD in the form of a presidential plan statement on Sep 15.

The statement called on the three countries to reach a binding agreement “expeditiously” and “within a reasonable time frame”. There was no deadline.

While encouraging observers to support the discussions, it also called on them to “take forward the AU led negotiation process in a constructive and cooperative manner”.

As a nod to the concerns of several UNSC members, the statement also stated that the issuing of the document “does not set out any principles or precedent in any other transboundary water disputes”.

The July 8 discussions had brought out concerns over whether the GERD issue should even be discussed at the Council. Kenya, Niger, Mexico and St Vincent and Grenadines had all pointed out that the negotiations had to be resolved regionally.

Similarly, India had batted against any UNSC intervention, urging that the primary stakeholders be drivers for any mechanism to resolve transboundary water disputes.

Two months later, it took just a couple of minutes to formally adopt the presidential statement. But, only India gave an ‘explanation of position’ at the session.

Deputy permanent representative to UN, R. Raguttahalli reiterated, “India’s principled position is that as a general rule, trans-boundary water issues do not belong to the domain of the UN Security Council”. He added that it was also “important to place on record” that the Council’s statement does not set any precedence for other water disputes.

He also pointed out that India, as “an upper, middle and lower riparian State,” had extensive experience in this area.

With China, India has had to push for consistent sharing of hydrological data of the Brahmaputra river amidst concerns over large dam building projects by Beijing.

On its western border, India has raised questions about the implementation of the Indus Water Treaty when relations have been at nadir with Pakistan in the last seven years.

India had to stress its experience with transboundary water issues, as its views were primarily in sync with the Ethiopian position and against Egypt’s demand for UNSC intervention. Ragutahalli, incidentally, began his statement by asserting that India had historical ties with all three countries.

On the GERD dispute, he expounded that India believed that all the countries should “continue their bilateral engagements, as well as cooperate fully in a focused manner, to reach to a mutually acceptable, long-term solution to the relevant issues”.

This will be the only way to reach an enduring solution to serve the developmental needs of upper and lower riparian basin countries. He added that other countries should also “support the efforts of the African Union in that regard”.

Egypt was quick to welcome the presidential statement by claiming that it showed that the Council was “responsive” and “favourably” inclined to the Arab League’s request to be seized of the matter.

Addressing the media to highlight Egypt’s position after the #UNSC adopted a very important #PRST that encourages Egypt, Ethiopia & Sudan to expeditiously resume negotiations under the #AU-led process to reach a binding agreement on GERD within a reasonable timeframe 2/3 pic.twitter.com/dSrFVpiJZE

According to the Security Council Report, the final version of the presidential statement had removed the clause that called on the Secretary-General to report on the dispute every six months. This was removed due to objections from several countries as it would have placed the matter formally on the Council’s agenda.

Ethiopia welcomed the referral to the AU-led negotiations but also expressed regret that the Security Council had pronounced on a dispute “outside of its mandate”.

PRESS RELEASE ON THE STATEMENT OF THE PRESIDENT OF THE UNITED NATIONS SECURITY COUNCIL ON THE GRAND ETHIOPIAN RENAISSANCE DAM pic.twitter.com/emnww4deIT

In November 2016, non-permanent member Senegal had initiated the first open debate in the UN security council on the issue of water, peace and security. The discussion had reflected the varied view, with some states welcoming the Council’s role in addressing security implications from water dispute, while others stated that it was beyond the gambit of the UN body.

There had been no other discussions on water conflicts, before Tunisia first requested a meeting in the UNSC last year after Ethiopia started the first filling of the dam.

This week in UNGA

In the busiest week of the UN calendar, all eyes are on the General Assembly, where world leaders deliver their statements during the general debate. It means that permanent missions of Security Council members will be mainly coordinating the visits of their national delegations after a gap of over a year due to the covid-19 pandemic.

The only public meeting on the Security Council’s schedule is on Thursday. Irish prime minister Micheál Martin will be chairing an open debate on climate change and security. India’s traditional position has been that the agenda of climate change should not be brought into the Council.

Besides, Irish foreign minister Simon Coventry is expected to chair an informal dialogue between UNSC and the League of Arab States on Wednesday.