While India for the first time used the term ‘condemn’ in a public statement related to the Ukraine war, it did not join the West in pointing the finger at Russia. 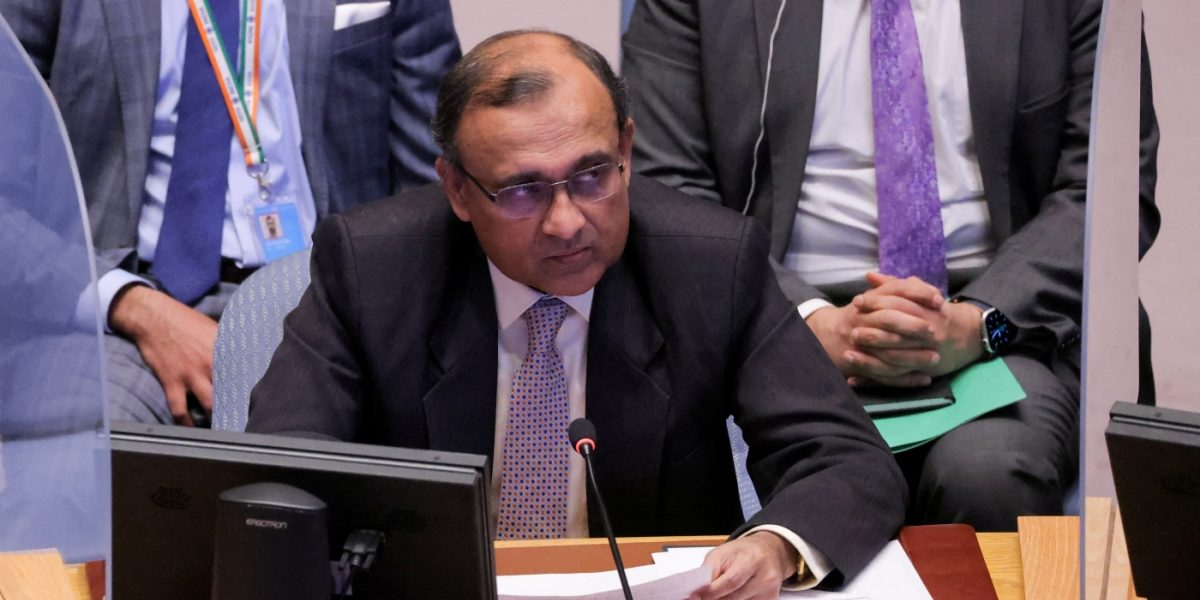 New Delhi: Using the strongest words yet, India on Tuesday said that it unambiguously condemned the reported killings of civilians in Bucha and called for an independent probe – in line with UN secretary-general Antonio Guterres’ demand – but did not join the West in accusing Russia of being the perpetrator of the massacre.

This is the first time India has used the term ‘condemn’ in a public statement related to the Ukraine war. The statement was made by India’s permanent representative to the United Nations, T.S. Tirumurti, at the United Nations Security Council (UNSC)’s meeting on Ukraine, which was also addressed by video link by Ukrainian president Volodymyr Zelensky.

Ever since Russian troops started to withdraw from the region around the capital, Ukrainian troops have been giving access to journalists to towns to show the deadly impact of the presence of Russian troops.

The images from the Ukrainian town of Bucha showed civilians, many with their hands tied behind their back, lying dead on the streets.

The Russian defence ministry has claimed that the killings took place after their troops withdrew from Bucha on March 30. A New York Times report on April 4 said that satellite images show that many civilians were killed more than three weeks ago, when Russia’s military was in control of the town.

The Russian permanent representative, however, disputed the Times’ report and asserted that the state of the corpses on the streets was not in line with them being “dead for weeks”.

India has, so far, expressed concern at the Ukraine war but stopped short of condemning Russia or even characterising the military action as an ‘invasion’.

Therefore, India’s words at the UNSC were the strongest yet, albeit for a particular event in the Ukrainian war.

“Recent reports of civilian killings in Bucha are deeply disturbing. We unequivocally condemn these killings and support the call for an independent investigation,” said Tirumurti.

While India is condemning the Bucha killings, it has deliberately not pointed the finger at Russia, as the Western countries have explicitly done.

The Indian support for an independent probe also implies that the international community should await the outcome of the investigation.

India’s call for an international probe was in line with the suggestion of UN secretary-general Guterres, who reiterated his demand for an independent investigation to guarantee accountability while addressing the UNSC.

“I will never forget the horrifying images of civilians killed in Bucha. I immediately called for an independent investigation to guarantee effective accountability. I was shocked by the personal testimony of rapes and sexual violence emerging now,” he said. 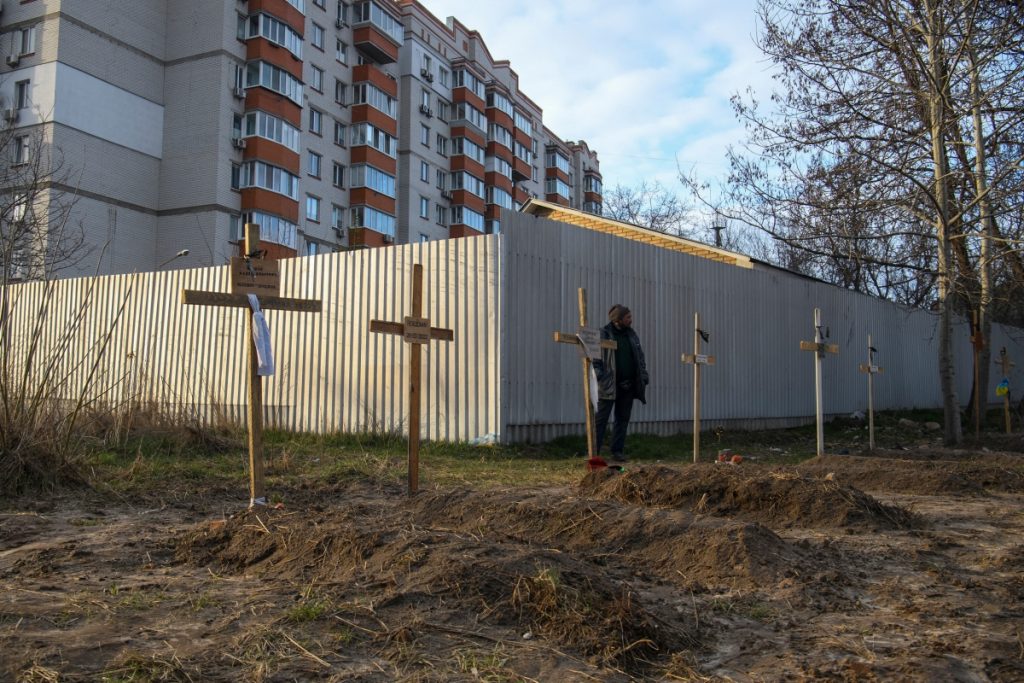 A man stands next to graves with bodies of civilians, who according to local residents were killed by Russian soldiers, as Russia’s attack on Ukraine continues, in Bucha, in Kyiv region, Ukraine April 4, 2022. Photo: Reuters/Vladyslav Musiienko

Official sources said that India’s demand for an independent probe echoed the proposal of the secretary-general. Therefore, it was argued that the support could not be termed as a “shift” in India’s position since this was the first time that this issue had come up.

Earlier in the day, Indian external affairs minister S. Jaishankar spoke to his US counterpart, secretary of state Anthony Blinken.

Spoke to @SecBlinken ahead of our 2+2 consultations.

In line with other UN resolutions, India has previously abstained from the United Nations Human Rights Council issue of setting up an independent international Commission of Inquiry to investigate violations committed during Russia’s military attack on Ukraine.

There was no response from the Russian representative to the UN in his remarks to the demand for an international probe. Russia’s chief investigator had a day earlier ordered an official investigation “on the basis that Ukraine had spread ‘deliberately false information’ about Russian armed forces in Bucha”.

New Delhi has not joined the rhetoric from the West on Ukraine. But, it has also tried to balance slightly by calling for respect for the territorial integrity of states. “We continue to emphasize to all member states of the UN that the global order is anchored on international law, UN Charter and respect for territorial integrity and sovereignty of states,” Tirumurti repeated on Tuesday at the UNSC.

India also asserted that the situation in Ukraine was “worsening” and called for an immediate end to hostilities. “We have emphasized right from the beginning of the conflict the need to pursue the path of diplomacy and dialogue. When innocent human lives are at stake, diplomacy must prevail as the only viable option. In this context, we take note of the ongoing efforts, including the meetings held recently between the Parties,” Tirumurti said.

The veteran Indian diplomat also pointed out that the impact of the crisis was “being felt beyond the region with increasing food and energy costs, especially for many developing countries”.

“It is in our collective interest to work constructively, both inside the United Nations and outside, towards seeking an early resolution to the conflict,” he added.