The Office of the High Commissioner for Human Rights strongly criticised UAPA, saying it empowers designation of individuals and organisations as terrorists based on “imprecise criteria". 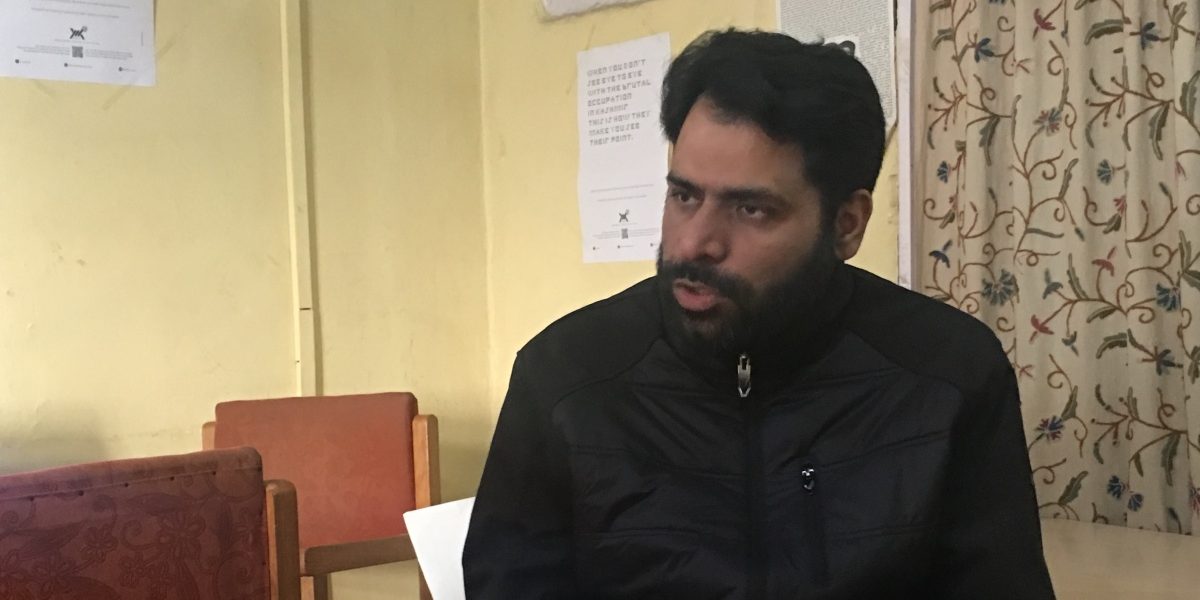 New Delhi: After the UN human rights chief’s office raised concern about the arrest of Kashmiri human rights activist Khurram Parvez and the use of draconian anti-terror laws against him, India on Thursday lashed out, saying the UN body should develop a better understanding of the negative impact of terrorism on human rights.

On Tuesday, the spokesperson for the Office of the High Commissioner for Human Rights (OHCHR), Rupert Colville, said that there was “deep concern” at the arrest of Kashmiri activist Khurram Parvez under the Unlawful Activities Prevention Act (UAPA).

A day later, Ministry of External Affairs (MEA) spokesperson Arindam Bagchi said that the statement makes “baseless and unfounded allegations” against Indian security forces. “It also betrays a complete lack of understanding on the part of the OHCHR of the security challenges faced by India from cross-border terrorism and its impact on the most fundamental human right ‘the Right to Life’ of our citizens, including in Jammu and Kashmir,” he said.

Asserting that all actions are undertaken in accordance with the law, he said, “We urge the OHCHR to develop a better understanding of the negative impact of terrorism on human rights.”

Parvez had been arrested by the National Investigation Agency (NIA) on November 22 after raids were carried out at his office under various provisions of UAPA. “We are unaware of the factual basis of the charges,” said the UN human rights office spokesperson.

Describing Parvez as a “tireless advocate” for families of ‘disappeared persons‘, the OHCHR spokesperson noted that he had been targeted for his work in 2016 too. He was detained that year under the Public Safety Act for two and half months after being prevented from travelling to Geneva. He was released by the Jammu and Kashmir High court, which declared his custody illegal.

Colville stated that in the context of “previous reprisal for legitimate conduct”, Indian authorities should “fully safeguard his right to freedom of expression, association and personal liberty and to take the precautionary step of releasing him”.

India responded that the “arrest and subsequent detention of the individual referred to in the statement was done entirely as per provisions of law”.

Strongly criticising UAPA, the UN human rights office asserted that it empowers designation of individuals and organisations as terrorists based on “imprecise criteria, contains a vague and overly broad definition of  ‘terrorist act’, allows people to be held in lengthy pre-trial detention and makes securing bail very difficult”.

“The Act is also increasingly being used to stifle the work of human rights defenders, journalists and other critics in Jammu and Kashmir and other parts of India,” said Colville.

He pointed out that provisions of UAPA raise “serious concerns relating to the right of presumption of innocence along with other due process and fair trial rights”.

“We reiterate our calls for the UAPA to be amended to bring it into line with international human rights law and standards, and urge the authorities, pending the law’s amendment, to refrain from using this or other laws unduly restricting freedom of expression in cases involving civil society, media, and human rights defenders,” Colville said.

Bagchi said that India, as a democratic country, is committed to promoting and protecting the human rights of its citizens, which includes taking “all necessary steps to counter cross border terrorism”.

“National security legislations, like the Unlawful Activities (Prevention) Act, 1967 (UAPA) were enacted by the Parliament to protect the sovereignty of India and ensure security of its citizens,” said the MEA spokesperson.

The office of the UN human rights commissioner acknowledged the need to prevent violence but added concern at “signs of a wider crackdown on civil society actors in Jammu and Kashmir”.

“The use of sweeping counter-terrorism measures risks leading to further human rights violations and deepening discontent,” he said.

Colville also said that the UN human rights office is “increasingly alarmed by the rise in killings of civilians, including members of religious minorities, by armed groups in Indian-administered Kashmir this year”.

He also added that security forces had killed civilians in counter-terrorism operations and their “bodies on occasion disposed in secret”. The November 15 ‘encounter’ in Srinagar’s Hyderpora area, which left two civilians dead, was mentioned.

“There should be prompt, thorough, transparent, independent and effective investigations into all killings of civilians, and families should be allowed to mourn their loved ones and seek justice,” he said.

The UN human rights office also called on “the security forces and armed groups to exercise restraint, and to ensure that the rise in tensions in Jammu and Kashmir in recent weeks does not lead to further violence against the civilian population”.

The MEA spokesperson took umbrage at the UN body using the term “armed groups”. “Referring to proscribed terrorist organisations as ‘armed groups’ demonstrates a clear bias on the part of OHCHR,” stated Bagchi.