This is the first time India has mentioned the cause of the refugee crisis, though it has still not named the Rohingya. 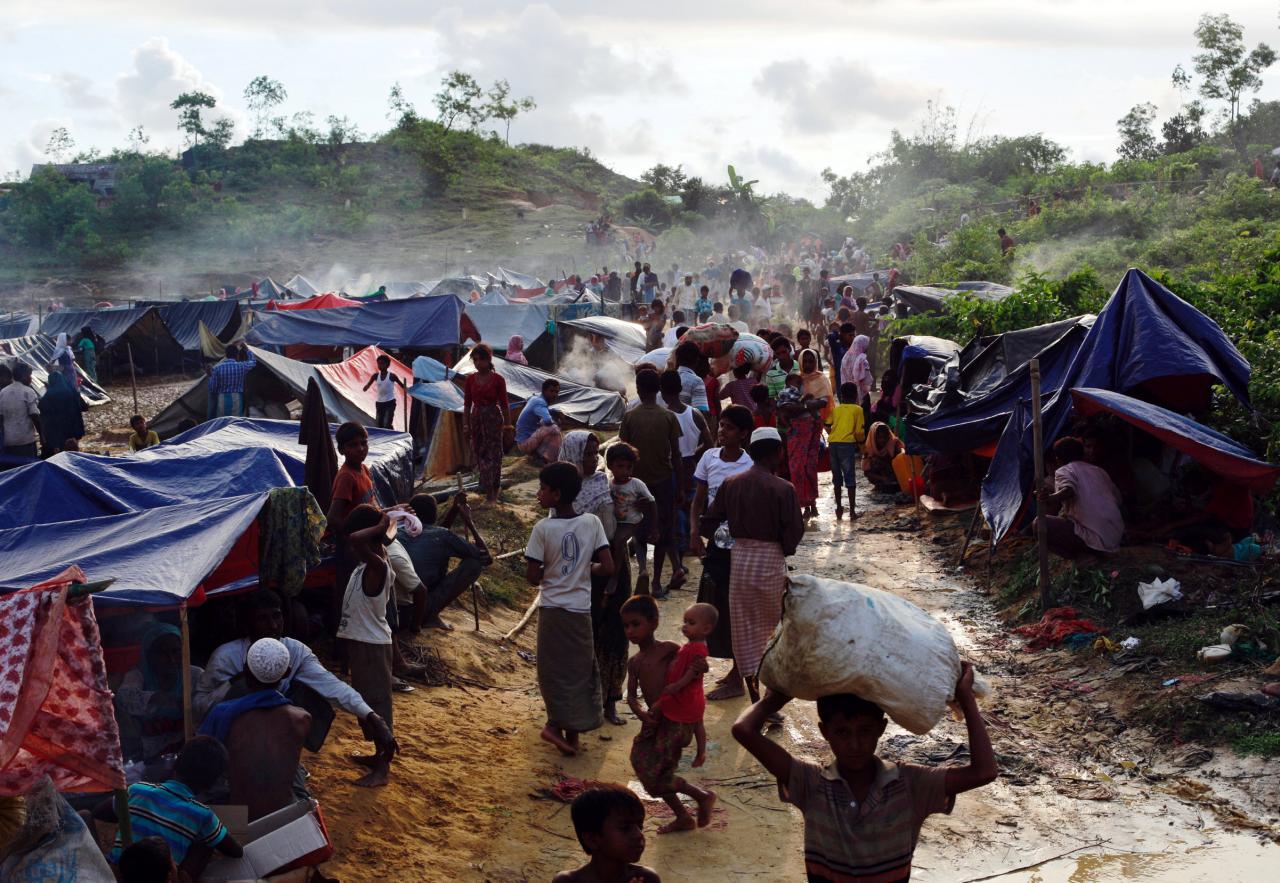 New Delhi: For the first time, India has publicly admitted that the “large outflow of people” of Rohingya people has taken place after “security operations” by Myanmar military following a terrorist attack in Rakhine State last month.

This was noted by India at the informal interactive dialogue of the fact-finding mission on Myanmar at the United Nations Human Rights Council on Tuesday.

This was the first interaction with the Independent International Fact-Finding Mission set up by a resolution in March. India had “disassociated” from the resolution, which was adopted without a vote. Myanmar had also not accepted the resolution and refused to allow the probe team entry into the country.

India’s permanent representative to the UN Rajiv K. Chander said that India was “deeply concerned at the recent spate of violence in Rakhine State of Myanmar that has resulted in the outflow of a large number of people from the State, many of whom have sought shelter in neighbouring Bangladesh.”

He noted that that this violence was “triggered” by “terrorist attacks which led to loss of lives amongst the security forces as well as the civilian population”. India had pointed this out earlier, but the next line includes a new comment from the country:

Subsequent operations by the Myanmar security forces in the State resulted in a large outflow of people.

This acknowledgment of the reason behind the refugee crisis went beyond the September 9 statement by the Indian Ministry of External Affairs, which had ‘nuanced’ the Indian position following requests from Bangladesh:

India remains deeply concerned about the situation in Rakhine State in Myanmar and the outflow of refugees from that region.

The September 9 statement was issued by India after its previous remarks in Myanmar received a sharp response from Dhaka. The India-Myanmar joint statement and the prime minister’s public remarks in Nyay Pyi Taw created public anger in Bangladesh.

Not just Bangladesh civil society, but the Sheikh Hasina government was also unhappy that India had not acknowledged the number of people streaming across the border. At that time, over 3,00,000 people had already crossed over into Bangladesh within two weeks.

New Delhi’s September 9 statement was supposed to ameliorate the situation. However, it only mentioned the “outflow of refugees”, making no connections to security force operations in Myanmar.

As reported by The Wire, sources had said the September 9 statement was only the “first step” in addressing Bangladesh’s concerns. After that, India started ‘Operation Insaniyaat’ to send planeloads of relief to Chittagong.

On September 14, external affairs minister Sushma Swaraj had a phone conversation with Prime Minister Sheikh Hasina, where the former apparently told Bangladesh that it will “pressurise” Myanmar to end the security crackdown in Rakhine and take back the Rohingya refugees.

However, while Bangladesh made an announcement on the phone conversation, India remained mum – neither confirming nor denying that India had committed to push Myanmar to take further steps.

Therefore, India’s statement at the UNHRC in Geneva is significant as it demonstrated yet another way that New Delhi is trying to improve the political capital of the Hasina government by bringing more balance in its public position, sources confirmed to The Wire.

In another part of the statement, Chander described the refugee crisis as a “serious problem” and mentioned India’s humanitarian relief. He further said Dhaka’s role must be recognised: “The role being played by Bangladesh in extending humanitarian assistance to the refugees deserves recognition”.

Till now, 415,000 Rohingya refugees have streamed Bangladesh in the last three weeks.

Other part of the statement were a direct echo of the September 9 press release on Rakhine:

It is imperative that violence is ended and normalcy in the State is restored expeditiously through a solution based on respect for peace, communal harmony, justice, dignity and democratic values. We urge that the situation in Rakhine State be handled with restraint, focusing on the welfare of the civilian population.

India also batted for Myanmar, as it has done on previous occasions at the UNHRC. Pointing out that Myanmar has been regularly tabling reports before UN bodies, Chander pointed out that Aung San Suu Kyi-led government had committed to implement the report of the UN special advisory commission on Rakhine State to the ‘fullest extent’.

“The international community must extend full support to government of Myanmar in its efforts,” he said.

Reflecting Modi’s statement in Myanmar, he said that India’s view was that the “long-term solution” is socio-economic and infrastructure development in Rakhine State. The senior Indian diplomat then mentioned India’s proposal to provide financial and technical assistance for projects in Rakhine.

“We are of the firm belief that the international community, including UN agencies, need to continue to engage constructively with the people and government of Myanmar,” he said.

As per the norm, India’s statement again did not use the term ‘Rohingya’ – in keeping with Myanmar’s stance on the issue.

The meeting in Geneva saw the chairman of the fact-finding mission, Marzuki Darusman, asking for an extension of their mandate till September 2018.

On Tuesday, Suu Kyi, who has been criticised by human rights organisations and Islamic countries  for her ‘silence’ on the matter, gave her first public speech on the subject. She said that her country was ready to take back refugees after a “verification” process and reached out to the global community for support.

Among neighbours, Myanmar has generally been backed by India – and China, which has shielded Nyay Pyi Taw in the United Nations Security Council.

The Chinese foreign ministry spokesperson Lu Kang said in Beijing that it hoped that speech will help the international community to understand the situation and support the Myanmar government. “As a friendly neighbour, China will continue to provide the necessary help for Myanmar to maintain domestic stability and development,” he said.