Johnson had been invited as the chief guest for the January 26 Republic Day celebrations. 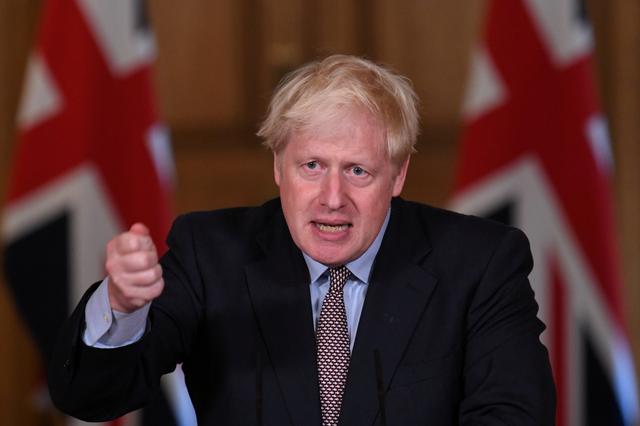 New Delhi: Just two weeks after the official announcement was made, United Kingdom Prime Minister Boris Johnson has expressed regret that his visit to India will have to be postponed due to stricter COVID-19 restrictions.

“The Prime Minister (Boris Johnson) spoke to Prime Minister Modi this morning, to express his regret that he will be unable to visit India later this month as planned,” said a statement released by 10, Downing Street.

Johnson was supposed to visit India this month to be the chief guest at the Republic Day celebrations on January 26. The announcement had been made when UK foreign secretary Dominic Raab had travelled to India in mid-December.

However, even as Raab was in Delhi, the number of COVID-19 patients in the UK had begun to increase with a new strain of coronavirus detected, which spread more rapidly.

“In light of the national lockdown announced last night, and the speed at which the new coronavirus variant is spreading, the Prime Minister said that it was important for him to remain in the UK so he can focus on the domestic response to the virus,” said the UK statement.

Johnson also stated that he hopes to visit India in first half of 2021, before UK hosts the G-7 summit. The Indian prime minister has been invited to attend the G-7 summit as a guest.

The Indian read-out of the phone call stated that PM Modi “expressed his understanding of the exceptional situation in the UK, and conveyed his best wishes for the quick control of the pandemic”. “He looked forward to receiving Prime Minister Johnson in India at the earliest opportunity after normalisation of the situation,” added the official press note.

India has reiterated commitment to deepening bilateral relationship, including in combatting the pandemic.

There has been no indication so far from the Indian government on whether any other world leader will be invited as chief guest.

The last time that India had to face a vaguely similar situation over Republic Day was in 2018, when US President Donald Trump formally turned down his invite. However, India then had at least three months to go for the celebrations and South African president Cyril Ramaphosa was the chief guest at the 2019 Republic Day parade.

Around seven years ago, Bhutan King Jigme Khesar Namgyal Wangchuk had stepped in at the last moment after the then Sultan of Oman, Qaboos bin Said Al Said, turned down the formal invitation.

India has had foreign chief guests at all Republic Day parades for the last 66 years, except in 1966, when the new government of Indira Gandhi was sworn in on January 24.

The UK prime minister’s visit had also been shadowed by the ongoing farmers’ protests near Delhi. Farmer leaders have threatened to hold a ‘tractor parade’ in Delhi on January 26, if their demand of the rollback of the three farm laws is not accepted.

Earlier, a group of UK Members of Parliament, most of them from the opposition Labour, had written a letter to Johnson asking him to take up the issue of farmers’ right to peaceful protest during his visit.

When the UK foreign secretary was in Delhi, he discussed the subject with his counterpart, Minister of External Affairs S. Jaishankar. “Of course, they [farm laws] have elicited the protests that you refer to, and your politics – in some sense – because of the Indian diaspora in Britain, is our politics,” he had told reporters.

Note: The article has been updated with the Indian government’s official statement on the phone conversation between Boris Johnson and Narendra Modi.