The Real Googly: More than Imran, the Pakistan Army Wants Peace With India

The Pakistan Army no longer derives its raison d'etre from the lack of peace with India. If the Kashmir problem gets resolved on the army chief's watch through his appointed prime minister, GHQ would gain domestically. 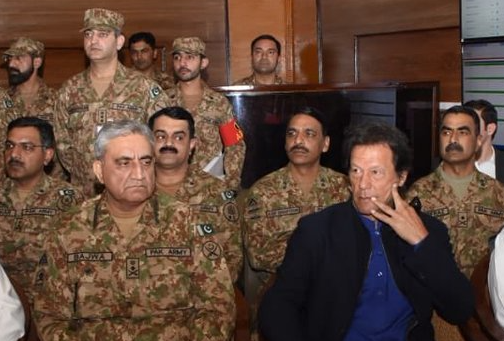 One way to minimise the significance of the recent Kartarpur corridor ground-breaking ceremony for Pakistan-India relations is to say that Prime Minister Imran Khan’s intentions are unclear and don’t matter. This knee-jerk assessment would be correct if we were to read only the politics behind the ceremony and ignore the fact that Khan’s statements on the need for peace with India clearly have the backing of the one institution in the country that matters – the Pakistan Army.

There is little argument that the present dispensation in Pakistan is unique. Imran Khan, truth be told, owes and holds his office at the pleasure of his army chief, General Qamar Javed Bajwa. It was Bajwa who, in the presence of his supposed boss, Imran Khan, first broke the news on the Kartarpur corridor to Punjab’s minister Navjot Singh Sidhu – which led to the hug between the two.

I believe Bajwa took that initiative because he wants peace with India. But New Delhi and its mostly jingoistic media threw a fit over why Sidhu hugged the ‘enemy’ who is directly responsible for terrorism in India. Consequent to having read the tea leaves wrong, the Indian verdict, based upon Pakistan’s turbulent political history, was that the optics of the Kartarpur ceremony were irrelevant because Imran is not the one calling the shots.  In fact, Khan’s words should be seen as an indicator of Pakistan’s real intentions precisely because he was being his master’s voice.

Also read: Why Is Modi Not Accepting Pakistan’s Offer of Talks?

There are several reasons why Bajwa wants peace with India. One, he is under Chinese pressure to do so; two, he wants to show the world, especially the United States (in order to recover the blocked aid of $3 billion) that India is the spoiler; three, he agrees with his government’s main concern that trade should be Pakistan’s priority when its economy is in doldrums; four, he has assessed that he would be negotiating with India from a position of military strength; five, he is on top of the Kashmir situation; and six, he has unambiguously conveyed to India that nothing short of talks on resolving the Kashmir issue (alongside other irritants) will get the peace process moving. The time for confidence-building measures is long gone.

Instead of recognising the brutal reality staring India in the face and dealing with it, the Modi government has stuck to its known position. The said part is that if Pakistan’s intentions for peace talks are genuine, it should stop terrorism. The unsaid part, which a senior serving diplomat told me recently, is that the Pakistan Army does not want peace with India. Why? Because it would lose its raison d’etre. Unfortunately, both assumptions do not hold water.

What if Bajwa were to stop terrorism in the hope that India would start talks on Kashmir? This would be akin to a big trophy for Prime Minister Narendra Modi even before his political fate is tested in the 2019 general elections. The Modi government would vociferously go to town claiming that the Pakistani army was worried about another surgical strike. Once Modi gets the trump card for his political win, why would he talk Kashmir with Pakistan? Especially when, speaking from the ramparts of the Red Fort, he has already made his policy clear: Getting back Pakistan-occupied Kashmir is the only unfinished Kashmir agenda. 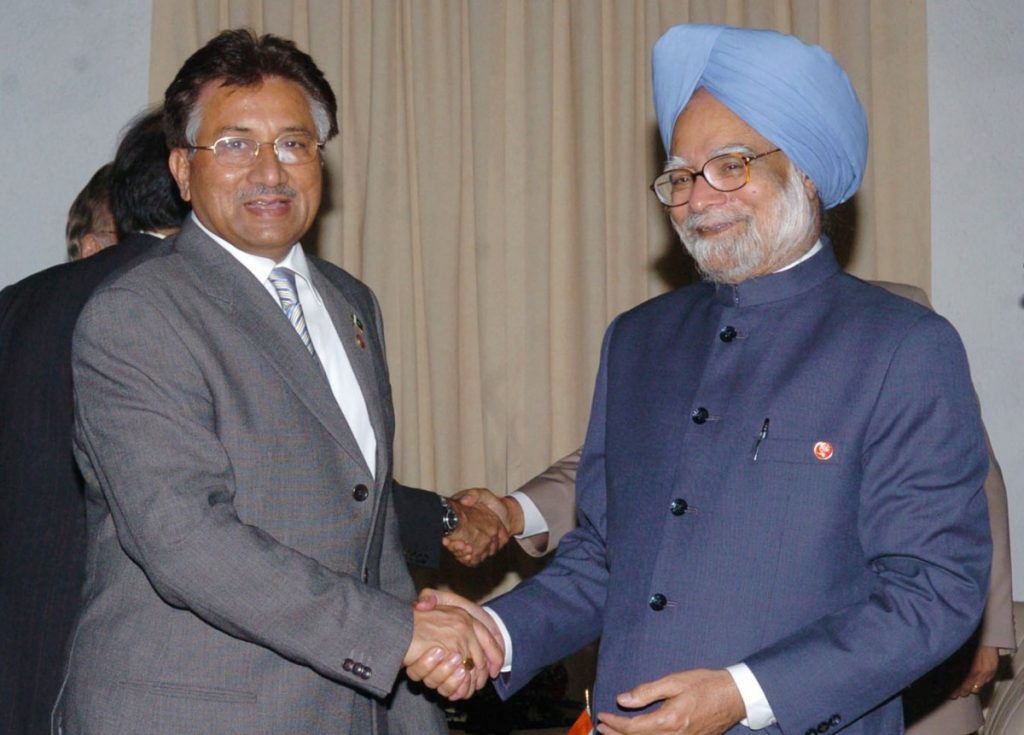 General Bajwa wants to follow the format of 2002-2007 on terrorism: bilateral talks (then back-channel talks between the Manmohan Singh and Musharraf governments) and spigot to terrorism to be coterminous. Credit: Wikimedia Commons

Moreover, halting terrorism at this crucial juncture — when home-grown terrorists far outnumber the Pakistan-exported ones — would not go down well with the people of Kashmir. Incensed by India’s high-handedness and with no political respite on the horizon, Kashmiris have become defiant. For Pakistan to not support their cause at this moment would amount to hara-kiri; surely, Bajwa would not be stupid to do that. Bajwa wants to follow the format of 2002-2007 on terrorism in which the terror spigot was shut in tandem with progress in bilateral talks – which took the form of back-channel negotiations between the Manmohan Singh and Musharraf governments.

As for the belief that the Kashmir imbroglio is essential to the Pakistan Army’s existence, India seems not to have noticed its neighbour’s elevated geopolitical stature in recent years. A look at the organisational structure of the Pakistan army puts things in perspective. It has four verticals which converge at the office of the chief of army staff. The irregular warfare or terrorism vertical is led by the director-general, Inter-Services Intelligence; conventional warfare is the responsibility of the chief of general staff through the director-general, military operations; the director-general, strategic plans division is responsible for all aspects of Pakistan’s nuclear weapons; and the army chief himself works in close collaboration with the foreign office to further its proactive (muscular) foreign policy.

Given this, if the Kashmir issue gets resolved under the Pakistan Army’s direct watch through its appointed prime minister, GHQ would gain domestically by finally closing what is seen there as the outstanding core issue of the Partition, with added geopolitical heft for itself.

Unfortunately, India has not realised that its 1998 nuclear tests helped the Pakistan Army enormously. With complete control of the ultimate weapon of power, it no longer needs the Kashmir issue for either survival or progression. Nuclear weapons give it the authority to (a) direct Pakistan’s foreign policy and (b) project Pakistan as the leader of the Muslim world. China, to be sure, announced the China-Pakistan Economic Corridor as the flagship of its ambitious Belt and Road Initiative predicated on the assurances of Rawalpindi and not Islamabad.

Coming back to the Kartarpur ceremony, Khan, fully backed by Bajwa, has done his bit. Knowing well that the Modi government would not start talks anytime soon, he announced his decision to wait out India’s impending general elections. Pakistan is counting on the Modi government not coming back. Having learnt the hard way, they realise that Modi, unlike Vajpayee, is ideologically rigid. Recall what Strobe Talbott, who was deputy secretary of state in the Bill Clinton administration, wrote in his book Engaging India: “The session with Advani (deputy prime minister) was unnerving. He mused aloud about the happy day when India, Pakistan, Sri Lanka, Bangladesh and Myanmar would be reunited in a single South Asian confederation.”

While Vajpayee as prime minister could overrule his deputy’s hard-line ideology, Modi is a different ballgame altogether. It is another matter that Rawalpindi believes it will still have the upper hand should Modi come back to power: the deteriorating political situation within Kashmir, the tightening geo-strategic noose of China, the diminishing capabilities of the Indian armed forces and the growing geo-political clout of GHQ do not augur well for India. Pakistan understands all this. The hand of peace that Imran Khan proffered on behalf of General Bajwa is for Pakistan’s own geopolitical benefit. The ‘googly’ lies in the fact that even if a future Indian government chooses not to play ball, Pakistan does not stand to lose anything.