Many Challenges Await Taranjit Singh Sandhu, India's New Ambassador to the US

Starting with President Donald Trump’s impending visit in February to managing the fallout from India’s controversial domestic decisions on Kashmir and the citizenship law, the cup runneth over. 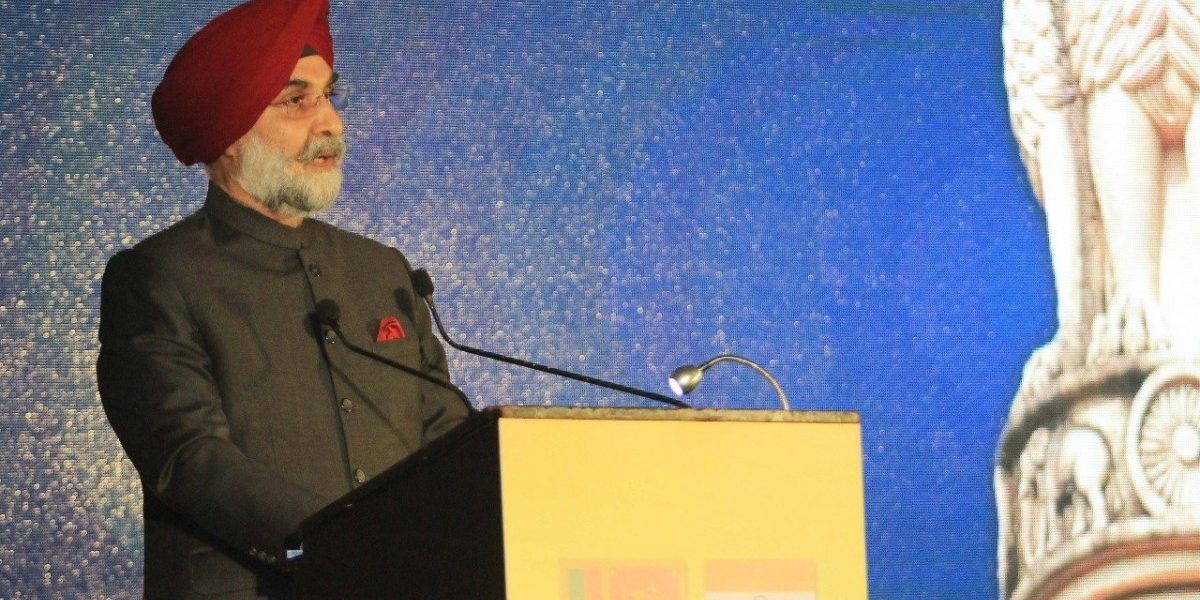 Washington: Hard as it might be to believe but Washington is a tough assignment for an Indian ambassador, the comforts and open access notwithstanding.

The US government is a vast enterprise, actually a maze of departments within departments with overlapping responsibilities. The two co-equal branches – the executive and the legislative – can have maddeningly different perspectives.

Vested interests can play havoc in the US Congress, manipulating lawmakers to force their agendas on targeted countries. India has been and is currently a target. It’s a blood sport only a few can play well.

Good navigational skills are a minimum and if political antennae are sharp, so much the better. Some can take the bull by the horns and keep the focus. Some even do the impossible – pull the relationship out of the dungeon of despair where it can sometimes land. US outrage at India’s 1998 nuclear tests and the Devyani Khobragade affair in 2013-14 being two examples.

Both times, a diplomat who helped bring back a fine balance was Taranjit Singh Sandhu, now nominated as India’s ambassador to the United States. He follows Harsh Shringla, who left this month to become India’s next foreign secretary.

Sandhu’s appointment is one of those serendipitous occurrences when demands of the job are matched with a formidable resume and proven skills, most recently as high commissioner to Sri Lanka. He managed to be on the right side of all major players in Colombo and ensured India was back in the picture despite aggressive moves by China.

The first stop for the newly elected president, Gotabaya Rajapaksa, was New Delhi, not Beijing. Sandhu had his minister in Colombo within two days of Rajapaksa’s victory to extend an invitation to visit India before the Chinese could blink. 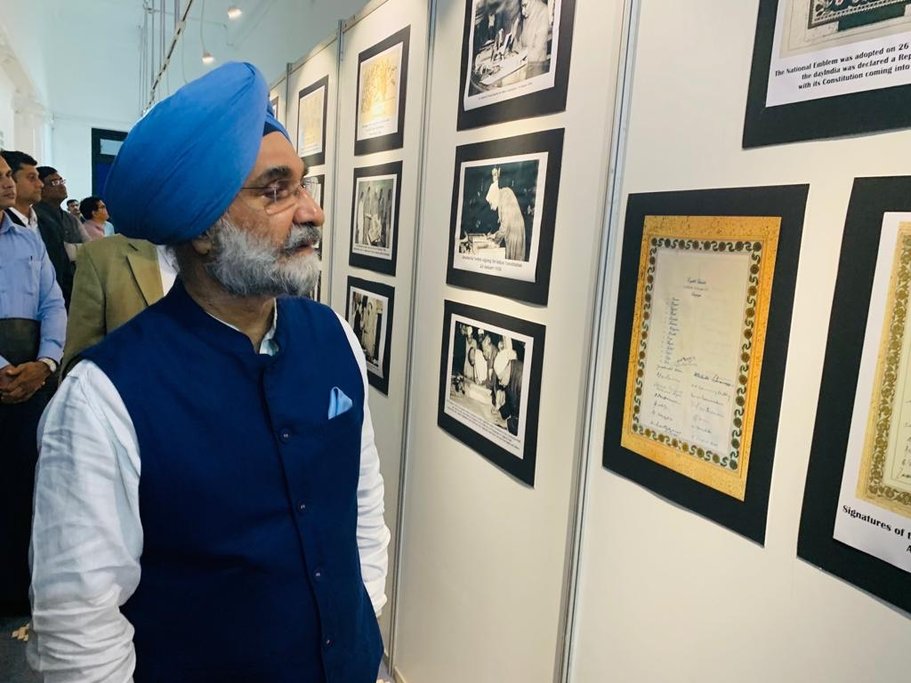 As Sandhu prepares for his US assignment – he is expected to arrive early next month – a more complex situation awaits. The American field is infinitely larger, the players far too many and trouble makers aplenty.

Sandhu’s skills will be tested, no doubt, because 2020 is loaded with challenges for the India-US relationship. Starting with President Donald Trump’s impending visit in February, which by definition must be “perfect” to use presidential jargon, to finalising a trade deal to managing the fall-out from India’s controversial domestic decisions on Kashmir and the citizenship law to connecting with the Democratic Party’s liberal wing to establishing contact with various presidential candidates – the cup runneth over.

Also Read: In Congressional Hearing, US Lawmakers Critical of India’s Actions in Kashmir

On a broader level, as the US presidential campaign heats up, reading the American mood, anticipating results and moving quickly to grab the advantage in case a Democrat takes the White House are all tough calls Sandhu will have to take within months. India’s relations with the Democrats suffered last year on account of human rights concerns.

A resolution moved by Congresswoman Pramila Jayapal asking the government of India to lift all restrictions and end mass detentions in Kashmir “as swiftly as possible” has collected 43 co-sponsors, including three Republicans. Attempts are on to add language on the Citizenship (Amendment) Act, which would make it a stronger indictment of the current situation.

Republicans haven’t signed on to Jayapal’s resolution in big numbers, but they are increasingly hesitant to defend India publicly on Capitol Hill. Enthusiasm for Prime Minister Narendra Modi has dipped in relation to 2014 when hopes were high on his ability to deliver on the economy and India’s development needs.

Sandhu will have to reckon with the new narrative. But he knows the US well. His three tours in the country – two in DC and one in New York – have given him a wide range of experience. This would be his fourth posting, a record in the Indian Foreign Service. Perhaps it’s also a grudging recognition that the US demands its own band of IFS experts and should no longer be treated as a random reward after a “tough” assignment elsewhere.

Sandhu has an instinctive feel for American politics and he actually enjoys it. He can push back when needed but also indulge in give-and-take to get results. It helps that he was the deputy to external affairs minister S. Jaishankar when the latter was ambassador to the US.

The duo organised the big Madison Square Garden event for Modi in 2014, with more than 40 Congressmen and senators attending. It was pure political theatre. The next big feather in Sandhu’s cap was Modi’s buzz-creating address to a joint session of US Congress in 2016 when lawmakers lined up to say hello. In all, Sandhu has handled four Modi visits to the US and two to Sri Lanka. 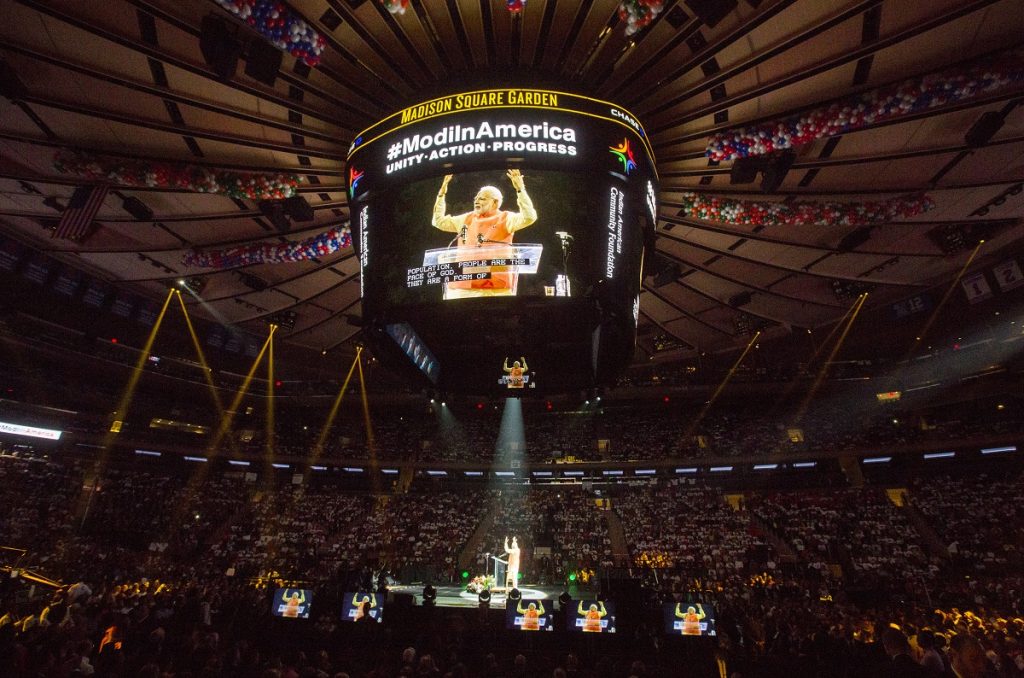 The 1998 and Khobragade crises

But things haven’t always been rosy. He will remember 1998, when India was in the doghouse post the nuclear tests and only one Congressman showed up for “India Day” on Capitol Hill. The Clinton administration had imposed harsh sanctions, to say nothing of the gratuitous daily scolding from the state department spokesperson. It was a terrible time.

But Sandhu persisted and convinced Naresh Chandra, India’s ambassador at the time, to engage the US Congress and make India’s case. Chandra, a legendary bureaucrat who had been cabinet secretary and secretary in several ministries, agreed with his junior officer over the advice of India’s lobbyists and walked the corridors with Sandhu to meet scores of Congressmen and senators. The hard work soon paid off.

As Chandra mounted a strong campaign to get relations back on track, Sandhu struck again. It was at a friend’s place that he met a mid-level state department officer who also felt things had gone overboard. Their informal dinner diplomacy expanded to Chandra engineering the biggest breakthrough – a dialogue between Jaswant Singh and Strobe Talbott.

Also Read: Cautioned Optimism to Outright Alarm: How ‘The Economist’ Covered Modi Through the Years

Similarly, when India’s deputy consul general Devyani Khobragade was charged with visa fraud, arrested and “strip searched,” causing massive outrage in India, Sandhu was on the ground. Bilateral relations had plunged but a way was found for Khobragade to get full diplomatic immunity and leave the country.

Jaishankar and Sandhu worked behind-the-scenes with Nisha Biswal, the state department’s top South Asia official, to end the awful episode. Sandhu literally escorted Khobragade to the plane back to Delhi – she wasn’t very cooperative – and closed the chapter.

This time around, the job is arguably tougher. India’s image has taken a beating, Modi’s fan club has lost members and both Republicans and Democrats are raising questions about where India is going. If Trump doesn’t get a trade deal with India to enhance his visit later next month, things could get tough even with the administration, which thus far has been broadly supportive.

Good thing Sandhu is not shy of challenges. As Biswal said, he “knows how to look for the unexpected opportunity in the midst of a crisis.”