Rajapaksa’s focus on security and promise to combat Islamist terror, which officials believe would finally cut off Pakistani influence in the country, bodes well for India.

New Delhi: With Gotabaya Rajapaksa as the new president of Sri Lanka, the Rajapaksa family is firmly back in the saddle after a gap of five years – which now just seems like a pause in their long political reign.

From New Delhi, the picture on the Rajapaksas is mixed. There is lingering bitterness over friction in bilateral ties during the last few years of his elder brother, Mahinda Rajapaksa’s tenure. But those memories have now been superseded with the difficulty faced with Maithripala Sirisena in pushing flagship Indian projects forward.

Gotabaya won the presidential elections with over 52% of the votes, defeating the ruling party’s candidate Sajith Premadasa. The former Sri Lankan defence secretary’s campaign platform of national security and law and order clearly resonated among the Sinhala majority-south, while the north and eastern provinces voted for Premadasa.

After a polarising campaign following the devastating April Easter Sunday bombings, the writing on the wall had been clear for some time that the Rajapaksas were on the road to return to power.

The Mahinda Rajapaksa government had backing from the UPA regime in the final years of the civil war. Gotabaya was part of the ‘troika’ of Lankan officials, who had kept in close touch with New Delhi in the waning months of the war against the Tamil Tigers. “Most of the people who dealt with him directly have retired, but there is institutional memory. Gotabaya is well known to India,” said a former Indian official, who had dealt with Colombo directly.

After the end of the civil war, coalition politics had meant that the Manmohan Singh government had to vote against Sri Lanka at UN human rights council in 2013. There was further erosion of trust when New Delhi felt that Mahinda Rajapaksa had not kept several of his commitments made to Manmohan Singh on the devolution and proper implementation of the 13th amendment. 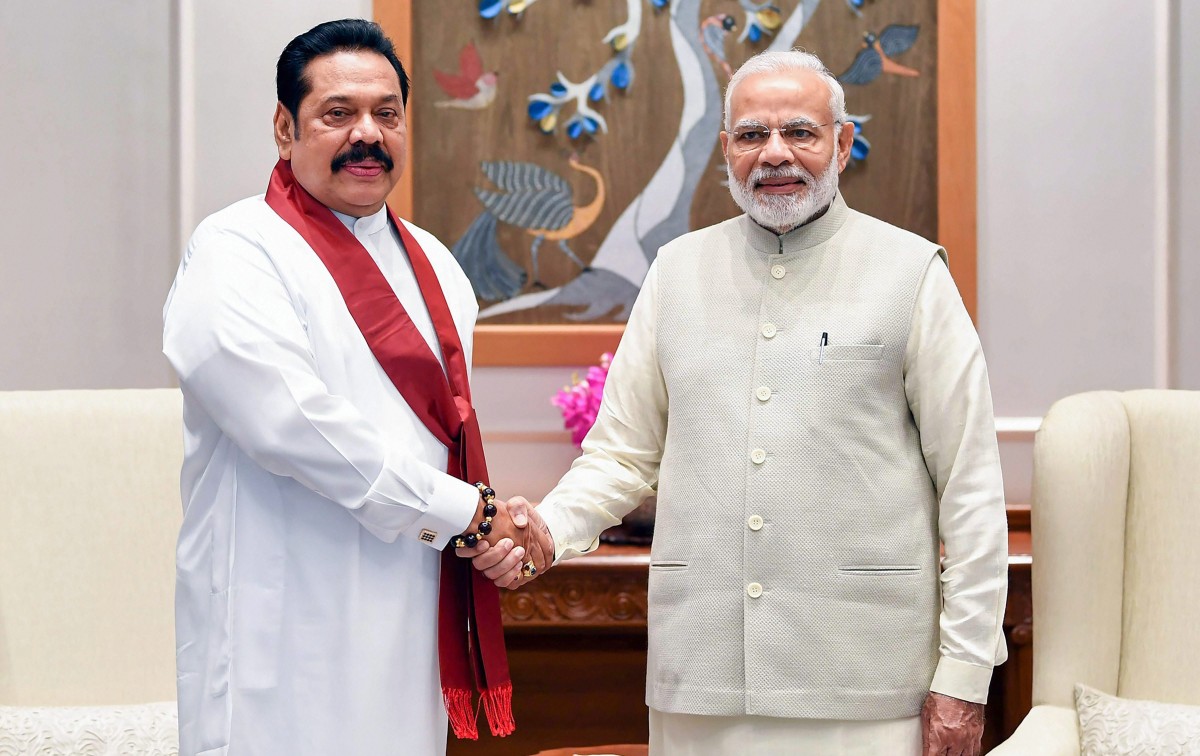 When Narendra Modi became prime minister, Rajapaksa had already been president for nine years. There was rising concern over the Rajapaksa brothers’ red-carpet welcome to China, with Beijing bagging contracts from the north to south to build power plants, ports, airports, road and rail infrastructure. This was coupled with the perception that Mahinda Rajapaksa had become “arrogant” due to his longevity at the helm.

It was the visit of Chinese submarines to Colombo port which finally made the Modi government lose its patience.

According to Indian officials, Gotabaya Rajapaksa has apparently accepted that it was a “mistake” during conversations. But publicly, in an interview with Indian Express last year, he expressed frustration that the Modi government had not understood “the real facts on reports about submarines being docked at a Sri Lankan port”.

“What Gotabaya has complained that India has never been clear about what are the redlines in Chinese activity in neighbouring countries,” said a senior government source.

This is not an unfamiliar complaint from the neighbourhood. Maldives high functionaries have previously pointed out that New Delhi’s characteristic diplomatic style has meant that Male did not get the memo that the opening of a Chinese embassy was not a welcome move by the then Mohamed Nasheed administration in 2011.

Sources said that when India raised objections about Chinese submarines, Sri Lanka had promised to keep the Indian high commission in the loop on future visits. But when a Chinese submarine docked again in Colombo on its return loop, India was not informed in advance.

Indian officials insist that New Delhi’s ‘red lines’, that is, when it feels strategically threatened by any new Chinese action in the region, have now been spelt out clearly to neighbours. “We do not have any major issues with Chinese involvement says in housing projects or power plants. It is difficult to completely filter out China from the region,” said the source.

They also admit that Mahinda Rajapaksa had turned towards China, only after asking India for help on economic matters. The oft-cited example is that of the Hambantota port project, which was given to a state-run Chinese firm for development and operation. Rajapaksa has repeatedly stated that the first offer was given to New Delhi, but India turned it down as no Indian firm was ready to take on an obvious ‘white elephant’ project. 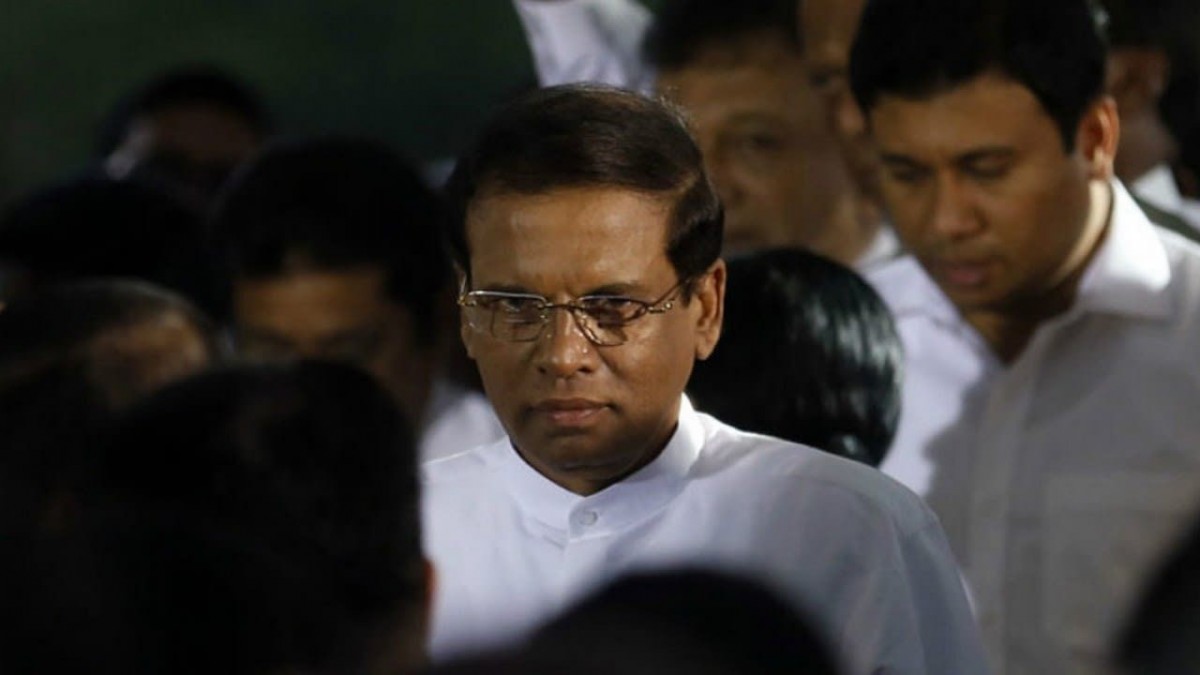 When Sirisena became president, India felt that it could finally breathe easily in Sri Lanka. After five years, Maithripala Sirisena is now perceived to have been a “disaster” for India. “He was the one sitting on all our major projects”.

Having been projected as the joint opposition presidential candidate after sustained secret discussions among Rajapaksa’s detractors, Sirisena apparently also started to believe that there were similar conspiracies against him behind each closed door. While Sirisena was not seen as pro-China, his grievances against Prime Minister Ranil Wickremesinghe – known to be close to New Delhi – began to impact his relations with India.

Matters came to a head when Sirisena accused the Indian intelligence agency, RAW, of being behind an assassination plot, during a cabinet meeting in October 2018. Then, Sirisena suddenly fired Wickremesinghe and gave the oath of office to Mahinda Rajapaksa. India stated that the “constitutional process” should be respected, but was largely a passive actor. The crisis ended after the Sri Lankan Supreme Court halted snap polls and termed the dissolution of parliament by Sirisena as “illegal”.

The promise of reducing China’s influence was also short-lived. Despite electoral promises of reviewing all Chinese projects, the previous Sri Lankan government leased the Hambantota port to a Chinese firm for 99 years in a debt-equity swap.

Meanwhile, Indian officials said that New Delhi had always kept the line of communication with the Rajapaksas open. Mahinda Rajapaksa came to meet Modi at the Indian high commission during his first official visit to Sri Lanka in 2015. They met again in 2017 and then last in New Delhi in September 2018. As per sources, Rajapaksa had told Modi that his party’s statements against some Indian projects should only be seen as political rhetoric.

The belief in New Delhi is that the Rajapaksas have learnt their lesson that they should not be on the wrong side of India. “We don’t think that they will play around this time,” said government sources. The expectation is that the major Indian projects like the East Container terminal at Colombo port and the LNG terminal will finally get to see the light of day.

India’s confidence that it could do business with Gotabaya Rajapaksa stems from the latter’s focus on security. “From his time working with India during the civil war, Gotabaya knows that New Delhi can be very cooperative on security matters”.

Indian officials believe that if Rajapaksa intends to fulfil his campaign promises, he would need close support from New Delhi. The first foreign destination of a Sri Lankan head of state has traditionally been India. Sirisena honoured the practice, and Gotabaya Rajapaksa will likely continue with this convention.

While China is seen as India’s key bête noire in Sri Lanka, New Delhi has also kept an eye on Pakistan. Sri Lanka has always kept a close relationship with Pakistan, which harks back to the latter’s supply of arms and military training during the civil war.

According to a source, when India had alerted Sri Lanka before the Easter Sunday bombing to the possibility of an Islamist-inspired plot linked to elements from Pakistan, it had usually been dismissed. “They (Sri Lankans) used to tell us that we were just trying to put a wedge between them and the Pakistanis”.

With Rajapaksa promising to combat Islamist terror, Indian officials believe that this would be the appropriate time to cut off Pakistani influence in Sri Lanka.

Over the last five years, the international community had given space to the Sri Lankan government by extending the deadline to comply with resolutions of the Geneva-based United Nations Human Rights Council (UNHRC). “The western countries are unlikely to be as accommodating with a Rajapaksa administration. If India does use its diplomatic capital to provide cover to Sri Lanka at Geneva, then it should give us some advantage… But, we will have to deliver there”.