With the looming threat of a growing China, bilateral trade and ties increased exponentially between India and Japan during Shinzo Abe's tenure. 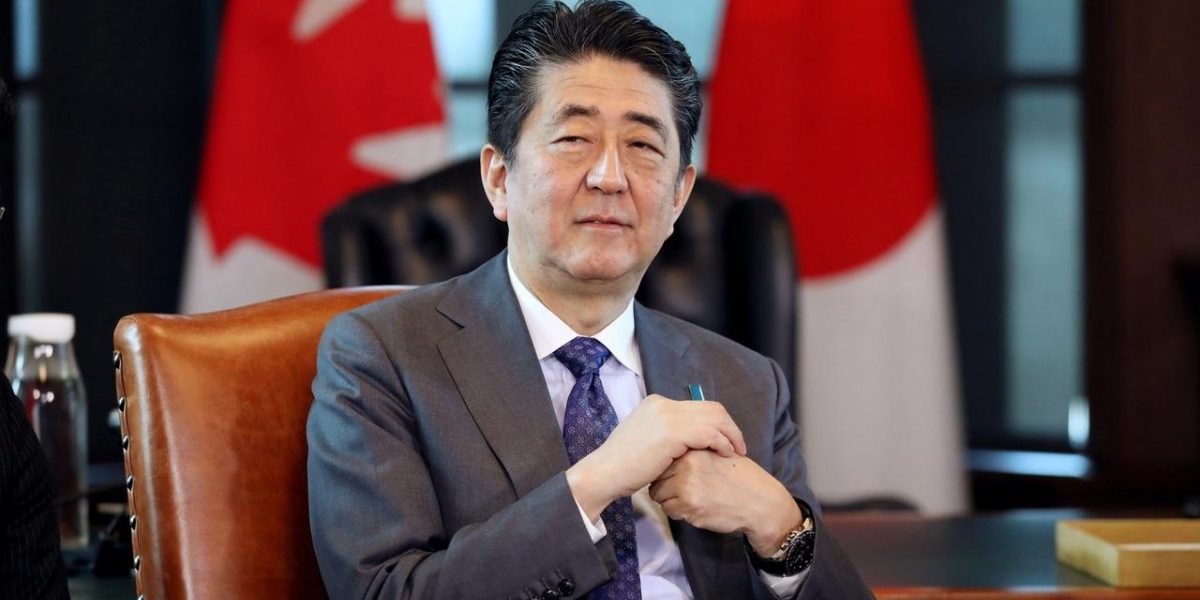 Note: This article was originally published on August 30, 2020 and is being republished on July 8, 2022 in light of Shinzo Abe’s assassination.

New Delhi: Japan’s embrace of India may not have begun under Shinzo Abe, but his term as prime minister not only accelerated the move for closer ties with India through a strategic prism of keeping a rising China at a distance, but also pulled New Delhi into the club of democratic major powers in Indo-Pacific.

At a press conference on Friday, Abe announced that he would be stepping down due to persistent ill health. During his nine years as Japan’s prime minister, he has visited India four times, including as chief guest for Republic Day parade on Rajpath.

When Abe became prime minister for the first time in September 2006, India and Japan had been in a self-declared “global partnership” for five years. A year earlier in 2005, both countries decided on annual bilateral summits that would be held in each other’s country on alternate years.

Also read: Shinzo Abe: Stepping Down or Just Stepping Back?

This promise made in the 2006 joint statement was the key signal that Japan was seeking to leave behind its trepidation over improving relations with India following its 1998 Pokhran nuclear tests, especially since anti-nuclear stance has been at the heart of Japanese foreign policy. A Japanese foreign minister even described the decision to start negotiations with India on nuclear agreement as one of his “toughest decision”.

When Japan resolved to restart stalled negotiations on the nuclear pact, it was Abe who made the announcement during Singh’s visit in May 2013 – just six months into his second tenure. Three years later, Abe witnessed the signing of the nuclear agreement along with Prime Minister Narendra Modi in Tokyo.

According to veteran analyst Takenori Horimoto, the initial catalyst for Japan’s relook at ties with India was the 2004-5 anti-Japan demonstrations in China which triggered the necessity to dilute and spread the risk to massive overseas Japanese investments to other countries.

Further, Japanese investment in India increased at a higher pace – by 1165% from 29.8 billion yen ($2.8 billion) in 2005 to 377 billion yen ($35.8 billion) during the same period. India even opened a special window for clearance of Japanese projects, but the slow pace of bureaucratic approval and land acquisition did dull the sheen of some of the major flagship proposals.

However, more than economic relations, Horimoto asserts that the bigger factor “was security policy to cope with rising China as the top priority in common”.

The lasting legacy of Abe’s years to India-Japan relationship would probably be in term of a strong political backing to building the components towards the more strategic relationship.

Even before he became PM, India had been on his mind. In his article for Japan Institute for International Affairs, Horimoto recounts that as chief cabinet secretary, Abe had observed in 2006 that “just as no one predicted 10 years ago that Japan-China trade including Hong Kong would top the US, it would not be at all strange if Japan-India relations were to have outweighed Japan-US and Japan-China relations 10 years from now”.

While the seed of the concept of Quad and the Indo-Pacific may have been planted after the 2004 tsunami, Abe can take the credit for having formed the four-nation grouping .

Former Australian prime minister Kevin Rudd noted that Shinzo Abe had proposed the Quad in 2007. During his short one-year term, Abe had managed to persuade PM Singh and US vice president Dick Cheney, and the first informal meeting of the Quadrilateral Strategic Dialogue was held at Manila in August 2007.

While Japan had not publicly painted a target on China’s back, Japanese foreign minister Taro Aso’s promotion of an ‘arc of freedom and prosperity’ in Asia which listed all the major democracies in the region, including the Quad members, but omitted China. Aso is one of the contenders for succeeding Abe as prime minister.

On his first visit to India as PM, Abe had also delivered the famous “confluence of the seas” speech at the Indian parliament, where noted that “the Pacific and the Indian Oceans are now bringing about a dynamic coupling as seas of freedom and of prosperity”. In September 2007, he witnessed the Malabar exercises off the coast of Okinawa island, which included all the four Quad members and Singapore.

Just before winning the election before his second term in 2012, Abe wrote an article, “Asia’s democratic security diamond”, which asserted that Japan’s relations with India “deserves greater emphasis”. He had noted that Indian government government had shown “political savvy’ by forging an agreement with Japan on rare earth mineral manufacturing.

Similarly, the red-carpet to Japanese companies to invest in Northeast India, a substantive part of which was claimed by India, was an unmistakable signal of the strength of the strategic relationship.

In the 2012 article, Abe had explicitly warned South China Sea increasingly becoming a “Lake Beijing”, comparing it to Soviet Union’s Sea of Okhotsk.

It was in that backdrop that Abe pushed forward legislative changes which would allow it to exercise the right to collective self-defence.

The South China sea dispute has made a frequent appearance in India-China joint statements, with both sides emphasising the role of the United Nations Convention on the Law of the Sea.

But the Japanese prime minister also embarked on an engagement with China late in his term. He sent a senior official to the 2017 flagship summit of the Belt and Road initiative, which was boycotted by India. The 2017 India-Japan joint statement, incidentally, did not have an explicit mention of the South China dispute by name, unlike its previous iterations.

The broad contours in Japanese foreign policy about a cautious engagement with China, while improving close ties with Asian countries and Beijing’s neighbours through economic ties and infrastructure development, as laid down by Abe, would certainly be taken forward by his successor.