CAA an Internal Matter, But Don't Understand Why India Did it: Bangladesh PM

Bangladesh has denied that there is any migration to India because of religious persecution. 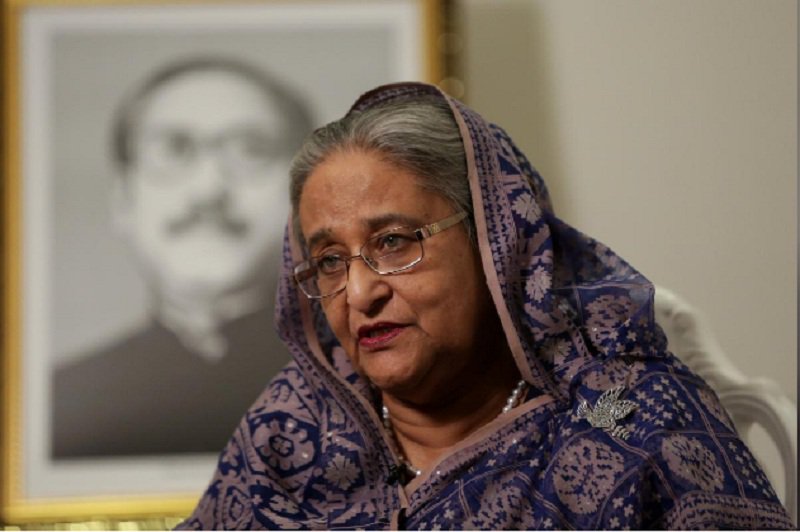 New Delhi: Bangladeshi Prime Minister Sheikh Hasina said that while the Citizenship (Amendment) Act was an internal matter for India, she was puzzled about the rationale of the legislation as it “was not necessary”.

This is the Bangladeshi prime minister’s first comment on the CAA since it was passed by the Indian parliament last month. The Act aims to give fast-track citizenship to non-Muslims from Afghanistan, Bangladesh and Pakistan, if they have arrived in India before December 31, 2014.

Several cities and towns in India have seen large-scale rallies against the CAA. The continuous protests in Assam are largely against the CAA in toto, as they have faced the majority of migration from Bangladesh.

The protests in the rest of India are slightly different, as they have raised questions about why Muslims have been left out of the Act, if its aim was to give succour to religiously persecuted minorities.

The concerns raised by protestors have intensified after the Indian government suggested that the National Register of Citizens process – that failed in Assam – would be conducted nationwide. The NRC process, coupled with the CAA, is claimed by critics to be about disempowering citizens of a certain community, which the government has dismissed as fear-mongering by the opposition.

In an interview published in Gulf News, Sheikh Hasina said, “We don’t understand why [the Indian government] did it (CAA). It was not necessary.” The Bangladeshi prime minister was in the UAE for an official visit.

Bangladesh has denied that there is any migration to India because of religious persecution.

Also read: The CAA Widens the Gap Between the Nation and Its ‘Unintegrated Region’

After Indian home minister Amit Shah had mentioned Bangladesh among the list of countries where minorities face persecution, Bangladeshi foreign minister A.K. Abdul Momen said that there was “exemplary communal harmony in our country”, which would be evident to the Indian leader if he visited his neighbouring nation.

The Indian government had to publicly state that no aspersions were being cast on the current leadership in Dhaka, but only on its previous government and military rule. “We have also acknowledged that we are aware that the present government in Bangladesh, they are taken several steps to substantially address the concerns of minorities in their country as per their constitution provision and the laws of that country,” MEA spokesperson Raveesh Kumar said on December 14.

In the Gulf News interview, Hasina reiterated her government has always stated that CAA and NRC are “internal matters of India”. “The Government of India, on their part, has also repeatedly maintained that the NRC is an internal exercise of India and Prime Minister Modi has in person assured me of the same during my visit to New Delhi in October 2019,” added Hasina.

She asserted that relationship between Bangladesh and India is currently at its best, with cooperation in a “wide spectrum of areas”.

The passage of CAA had led to the Bangladeshi foreign minister’s scheduled visit to India being cancelled at the last minute, just as he was leaving for Delhi. The official reason given was that the minister had to attend two national day evenings. However, it was clear that Dhaka did not want Momen to visit Delhi to deal with the fallout from the passage of the controversial legislation. Since then, two other ministerial visits have been postponed, but both sides have maintained that it not connected with CAA.

Indian officials, however, point out that relations have not deteriorated as portrayed by curtain quarters. They asserted that several technical level meetings have continued to take place over the last one month, related to security and trade. Bangladesh information minister Muhammad Hasan Mahmud was in Delhi last week to meet with his counterpart, as well as, to replace junior foreign minister Shahriar Alam who had cancelled his participation at Raisina Dialogue.