At Shangri-La Dialogue, Ukraine War and US-China Tensions In Focus Amidst India’s Absence

For a region that supposedly lies at the “heart” of India’s foreign and security policy, the absence of Indian defence ministerial representation at the annual Singapore meeting was inexplicable. 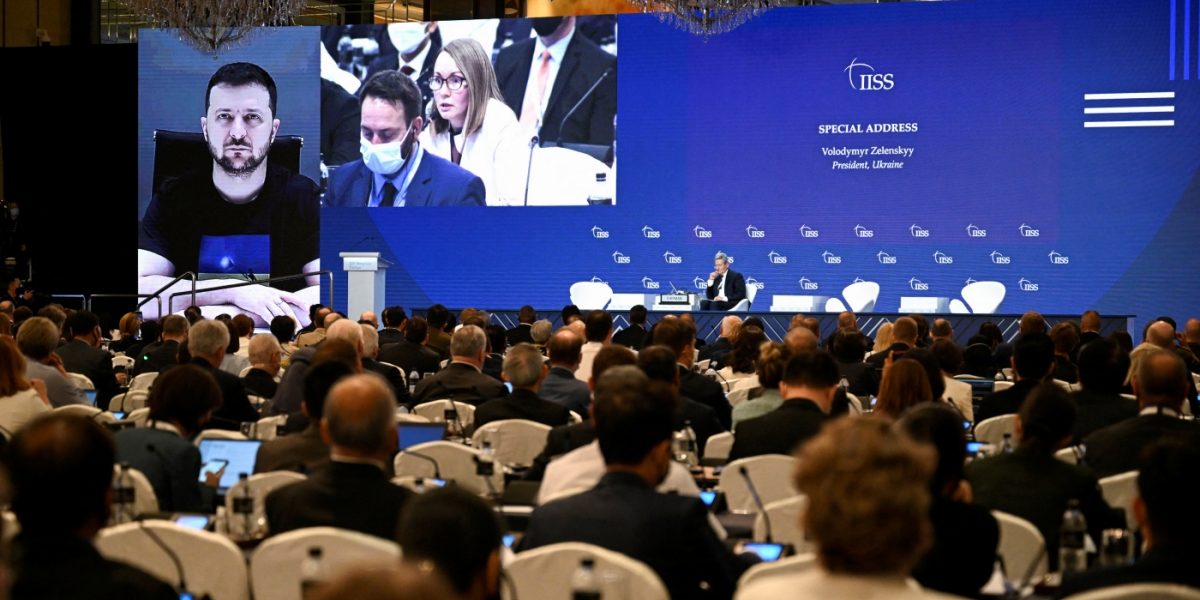 Asia’s link to the war in Ukraine, US-China tensions and maritime security were the highlights of Asia’s just-concluded (June 10-12) premier defence and security summit, the Shangri-La dialogue, amidst the notable absence of an Indian political narrative on the Indo-Pacific region.

The annual dialogue, named after the Singapore hotel at which it is held, is organised by the leading London-headquartered global strategic studies think tank, the International Institute for Strategic Studies (IISS), where I am a senior staff member. This dialogue, held after a hiatus of two years due to COVID-19, brought together 32 defence ministers of the Indo-Pacific region along with military chiefs, diplomats, influential experts, commentators and defence-industry executives from 40 countries. During the dialogue, the US and Chinese defence ministers met ‘in person’ for the first time; and the IISS was asked to facilitate 127 bilateral meetings among official delegates.

The consequences of the Ukraine war are being felt around the world, including the loss of lives, oil and fertiliser price rises, food shortages, supply chain shocks and inflationary pressures; exacerbating economic pressures from the ongoing pandemic.

Delivering the keynote address, Japanese prime minister Kishida Fumio reiterated his view that “Ukraine today may be East Asia tomorrow” in the event the rules-based order in the Indo-Pacific was illegally flouted as in the case of Ukraine by Russia. His remarks were directed towards the possibility of an attack on Taiwan by China, although neither country was named. 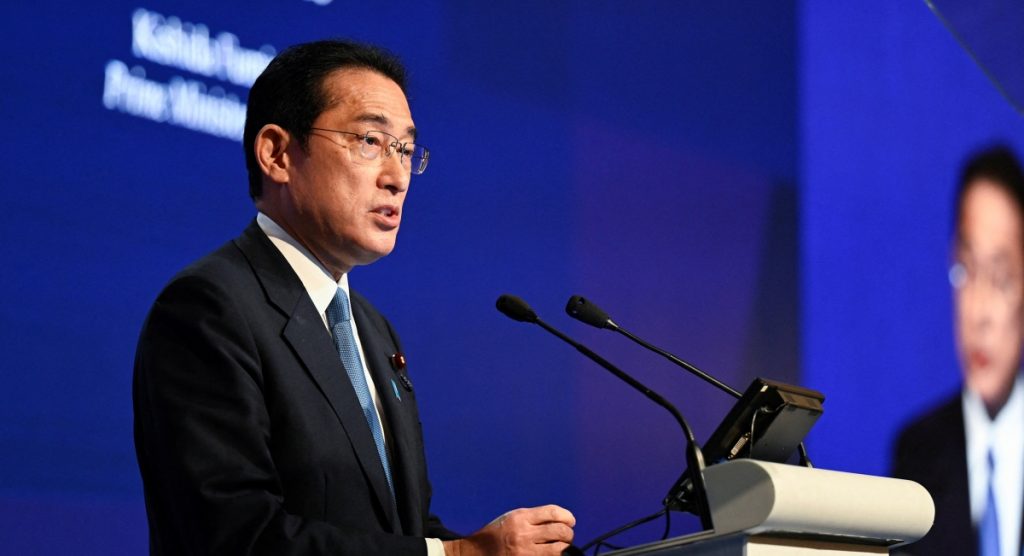 Strongly condemning Russia’s aggression and violations of the UN Charter, he advocated strong sanctions against Russia to demonstrate visible consequences for its aggression against Ukraine. This may have been due to concerns in some quarters in Asia that Chinese president Xi Jinping may have interpreted US President Joe Biden’s decision not to intervene directly in the Ukraine war as a signal that Washington would not defend Taipei.

For the first time, a virtual interaction took place with a special address by the president of Ukraine, Volodymyr Zelensky, who said that “preventive sanctions” should have taken place against Russia before the war began. Its meaning was not lost on the delegates in relation to Taiwan. There were no Russian participants at this year’s Shangri-La dialogue.

Clearly, aware of some regional concerns over the US commitment to Taiwan, US defence secretary Lloyd J. Austin III emphasised that the US would uphold a rules-based international order and defend its interests in the region “without flinching”. Emphasising US commitment to a ‘one-China’ policy and denying support towards an independent Taiwan, he sharply criticised China’s “more coercive and aggressive approach” to its territorial claims in the Indo-Pacific and “tensions with neighbours”. But, Austin maintained that lines of communication were open with China’s defence leaders.

In response, China’s state counsellor and minister of national defence General Wei Fenghe rejected American “threats against China” noting that China would “counter-attack if attacked” and “would not hesitate to fight back and defeat the aggressor”. In a tone not heard before in the Shangri-La dialogue series, he noted that China “would fight to the very end” to prevent the independence of “China’s Taiwan”; while maintaining that “no one can stop” the re-unification of Taiwan. 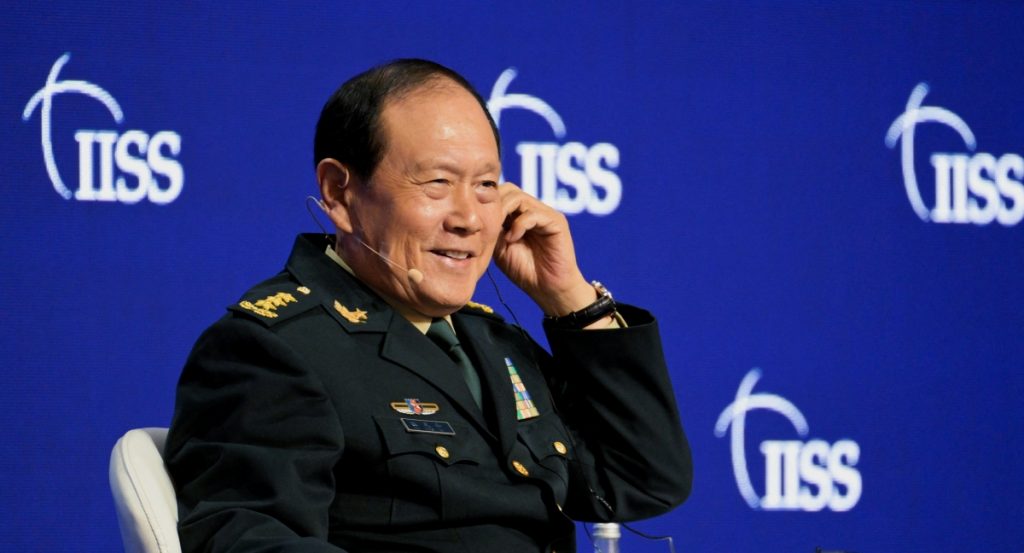 An influential US expert attending the dialogue, Dr Roger Kangas, Dean of the Near East & South Asia (NESA) Centre of the US National Defence University, noted the heightened US-China tensions on display in contrast with the Shangri-La dialogue three years ago, with “different narratives over events and the role they each want to play in the region”.

Although General Wei ignored India in his speech, in response to a query, he blamed India for “frictions along the border”, adding, “We have found a lot of weapons owned by the Indian side, they have also sent people to the Chinese side of the territory.”

There was no official Indian response to counter this view.

In contrast, Austin mentioned India’s border tensions with China and stated that India’s “growing military capabilities can be a stabilising force in the region”. While Austin noted the “historic crisis” caused by Russia’s invasion of Ukraine, with consequences that were global, not just in Europe, he emphasised that the Indo-Pacific region lay at “the heart of US grand strategy”.

In response to a query, General Wei characterised China’s ties with Russia as a “partnership, not an alliance” which “will continue to grow”.

On maritime security, a top Indian naval officer, Vice-Admiral Biswajit Dasgupta, chief of the Vishakapatnam-based Eastern Naval Command, admirably articulated India’s adherence to maritime codes of conduct and the importance of crisis communication. This was based on India’s compliance with the United Nations Convention on the Law of the Sea (UNCLOS) (1982), which laid the foundation for a rules-based international order at sea. He advocated leveraging regional dialogue mechanisms and crisis communication strategies. In response to queries, he indicated improvement in ties with the US Navy and the ‘almost permanent’ presence of the Chinese navy in the Indian through its long-standing anti-piracy missions off the Gulf of Aden. Although China’s presence in the Indian Ocean needed to be watched, it was “not a major challenge” for the Indian Navy, he concluded.

For a region that lies at the “heart” of India’s foreign and security policy, as described by Prime Minister Narendra Modi at the launch of India’s vision for the Indo-Pacific at the IISS Shangri-La dialogue four years ago, the absence of Indian defence ministerial representation was inexplicable. This was perplexing when two days earlier, defence minister Rajnath Singh visited Vietnam to expand bilateral defence engagements and ink a memorandum of understanding on Mutual Logistics Support. More so, when an Indian defence ministerial plenary address at the Shangri-La dialogue would have highlighted India’s leadership role in the Indo-Pacific region at a time when a new, post-COVID world order is emerging. A strategic opportunity for defence diplomacy missed.