After taking part in a group conference where the US brought up China’s accountability, it was the turn of India to listen to Russian and Chinese foreign ministers train their guns at Washington for allegedly escalating confrontation.

New Delhi: After taking part in a group conference where the US brought up China’s accountability, it was the turn of India to listen to Russian and Chinese foreign ministers train their guns at Washington for allegedly escalating confrontation.

Earlier this week, Indian external affairs minister S. Jaishankar had taken part in a video conference initiated by the US with six “partners”. During the 70-minute discussion, US secretary of state Mike Pompeo had raised the need for “accountability” for the COVID-19 pandemic, which is diplomatic euphemism for ramping up pressure on China.

The Indian position, which was first articulated after the US withdrew funding to the World Health Organisation (WHO), has been to state that the current crisis requires a collective fight and questions of accountability can be revisited after the pandemic ends.

It is not clear if the Indian minister reiterated this stance during the video conference of the seven foreign ministers on Monday. Similarly, it has not been clarified if New Delhi also referred to India’s public stance at the Shanghai Cooperation Organisation (SCO) virtual meeting, where Russia and Chinese foreign ministers railed at Washington.

The extraordinary meeting of the SCO was led by the Russian foreign minister Sergei Lavrov, as the current chair of the eight-member grouping.

According to TASS news agency, Lavrov said that the US was still attempting to promote its “vision of world order” during the coronavirus pandemic.

“We have to state that even in the conditions of a pandemic, our American colleagues and their allies do not abandon their attempts to escalate confrontation, to use the current situation to impose their point of view, their vision of world order, which they call an order based on rules. As you know, they invent the rules themselves,” Lavrov said.

He also noted that the pandemic had raised questions about the future of the international relations system, with the spread of infection posing a challenge for nations as well as multilateral groups like the SCO.

The Russian foreign minister said that Moscow continued to call for “collective solutions that reflect the interests of every state”.

He asserted that the US was increasing pressure on countries with independent foreign policies, as well as criticise the WHO. “We hear baseless accusations against the People’s Republic of China and the Russian Federation. The calls to suspend unilateral sanctions for the period of the fight against the coronavirus, sanctions that hinder humanitarian deliveries of medicine, equipment and goods, are being ignored,” Lavrov stated. 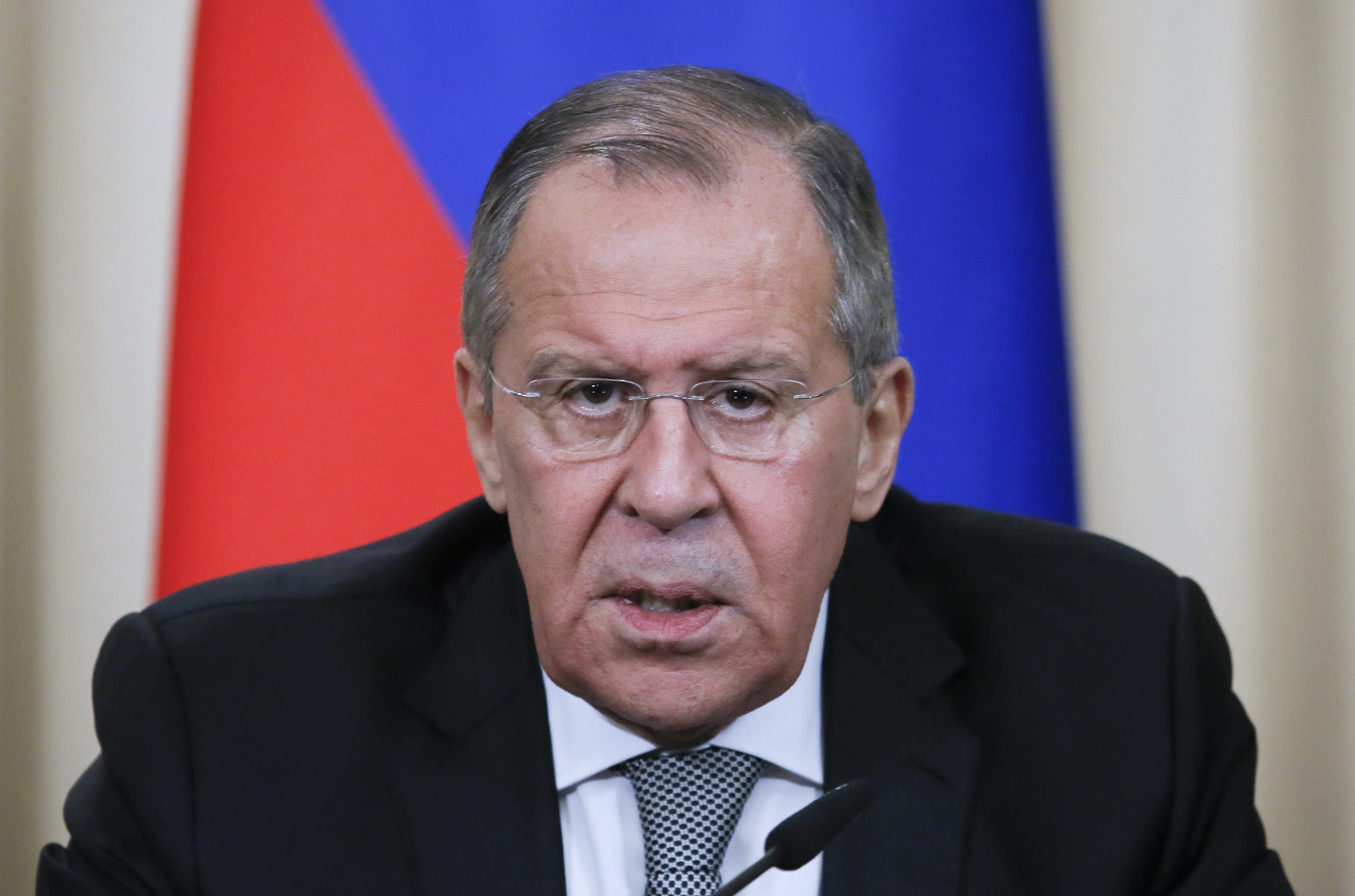 The Chinese foreign minister Wang Yi did not mention the US by name, but the direction of his blame was clear. “This year marks the 75th anniversary of both the victory of the World Anti-Fascist War and the founding of the United Nations. Yet as we speak, the UN-centered international system, established in the wake of World War II, is under attack from the increasingly rampant acts of unilateralism and bullying”.

Minister Wang also said that the international community should “reject attempts to politicize the response, label the virus, and stigmatize any specific country, in order to shore up extensive public support to win the fight against COVID-19”.

He also had a message for the world media, which has often reflected the populist anger against China, and has faced the brunt of the verbal barrage from Chinese diplomats. “We call on the media across the world to observe professional ethics, adhere to science and reason, stick to facts and truth, and commit to impartiality and balance, in order to foster a conducive atmosphere for winning the fight against COVID-19,” said Chinese foreign minister.

The joint statement issued by the foreign ministers at the end of the meeting stressed the centrality of the UN system in the fight against COVID-19. “In this context, effective cooperation between the SCO and WHO, other international organizations and associations in the fight against coronavirus infection is noted,” added the statement.

The statement also said that the scheduled SCO summit in St Petersburg could see the adoption of a comprehensive action plan that will “among other things, provide for increasing the capacity of laboratories, improving the qualifications of specialists, conducting joint scientific research, and developing vaccines and efficient medical treatments”.

The Indian foreign minister’s remarks dwelled on the pandemic’s devastating economic consequence, as nations watch the prospect of growth “evaporate before our eyes”. Jaishankar stated that it was pertinent for SCO members to jointly identify new ways to sustain economic growth.

Just finished a meeting of the Foreign Ministers of Shanghai Cooperation Organisation. Thank FM Lavrov for the initiative in organising it. Shared our views on the impact of #CoronaVirus, anniversary of ending of WWII, situation in Afghanistan and future #SCO activities. pic.twitter.com/Be8OL3Y5GM

He also mirrored Prime Minister Narendra Modi’s speech at the Non Aligned Movement virtual summit, by referring to new “viruses”, like terrorism, being spread by “others”. “Fake news and doctored videos are also used to divide communities and countries”.

A press note issued by the external affairs ministry stated India raised that “terrorism continues to be the overwhelming threat to security and stability in the SCO region and would require collective action”.

Not surprisingly, Pakistan also brought up its familiar talking points during the SCO meeting.

“As we observe the 75th Anniversary of Victory against Fascism, Militarism and Violent Nationalism, we must ensure that such xenophobic ideologies, including Islamophobia find no acceptance in today’s world,” said Pakistani foreign minister, Shah Mehmood Qureshi.

Pakistan has been vocal in last few weeks over a “campaign of Islamophobia” in India due to the coronavirus pandemic.

While Qureshi did not bring up Kashmir in his speech, it was implicitly present in his statement.

“We strongly believe that tackling all forms of terrorism and extremism must continue to be a high priority. At the same time, we must not allow anyone to use terrorism related allegations as a political tool to malign any country, race or religion. We must condemn and hold accountable the perpetrators of State terrorism including against people under illegal occupation,” he said.

Along with COVID-19 and its geo-economic implications, the SCO members discussed Afghanistan, which continues to witness violent attacks despite the signing of the US-Taliban peace agreement.