India’s diplomatic levers allow it to have good relations with Saudi Arabia, Iran and Israel alike – but they provide little leverage with Mohammed Bin Salman over Kashmir. 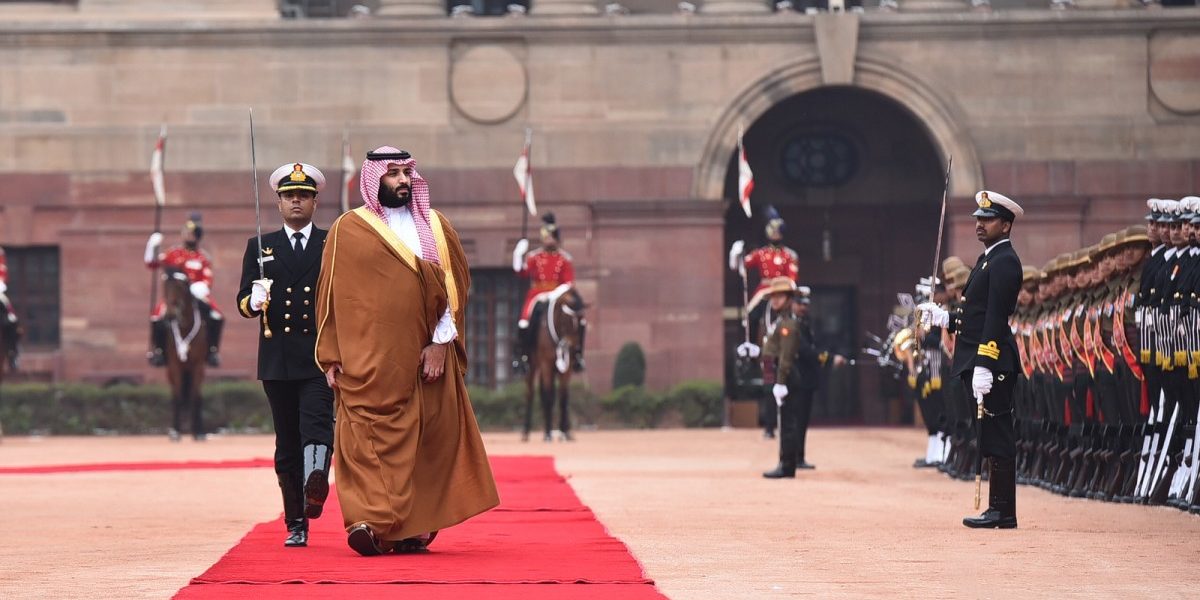 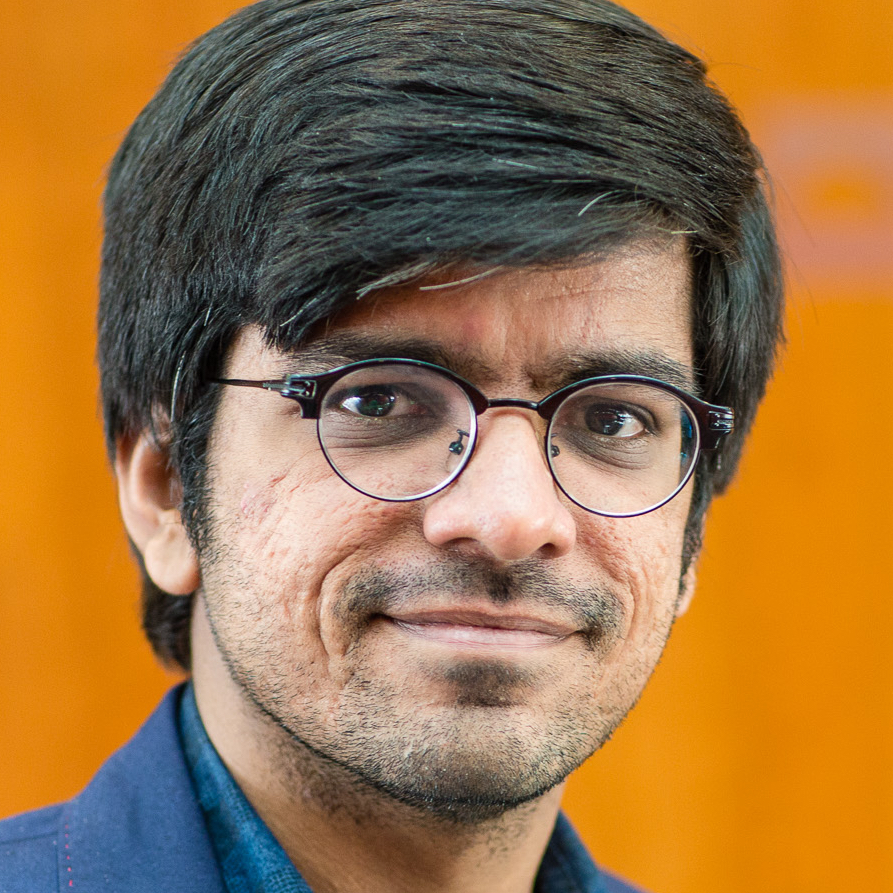 Saudi Arabia’s embattled heir apparent, crown prince Mohammed bin Salman (better known as MBS) arrived on his maiden trip to India amidst a tense standoff between New Delhi and Islamabad in wake of the terror attack in Pulwama, which killed more than 42 Indian soldiers.

MBS, who only a few hours ago visited Pakistan, had to fly back to Riyadh and then return to New Delhi so as to not hyphenate his Indian visit with that of Pakistan.

In New Delhi, Prime Minister Narendra Modi greeted MBS at the airport, with his signature yet ill-timed and thoroughly avoidable hug to welcome him as Saudi-India bilateral trajectories catch steam over the past few years. However, MBS is currently carrying his own personal chaos theory behind him like a shadow, with indictable issues such as the murder of journalist Jamal Khashoggi in the Saudi consulate in Istanbul, Turkey, challenging his accession to the throne later this year.

Amidst the Khashoggi affair, which has brought MBS mostly brickbats from Saudi’s Western partners, specifically European powers, his latest visit to India, and then onwards to China, is where the prince will get a comparatively warm welcome thanks to trade being the common point of convergence.

The reactions to MBS’s visit here were expectedly mixed, with many analysts and the media alike looking for direct condemnation of Pakistan from Saudi Arabia while pointing out the irony of the Indian prime minister standing next to the incoming Saudi chieftain, a country often carrying the majority of the blame for financing groups across the region and beyond that engage in terror activities on a daily basis.

However, diplomacy is a game played in grey areas. Any expectation of an indictment of Saudi Arabia over its relations with, and recent announcement of $20 billion investment in, Pakistan makes two basic erroneous presumptions.

First, the Riyadh-Islamabad dynamic is on many levels existential for both Saudi Arabia and Pakistan. The former gains from mostly unbridled military and political support from Islamabad and Rawalpindi, while the latter gains from financial infusions into its economy emboldened by the common theological bridge between the two states.

Despite frosty relations during the term of former Prime Minister Nawaz Sharif after initial denial in 2015 to join Riyadh’s Arab military coalition to take on the Iran-backed Houthi rebels in the spiralling Yemen civil war, the new MBS leadership is gaining back its traditionally bullying leverage with the new government of Prime Minister Imran Khan.

Second, India’s relations with Saudi Arabia moving beyond transactional oil trade and the 3.2 million strong Indian population living and working in the country is still a design in progress. Major strides have taken place since the 2010 ‘Riyadh Declaration’ signed during former Prime Minister Manmohan Singh’s visit to the kingdom which elevated the bilateral relationship into a strategic one, with Saudi Arabia even deporting people wanted by Indian authorities for years over terror-related activities, a move that would have been unfathomable in the 1990s. But even now, expecting Riyadh to shun Pakistan because of India’s anger is a far-fetched proposition.

Talks between the Indian and Saudi Arabian delegations. Credit: PIB

New Delhi is not yet in any position to leverage its offerings in order to convince Riyadh to pivot away from Pakistan. India’s diplomatic levers at play in West Asia that allow it to have good relations with Saudi Arabia, Iran and Israel alike, the three poles of power at loggerheads with each other in the region, gives next to no precedence to Saudi Arabia to bend over backwards for New Delhi over Pakistan.

A one-sided retrenchment from India against Saudi Arabia’s overtures to Pakistan is also going to be a mostly one-sided loss of strategic foresight, despite New Delhi historically being accustomed to such outcomes. Such an eventuality would also be counter-productive to Riyadh, emboldening Iran’s own agenda in Saudi’s extended neighbourhood which has seen deep entrenchment of Tehran-backed Shiite militias and groups in both Syria and Iraq. This has panicked the Gulf leaderships more than they may care to admit. Iran has also upped its game in New Delhi, with regular visits by senior officials and courting India with sweetened deals on oil and natural gas.

Nonetheless, it is in fact on the economic front that both countries remain excited over future bilateral prospects. MBS was accompanied by a large business delegation, looking to market Saudi Arabia’s reimagined vision of a capitalistic, moderate state and not the raucous, conservative and medieval one we all are accustomed to today. This ‘opening’, while criticised with the unfolding of Khashoggi case and crackdowns against dissidents, including women, is what has India interested during this tour, to understand what Saudi Arabia intends to do, the opportunities it is looking to foster and investments its large petro-dollar fuelled wealth funds are looking to diversify into to secure its future away from a pure oil economy.

During this visit, talks on a $44 billion refinery and petrochemicals project on India’s west coast, along with investments in India’s infrastructure projects and other avenues have been discussed. This comes on the back of Saudi’s closest confidant and neighbour, the United Arab Emirates, making similar commitments over the past two years, almost as a trial run for Riyadh to follow. However, the language backing these deals in the joint statement warrants caution, with the word “potentially” preceding most figures being announced. Like most bilateral understandings, time will determine how many of these actually get operationalised and on what terms and conditions.

MBS, on his visit to India, could not have but offered platitudes on countering terrorism globally and regionally. The crux of this visit should be seen from the view of what kind of tectonic changes MBS succeeds in bringing to Saudi Arabia, to a competitive, internally-hectic House of Saud and the traditionally problematic ways of operating as a state that the West recognised for long, but failed to revise.

This visit, in all its unfortunate timing for MBS, sets a strong base for a potentially reformist Saudi Arabia to recognise the ongoing global economic reorder, with every potential future superpower today residing in Asia, led by India and China.

Kabir Taneja is Associate Fellow at the Observer Research Foundation, New Delhi, and leads their West Asia initiative. He tweets at @KabirTaneja.