Though the Hizbul Mujahideen as an organisation still remains outside the purview of US terror lists, India sees the naming of its leader as a major step forward. 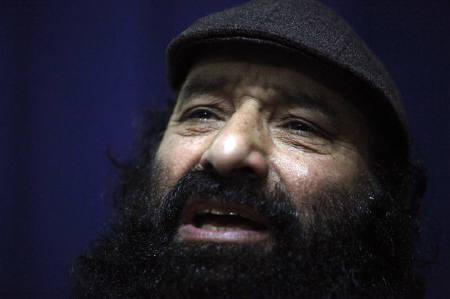 New Delhi: Ahead of the first face-to-face meeting of Prime Minister Narendra Modi and US President Donald Trump, Washington made an effort to get the optics right by designating Syed Salahuddin, leader of the Hizbul Mujahideen, as a “Specially Designated Global Terrorist”.

The notification was issued by the US state department under executive order (EO) 13324 – first signed into law by George W. Bush as president in September 2001.

The announcement on Salahuddin was released after Modi’s meeting with US defence secretary Jim Mattis and secretary of state Rex Tillerson at the Willard hotel in Washington. The call-ons by the two US cabinet members took place before Modi left for the White House to meet with Trump on Monday afternoon.

Even if the designation is devoid of practical consequences, it was a significant symbolic gesture from the United States, as it showed that Washington was taking New Delhi’s lead on the Kashmir situation – which will certainly generate an adverse reaction from Pakistan.

The Hizbul Mujahiddeen had always been projected as an indigenous Kashmir group, rather than a Pakistan-sponsored terror organisation like the Lashkar-i-Taiba or the Jaish-e-Mohammed. Burhan Wani, whose death last July by in an encounter with Indian security forces led to the current cycle of violence in Kashmir, was a Hizbul Mujahiddeen commander.

Though the Hizb itself has not been added to any of the US terrorism lists, like the LeT and JeM, which have been designated as global terrorist organisations for some years now, the naming of Salahuddin was immediately welcomed by India.

“[This] vindicates India’s longstanding position that cross-border terrorism is behind the crisis created in Kashmir, especially since last year. It underlines strongly the fact that both India and the US face the threat of terrorism and are working together to counter this threat. Terrorism knows no boundaries,” said external affairs ministry spokesman Gopal Baglay.

He said that there a “strong focus” on cooperation in counter-terrorism in talks between Modi and Tillerson.  “It is very clear that given the challenges that the two countries have faced and continue to face and the rest of the world also faces from this global menace of terrorism, the discussions in the courtesy call touched upon how the two sides have cooperated in countering terrorism and the broad direction in which they can develop this cooperation further,” he said.

However, a former Indian diplomat told The Wire on condition of anonymity that Washington’s move on Salahuddin “has no teeth”.

“Only if the US moves a resolution in the UN Security Council with the same language as they have in their national legislation will Pakistan have any obligation to act against Salahuddin. Of course, Pakistan may not do so (a la Osama bin Laden), but that would open the door to sanctions against Islamabad, either targeted or generic, and would also call China’s bluff on terror emanating from Pakistan,” he said.

The US state department media note said that Salahuddin, whose real name is Mohammad Yusuf Shah, was designated as an ‘SDGT’, which will mean that US nationals are “prohibited from engaging in transactions with Salahuddin and all of Salahuddin’s property and interests in property subject to United States jurisdiction are blocked”.

Describing Salahuddin as the “senior leader” of HM, the note said that in September 2016, he had vowed to block any peaceful resolution to the Kashmir conflict, as well as threaten to train more Kashmiri suicide bombers. It specifically documented that Salahuddin “vowed to turn the Kashmir valley ‘into a graveyard for Indian forces’.”

Although the top leaders of the Lashkar-e-Tayyaba and Jaish-e-Muhammad are already on the list, Salahuddin’s inclusion marks the first time that a Kashmiri has been announced as a special designated global terrorist. The listing includes numerous permutations in the spelling of both his real and nom-de-guerre. His current address includes Pakistan-occupied Kashmir and Rawalpindi. While his nationality is given as Indian, the listing also provides an ‘alternate’ nationality of Pakistani. Salahuddin is also the head of the United Jihad Council, the alliance of Pakistan-based Kashmiri separatist organisations.

“Under Salahuddin’s tenure as senior HM leader, HM has claimed responsibility for several attacks, including the April 2014 explosives attack in Indian-administered Jammu and Kashmir, which injured 17 people,” added the press note.

The US maintains several terrorism-related lists of individuals and organisations:

The LeT  and JuD and a host of front establishments have already been designated as Foreign Terrorist Organisations but the HM has not been yet. JuD founder Hafiz Saeed was also designated by the US treasury department as a “specially designated national” and a bounty of $10 million placed for information leading to his arrest. He has largely remained free till earlier this year, when he was put on house arrest by Pakistani authorities under pressure to improve their terror funding record.

The discussions between the Indian prime minister and US secretary of defence Jim Mattis also covered counter-terrorism, but mainly in the context of the situation in Afghanistan.

Besides, he noted that both India and US believe in respect for international law, rule-based order and freedom of navigation.