Review: Menon on How India Handles Forks in the Road

The former NSA believes rightly that India’s foreign policy is best served by engaging with all major powers, while limiting their role and influence in South Asia. This task is difficult, even paradoxical, since it is unrealistic to expect that the US and China will come for the food (bilateral engagement), but won’t stay for the party (regional clout). 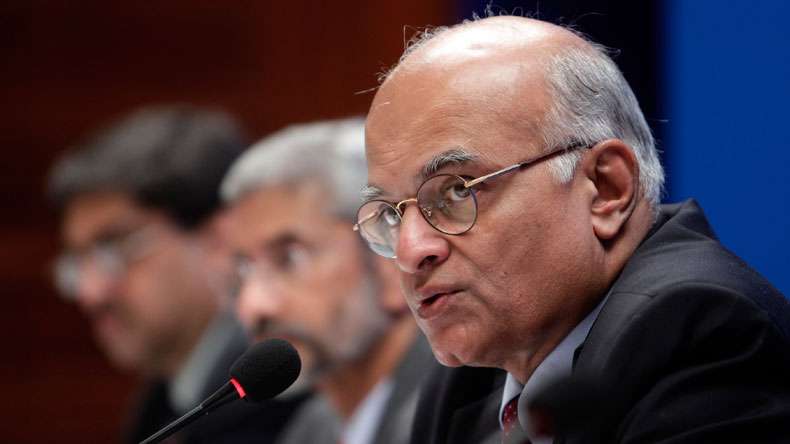 In Shakespeare’s dramatic telling of the political assassination of Julius Caesar, fellow conspirators Cassius and Brutus meet Publius Casca one evening to enlist his support. Casca, a Republican to the core, nevertheless seems disinterested in joining the conspiracy. “Will you dine with me,” asks Cassius, suggestive of Casca’s support to their plot. “Ay, if I be alive, and your mind hold, and your dinner worth the eating,” replies Casca. For someone who is marginal to the plot to kill Julius Caesar – but whose support the conspirators feel essential – Casca holds out, presenting a series of faux-choices. In reality, he has none. Driven by his animosity towards Caesar, it is Casca who delivers the “first blow” at the moment of reckoning, revealing his true intention.

So it is with India. In Shivshankar Menon’s analytical re-telling of five significant foreign policy decisions made by India in the last two decades, New Delhi is presented as having two choices in each situation. They are, respectively:

This is a reductive summary of five difficult decisions Indian governments faced in the past 20 years – as Stephen P. Cohen writes in his congratulatory blurb to the book, critics feel “anyone can do it, and can do it better than the government” – but the reality is that India was never spoilt for choices. Menon himself acknowledges these decisions may never be replicated. Most notably, the Modi government has turned the page, through its “surgical strike” of September 28, on the United Progressive Alliance’s call not to respond militarily to the 26/11 attacks. Just as it was politically unviable for the UPA to retaliate after 26/11, it became untenable for Narendra Modi not to respond after the Uri attacks for reasons of accumulated baggage. Similarly, it made sense for India in 2005 to step up its engagement with the United States, given the latter’s unchallenged hegemony in Asia. Would the National Democratic Alliance – its political clout notwithstanding – readily pursue a civil nuclear agreement now, given the changed circumstances factored by the rise of China? On the nuclear weapons front, has India really been confronted with a scenario requiring a revision of its NFU doctrine? Ill-thought articulations by defence minister Manohar Parikkar aside, India’s nuclear posture is likely to stand the test of time, simply because it is the only sensible option. Choices, then is useful for the lucid and invaluable account of the reasons and processes that fed into India’s crucial foreign policy decisions. Menon’s narration is sober and dispassionate, making this book an indispensable addition to South Asia and India studies programmes at home and abroad. Unlike garden-variety political memoirs, Menon does not go great lengths to defend those decisions in which he was personally involved. Instead, he strings together these five instance to cull a few important lessons on the “how” and “why” of foreign policy-making. Crucial among those, according to Menon, are the importance of personalities in the decision-making process, and the “realism” underpinning India’s pursuit of negotiations or objectives. It is for this reason that Menon is skeptical about claims of India having a “strategic culture”. External relations are rarely driven by “deterministic elements”, Menon says, but admits to an “Indian way of conducting foreign policy”.

The ultimate goal of India’s emergence as a Great Power, therefore, is driven by its favourable geographical location, exceptional status in the international system, it’s role as an “anti-status quo” power, and fierce sense of identity and independence. Many of these factors were conditioned by India’s unique history. To Menon, however, these are not entrenched articles of faith in India’s establishment and therefore susceptible to the predispositions of strong leaders. Choices has more than a fair share of warnings to the Modi government on this count, not least when Menon hints the NDA’s foreign policy is one of “strategic incoherence”, executed without an “overarching conceptual framework”.

Some of Menon’s criticisms and concerns are indeed legitimate, but some self-serving. Choices makes a compelling case to support India’s signing of the Border Peace and Tranquility Agreement with China in 1993, which holds lessons for the Modi government. Today, the territorial dispute between both countries has been relegated to a distant second in New Delhi, after the concerns surrounding China’s economic, military and political designs for the region. The BPTA and ongoing high-level dialogues helped lower the temperature, and preserved political space for the leadership on both sides to make future concessions. Today, it is conceivable that the resolution of the border dispute may itself become a confidence-building measure, should Modi or Xi Jinping pursue their options seriously. The India-China relationship has moved well past a territorial dispute – ironically, as a result of poor engagement on other fronts, boundary negotiations can be the trigger for greater co-operation in other areas.

In evaluating the charge (often levelled by the Indian National Congress) that the NDA has swung too close to the United States at the cost of India’s strategic autonomy, the United Progressive Alliance seems equally culpable. Menon sanguinely notes that the civil nuclear deal raised expectations so high that it has become difficult to find further common ground in the India-US relationship. By Menon’s own admission, strategic interests was  “main driver” of the nuclear deal in both countries, so the failure to predict the future evolution of this relationship lies at the UPA’s feet. For instance, despite talk of strategic congruence, defence and high-technology cooperation stuttered during the UPA regime, indicating that the government then did not have a plan to carry forward the India-US relationship in its totality. On climate change and clean energy, neither side were able to agree on their approach for a post-Kyoto regime. Till the dying breath of the UPA, India held out against joining the US camp on global internet governance, offering few reasons to support its view. On the Trade Facilitation Agreement, it is notable that the Bali package which ensured its signing at the WTO was essentially a bilateral India-US affair, with New Delhi bargaining for an “escape clause” to implement its food security law in return for supporting the TFA. These circumstances indicated the time was perhaps not ripe for India-US engagement on strategic issues, but the Manmohan Singh government invested so much political capital in the relationship that successor governments will be held hostage to it.

The contradictions between what Menon describes as India’s realism and personality-driven policies are clear in his take on India’s response to the 26/11 attacks. Menon’s analysis of India-Pakistan relations is frigid, almost hawkish – he sees the problems on both sides as intractable, with no end in sight to cross-border terrorism fomented by Pakistan. The chapter on the 26/11 attacks is among the book’s best, with Menon clearly and painfully outlining the limits of Indian influence. Yet, he casually dismisses criticism the UPA faced by referring to Balochistan in the 2009 Sharm El-Sheikh joint statement, arguing there is “no reason why Indian diplomats should shy away” from its discussion. Despite the cold (and accurate) calculations of their aides, the reality is that every Indian prime minister has sought a breakthrough in ties with Pakistan – the concession on Balochistan was very much a product of this political calculation, rather than of any analytical assessment.

Menon belongs to a small list of practitioners and scholars who believe rightly that India’s foreign policy is best served by engaging with all major powers, while limiting their role and influence in South Asia. This task is difficult, even paradoxical, since it is unrealistic to expect that the US and China will come for the food (bilateral engagement), but won’t stay for the party (regional clout). Nevertheless, the complexity of future decisions before India should prompt governments to assess whether their calculations stand the test of time. The Modi government has come a cropper on this front, because its attempts to strengthen ties with the United States have coincided with a precipitous deterioration in relations with China. The “choices” that India was presented with during an unprecedented period of unipolarity no longer exist, which requires Modi to innovate his foreign policy.  Menon’s prescription that New Delhi follow its own variant of Deng Xiaoping’s “Twenty-four Character Strategy” – “hide your capabilities and bide your time” – is, respectfully, ill-suited to the Indian context. The expectations from India as a democracy and an emerging economy, as well as its own internal politics, require it to be assertive and subtle at once, both in the region and at multilateral forums. Few can predict the consequences of India’s decisions, and they will continue to be driven by the political leadership of the time. But governments will do well to tally their actions against the objective of India’s transformation into a Great Power – a goal Menon is surprisingly optimistic about – and internalise into its calculation many of the historical, cultural and political factors that Choices so succinctly articulates.