Apart from telling the Nuclear Suppliers Group about its nonproliferation record, India also outlined the additional measures it had taken beyond what the group requires. 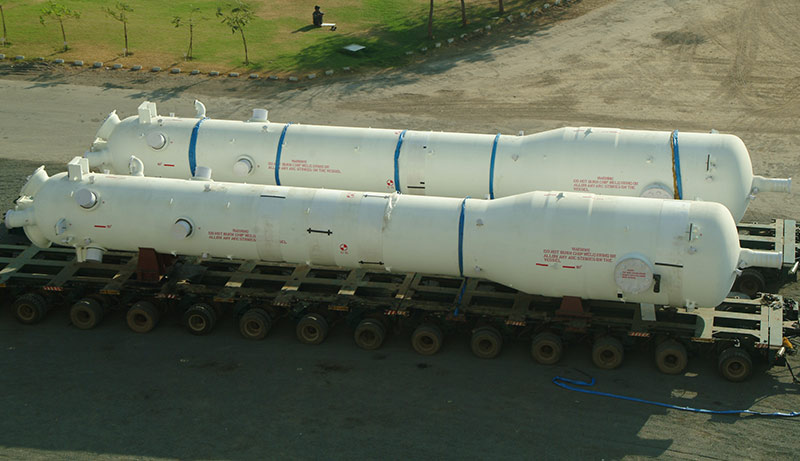 New Delhi: The debate in Seoul may have revolved almost entirely around the nuclear non-proliferation treaty (NPT) but India’s formal application to join the Nuclear Suppliers Group was undergirded by a direct and compelling appeal to the NSG’s raison d’être: the country is already a significant supplier of nuclear material and “as India’s integration with global supply chains moves forward, it would be in the interest of the NSG that India’s exports are subject to the same framework as other major supplier countries.”

India’s arguments, used in the run-up to the NSG plenary, are carefully spelled out in a 300-page bound application that was distributed to all 48 of the nuclear cartel’s members – called ‘participating governments’ – last month.

A copy of the application, accessed by The Wire, shows how New Delhi sculpted its case for membership of the group  – one which was formed, ironically, as a response to India’s first nuclear test in 1974 – out of a combination of political, technological, commercial and legal arguments aimed at demonstrating how having India inside the room would be a “win-win” outcome for the NSG.

India’s bid did not get enough traction at the June 23-24 plenary session in Seoul, with China and several other nations raising questions about ‘process’ and insisting on drawing up ‘criteria’ for non-NPT countries. At the suggestion of Mexico, an extraordinary plenary session of the NSG will be held again later this year to look at the question of membership for countries that are outside the NPT.

India’s application opens with the May 10, 2016 letter from foreign secretary S. Jaishankar to the NSG chair at the time, Argentine ambassador Rafael Mariana Grossi, noting the country’s decision to submit an application for participation in the NSG. Cover of India’s application to join the Nuclear Suppliers Group, May 2016

Right after Jaishankar’s letter in the bound application comes the first six pages of the information circular issued by the International Atomic Energy Agency (IAEA) on May 9 confirming India’s adherence to the June 2015 revisions of the NSG’s trigger and dual use lists. This was done through gazette notifications issued on April 28 and April 29 that updated the guidelines for nuclear transfers (i.e. exports) and the schedule of prescribed substances, equipment and technology and SCOMET (special chemicals, organisms, materials, equipment and technologies). A copy of 13 documents – which India submitted to the IAEA for circulation on May 9 – such as relevant Indian laws, guidelines, schedules and notifications running into over 250 pages – adds heft to the Indian application.

India’s application to join the NSG is divided into four parts running into 41 pages –  a brief account of past engagement with the cartel; information about the country’s “NSG-relevant capabilities” and civil nuclear programme; a detailed description of its export control systems; and a final section dwelling on India’s disarmament and nuclear policy.

The application points out that since the NSG granted it a waiver in 2008, India has signed 13 agreements on civil nuclear cooperation with other countries, out of which 10 are NSG members. Negotiations have also been concluded for similar pacts with Japan, European Union and Bangladesh, it states.

In a chapter titled “India’s NSG-relevant capabilities and civil nuclear program”, New Delhi explicitly linked implementation of the COP-21 commitment to the expansion of the nuclear power industry. This was also hammered through in the concluding chapter. “Raising the contribution of nuclear energy from the current level of 5780 MWe to 63,000 MWe by 2032 would be key to meeting India’s commitment,” said the application. Out of this, India planned to add 40,000 MWe from light water reactors through foreign collaborations.

The COP-21 angle was a key message from India and also part of the country’s official response after it failed to secure NSG membership. “An early positive decision by the NSG would have allowed us to move forward on the Paris agreement,” said foreign ministry spokesperson Vikas Swarup on June 24. Some analysts have said India’s stance amounts to taking hostage the much-feted climate change agreement. Incidentally, India’s last-minute assent, a result of a phone call between US President Barack Obama and Prime Minister Narendra Modi, was one of the reasons for the climate deal being approved, despite a dilution in the responsibilities of richer nations.

In its application, India talks about the nuclear industry being a key engine of economic growth. “India’s membership is essential to sustain the trend of manufacturing and export of high tech items, which along with clean energy supplies is a “sine qua non” for economic growth and employment generation for India’s youth”.

India pointed out that domestic firms are increasingly becoming part of global supply chains, with a mention of Larsen and Toubro’s memorandum of understanding with Areva in 2015. India also wants to export its small pressurised heavy water reactors (PHWRs) of 220 MWe and 540 MWe. In the meantime, India informed NSG members that it was already the largest global producer and supplier of heavy water, which is used as a coolant or moderator in nuclear reactors. According to figures mentioned in its application, India supplied 93.6 MT of heavy water between April 2010 to March 2015, with China, France, South Korea and US as the main destinations.

The nonaligned movement (NAM) and India’s first prime minister, Jawaharlal Nehru, also find mention in the application. Nehru’s quotes are used not just to illustrate India’s long-standing position on nuclear disarmament, but also the implementation of export controls from 1947.

The section on export controls in India’s membership application is the most extensive, providing details of the various legislations, the process of granting licenses and its enforcement.

New Delhi has issued 170 export licenses in the past three years for nuclear and nuclear related items like nuclear grade graphite, heavy water and filament vending machines, including “to a number of NSG participating governments”. India also mentioned that it has denied licenses for filament winding machines and control valves, but did not give any number or details.

In another part of the document, it was noted that “while India is not yet a member of the Proliferation Security Initiative, it has participated as an observer in a PSI event and has demonstrated the ability and willingness to interdict a proliferation related shipment”. In 2009, India had detained and examined a North Korean ship, MV San, when it entered Indian waters without authorisation, but has otherwise refrained from formally associating with the PSI – a US-led military initiative that has not been sanctioned by the United Nations.

In the document, India argued that it had gone beyond the “strict obligations” it had towards the NSG as a result of its waiver from the group’s export guidelines in 2008. It lists five examples:

“The NSG has already taken a conscious decision to permit civil nuclear cooperation with India based on India’s energy needs, mature nuclear industrial capabilities, non-proliferation record and commitments. That logic has not changed,” said India. “In fact, it will be strengthened by full participation in the regime. India’s membership of the NSG would allow India to deepen cooperation on a clean source of energy with partners in the NSG mindful of the non-proliferation objectives that underpin the group. In a material sense, India would learn from the best practices in the NSG, which would help it uphold its unblemished non-proliferation record.”

In the concluding section of its application, India asserts that “from the NSG’s perspective …  [it] is equivalent  in terms of its commitment to non-proliferation as well as its record”, carefully skirting any direct reference to the NPT, a sticking point for several countries.

But this was obviously not enough – at least in Seoul.