The MEA has clarified that there is no official move to deport South Asia deputy bureau chief Eric Bellman. 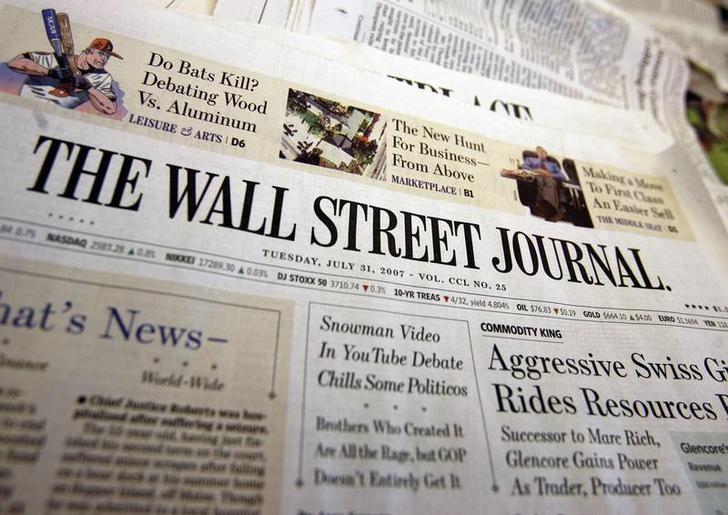 New Delhi: India’s public broadcaster Prasar Bharti on Friday deleted a tweet which implied that the Ministry of External Affairs was actively pursuing the deportation of Wall Street Journal‘s South Asia deputy bureau chief Eric Bellman, after the MEA clarified that no such decision was imminent.

At around 7.40 pm on Friday, Prasar Bharati News Service tweeted from its verified handle:

“The Ministry of External affairs today asked the Indian Embassy in the US to look into the request for immediate deportation of @WSJ’s South Asia Deputy Bureau Chief @EricBellmanWSJ, who is based in India for ‘anti-India behaviour’.”

The tweet tagged the Twitter accounts of both the ministry and the Indian embassy in Washington DC.

The tweet also included a screenshot of what seemed to be an electronic file application with an uploaded “grievance document” and the title “Request for immediate deportation of Wall Street Journal S Asia Bureau head Eric Bellman based in India for anti India behaviour”.

With the phrasing of its tweet, PBNS clearly implied that MEA headquarters has already called for the deportation of the WSJ journalist.

A closer scrutiny of the tweet showed that the tweet had been strangely phrased. Not least, any decision on deportation would have to be taken by the Indian government in New Delhi, not by the Indian embassy in United States. There had also been puzzlement about the screenshot, as none of the internal applications in the ministry for movement of files had a similar layout as depicted.

An hour after posting the tweet, PBNS tweeted a second time to say:

“Sources inform PBNS that the above is a private complaint registered with the greivance (sic) cell and no decision has been taken on the complaint at this time”.

A minute later, it posted another tweet reiterating that as a “matter of routine processing, the matter was referred to appropriate department for examination and nothing further needs to be read into the matter”.

The MEA finally clarified that there was no official move to deport Bellman. Rather, it was an outside complaint filed through the centralised grievance redressal system which was just passed to the official as mentioned in the application.

“A complaint was registered against Eric Bellman by a private individual on [the] government’s Online Grievance Redressal platform. Referring the complaint to the related office is a routine matter as per standard procedure. No such decision on deportation has been taken by the Ministry of External Affairs,” said MEA spokesperson Raveesh Kumar.

The Centralized Public Grievance Redress and Monitory Mechanism (CPGRAM), under the department of administrative reforms and public grievances, is the portal that allows any member of the public to file complaints with the government. As the website states, the complaint is automatically routed to the relevant ministry.

MEA officials also pointed out that the screenshot actually had no reference to the Indian embassy in US. Rather, the application called on the “US cons”, Vinesh Kalra to take action on the deportation. Kalra is the deputy secretary (consular) in the MEA’s consular, passport and visa division and does not deal with the “United States”. The CPV division is not connected with the distribution of visas to foreign journalists, which is exclusively the domain of the MEA’s external publicity division and the home ministry.

Following the MEA’s clarification, Prasar Bharati admitted that it had “wrongly interpreted a routine procedure related to a private complaint”. “The earlier tweet has accordingly been withdrawn,” it tweeted.

It turned out that an organisation called the Legal Rights Observatory (LRO) run by the pro-BJP film maker Vivek Agnihotri had filed the complaint through the CPGRAM portal.

Following @MEAIndia intimation, We have sent follow up email 2 Vinesh Kalra of MEA pressing demand 2 immediately deport @EricBellmanWSJ of @WSJIndia for #DelhiRiots FAKE NEWS. Will move to court against WSJ if govt takes no action. Everyone will b chased n hunted who spread lies. pic.twitter.com/EDOEWxjSbM

The group tweeted a screenshot of a follow-up letter which was apparently sent after the portal sent a mail acknowledging that the application had been forwarded to the official mentioned in the complaint.

The follow-up letter still referred to the MEA official Kalra as “US Consulate”.

As per the description on its twitter account, LRO is a “Legal Activism Group to safeguard Indian national interest, Human Rights of armed forces and Hindu cause”. The follow-up letter sent by LRO said that “fake news reports” like that filed by WSJ had “fuelled [the] Delhi riots and foreign media outlets have played [the] worst role in it”.

The Wall Street Journal has become the target of the BJP and other right wing groups over a report related to the murder of Intelligence Bureau employee Ankit Sharma during the Delhi riots.

The WSJ report, dated February 26, had quoted the IB staff member’s brother as stating that Sharma was returning home when a mob “came armed with stones, rods, knives and even swords; they shouted ”Jai Shri Ram”…”

This led to outrage among certain sections, with media outlets, affiliated to the government, claiming that WSJ had falsified the report. The brother then denied that he had made those comments, though the newspaper has stood by its story. Incidentally, Eric Bellman was not an author of the report.

A police complaint was filed with Delhi Police and Maharashtra Police against WSJ, which was also tweeted by Prasar Bharati on February 28.

In a response to The Wire, a Wall Street Journal spokesperson said that the newspaper stands by its story. “We are confident in the accuracy of our articles. We remain committed to fully and fairly covering events in India,” the spokesperson had said on February 29.

Last month, China had expelled three WSJ reporters for the newspaper carrying an opinion piece by another columnist titled ‘China Is the Real Sick Man of Asia’.

Criticising the expulsion by China, US secretary of state Mike Pompeo said, “Mature, responsible countries understand that a free press reports facts and expresses opinions. The correct response is to present counter arguments, not restrict speech. The United States hopes that the Chinese people will enjoy the same access to accurate information and freedom of speech that Americans enjoy”.

In 2018, India deported Reuters photographer Cathal McNaughton after he returned to the country just after winning the Pulitzer award over his coverage in Kashmir.

The LRO has been known to file complaints against media groups and Christian organisations.

It tweeted on Saturday that it will also file a complaint against the New York Times for its report stating that the Delhi Police was biased against Muslims in their actions during Delhi riots, which began on February 23 night.

In 2017, LRO had threatened India Today editor Rajdeep Sardesai for inviting Delhi University professor Nandini Sundar in a discussion about the killing of CRPF soldiers in a Maoist attack. Sundar is married to Siddharth Varadarajan, one of the founding editors of The Wire.