Fleeing the Arakan conflict zone, around 1,600 Myanmar nationals have poured into Mizoram since November 2017. 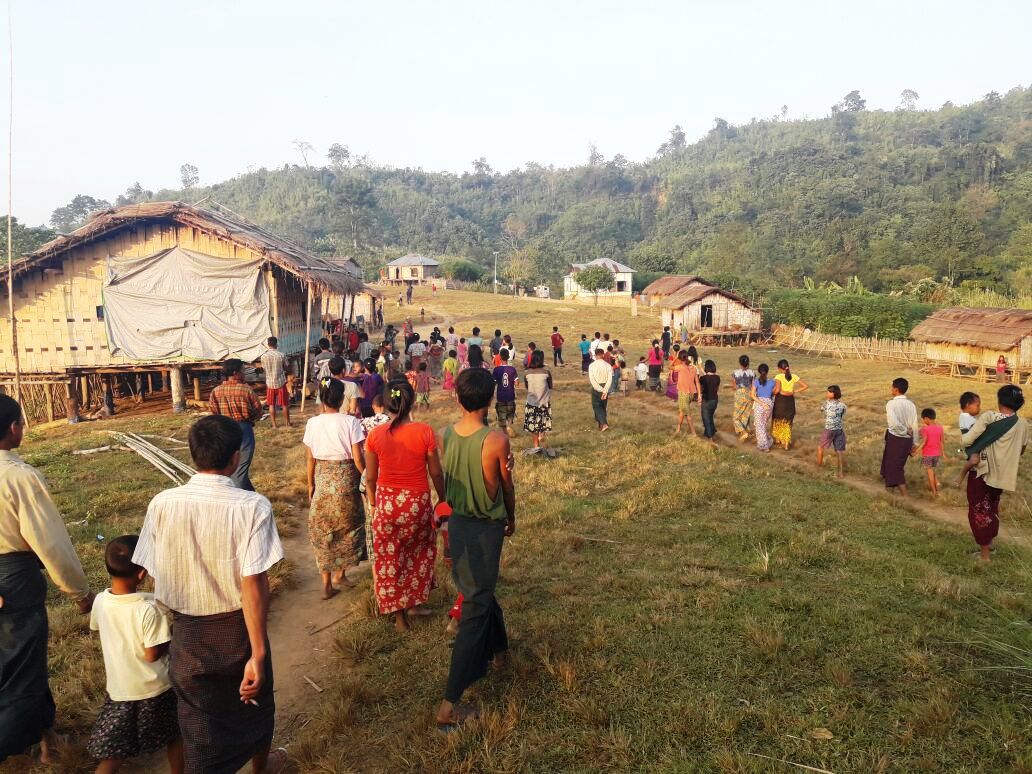 Residents and refugees at a village in Lawngtlai ahead of a meeting early last month which was also attended by government officials and functionaries of civil society organisations.

Not far from the Arakan conflict zone in Myanmar, Mizoram has become another hotspot of sorts. Around 1,600 Myanmar nationals, fleeing clashes between the Myanmar army and an underground rebel group called the Arakan Army in the troubled Rakhine State, have poured into the Northeastern state since November 25, 2017, after their villages were affected by heavy fighting between the two sides. The refugees, identified as Zakhai by the locals, are Buddhist and speak the same language as their Lai counterparts in Mizoram, who are mostly Christian.

A map of Mizoram.

The offensive by the Myanmar army was triggered after 11 of its personnel were reportedly killed in an ambush by the rebels on the Kaladan river more than two months ago. The army subsequently moved large columns for a counter-attack along the border of the Chin and Rakhine states in the neighbouring country where the rebel outfit has strengthened its position. The Arakan Army is part of an alliance of ethnic armies called the Northern Alliance which has also entangled this group in the conflict against Tatmadaw in Kachin and Shan states in the north of Myanmar. So far it has not signed the Nationwide Ceasefire Agreement with the Myanmar government. 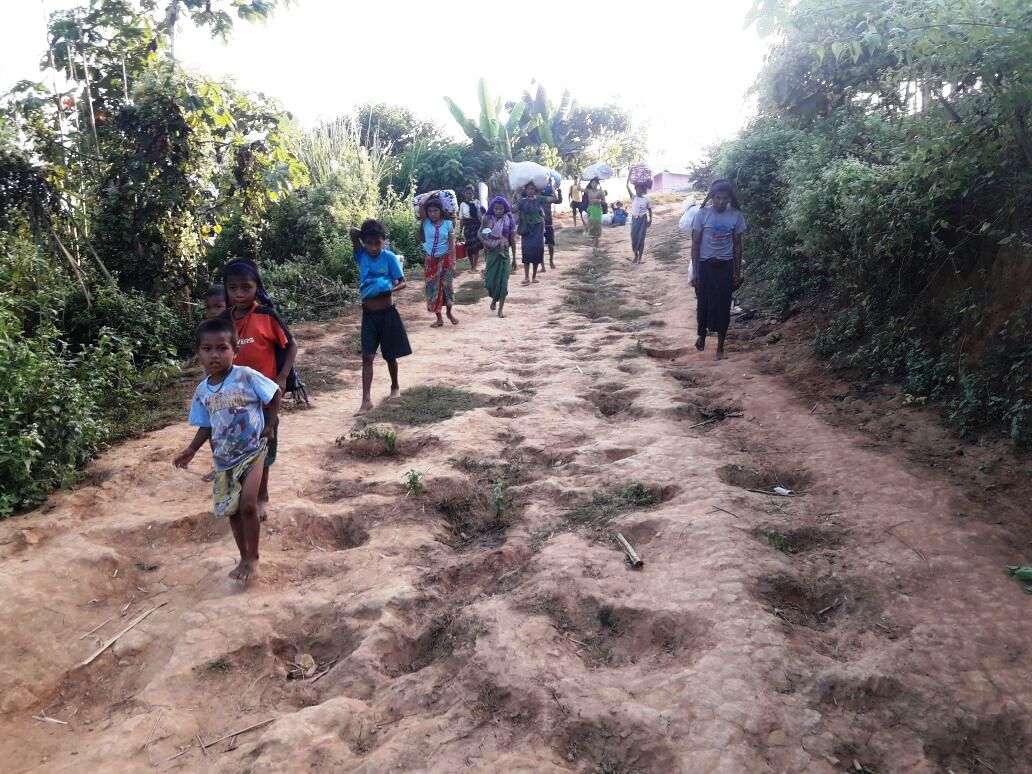 On November 28, over a hundred Myanmarese nationals crossed over to Lawngtlai in Mizoram in a movement that began from early hours of the day until late in the afternoon. A makeshift camp was set up at the entrance of the Tokalo Wildlife Sanctuary for the refugees who were later shifted to Laitlang and Hmawngchhuah in Lawngtlai. 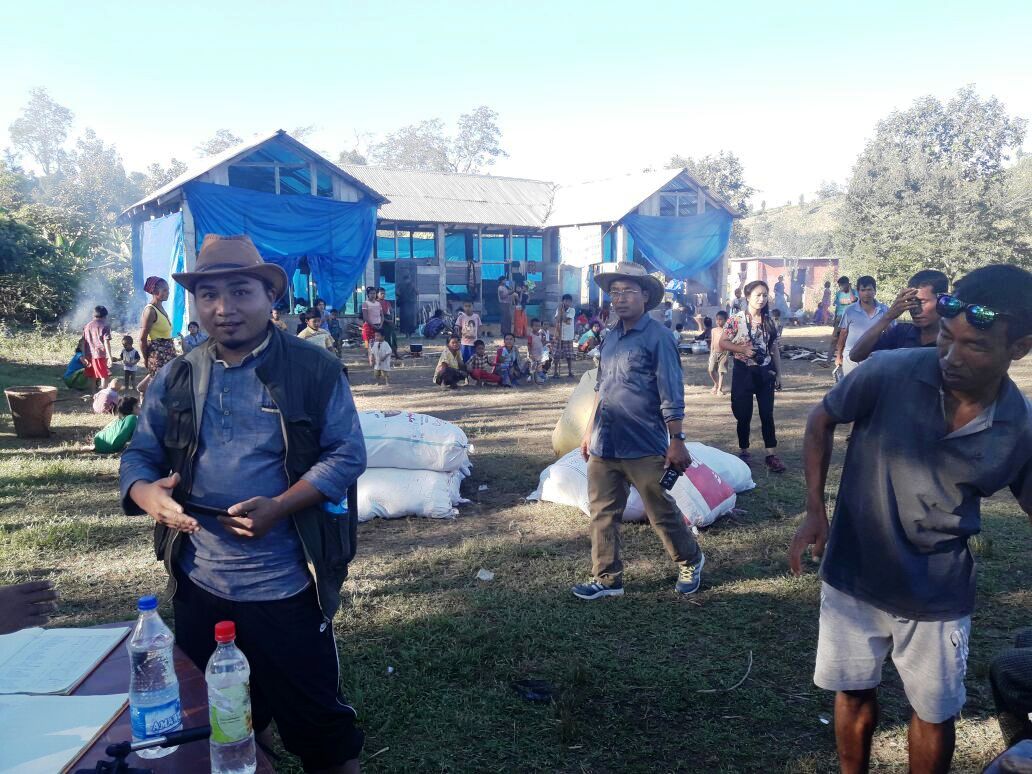 Refugees being registered and given access to health check-ups organised by the government where more than ten cases of malaria have been detected. A classroom in a school where several families are huddled and allotted space depending upon size and requirements. Elderly and sick refugees have been put up separately in some locations.

While some refugees are living in the houses of relatives, the majority have been sheltered in school buildings and community halls in Zochachhuah, Laitlang, Dumzautlang and Hmawngchhuah across Lawngtlai in the southern region of the border state. The district administration, civil society organisations (like the Young Lai Association) and Assam Rifles have been distributing clothes, food, solar panels and conducting medical camps. The refugees are reluctant to return to their homes as they are concerned about the resumption of hostilities between the two sides. 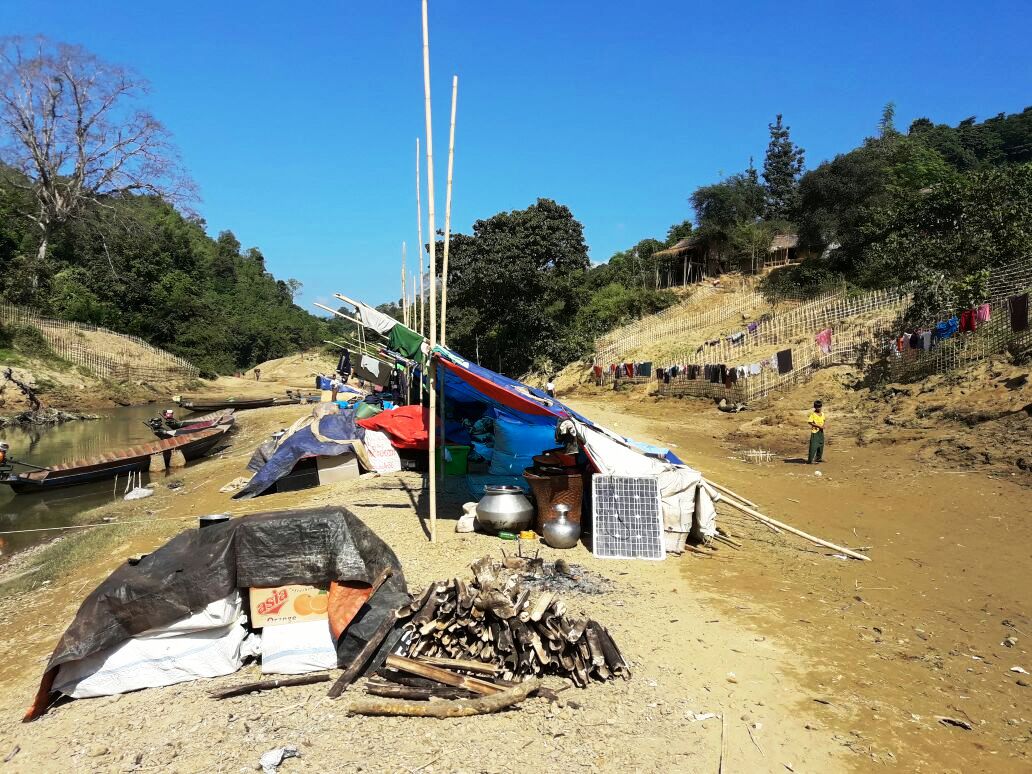 Makeshift camps of the refugees near Zochachhuah village which was erected in the first week of December before they were shifted to a school. Rice being distributed to a group of refugees by the district administration. Lunch being prepared for the 12 families who have been sheltered in a community hall.

All photos by Rajeev Bhattacharyya.