Pakistan Hopes Uri Can Internationalise Kashmir. India Shouldn't Help It Do That.

The Indian response must be calm and measured, and must begin by establishing as complete a picture of the incident and its dramatis personae as possible. 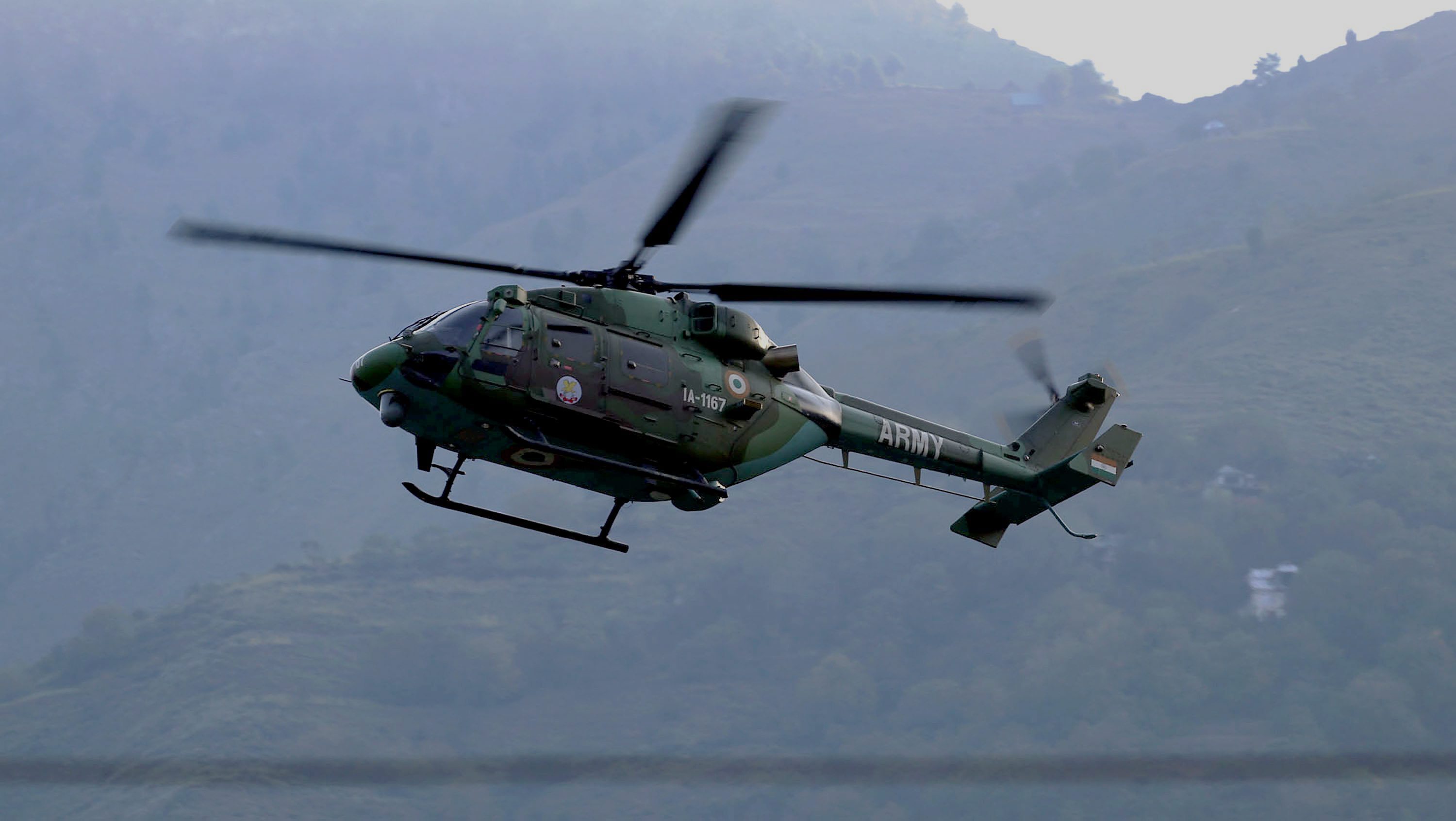 An Army chopper at surveillance during a militant attack at the army nrigade camp in Uri, Jammu and Kashmir on Sunday. Credit: PTI An Army chopper at surveillance during a militant attack at the army brigade camp in Uri, Jammu and Kashmir on Sunday. Credit: PTI

The killing of 17 Indian army soldiers in Uri on Sunday is designed to accomplish for the militant groups and their Pakistani backers something 80 civilian deaths in the Valley have failed to do so far: draw the international community into the India-Pakistan equation and underline the disputed nature of Jammu and Kashmir.

For that reason, the Indian response needs to be cool and measured, with politicians and ministers steering clear of war-like rhetoric that simply ends up playing into Pakistan’s hands.

Ever since the death of Hizb-ul-Mujahideen commander Burhan Wani on July 8, Pakistan has sought to capitalise on the angry upsurge in the Valley and the excessive use of force that the Indian security forces have resorted to in their desperate attempt to quell public anger. Prime Minister Nawaz Sharif hailed Wani as a martyr, declared a day of solidarity with Kashmir and dispatched envoys to various capitals around the world in an effort to drum up support for Pakistan’s case. If the Modi government has deluded itself into believing the current crisis in the valley is completely sponsored from across the border, Islamabad’s policy is being driven by the equally astonishing delusion that the civilian uprising might fatally weaken India’s hold over Kashmir.

Sharif’s policy has not only failed to ‘internationalise’ the Kashmir issue, it has also allowed New Delhi to paint what is evidently a protest movement birthed by its own ineptitude as something controlled by Pakistan. It has also given an opening for India to open new diplomatic fronts – human rights violations in Balochistan, for example – which may not help the Indian side in the long run but which certainly have the capacity to wound the Pakistani establishment.

Subsequent investigations will establish who the Uri attackers were, in particular whether they are ‘homegrown’ or Pakistani, and to which organisation they belong. Either way, it is naïve to imagine a major attack like this could have been executed without the sanction or knowledge or complicity or indifference of the Pakistani Inter-Services Intelligence, which closely works with all the militant groups involved in Kashmir.

To that extent, the Uri strike represents a tactical shift – a new roll of the dice by Islamabad timed for the run-up to the United Nations General Assembly session in New York later this month. The world may be less receptive to cries of human rights violations in Kashmir than it was in the 1990s but Pakistan is counting on bellicose responses by the Bharatiya Janata Party and RSS reopening the ‘nuclear flashpoint’ playbook. Islamabad thinks this will achieve what its diplomatic campaign has failed to do these past two months.

Jammu and Kashmir chief minister Mehbooba Mufti is spot on when she says the Uri attack is designed to create a war-like situation between India and Pakistan. What she didn’t say is that it takes two sides to do that. Given the Modi government’s tough rhetoric on the young boys and men protesting in Kashmir’s streets, the perpetrators of Uri are counting on their latest provocation pushing New Delhi into a situation where it feels it has no option but to respond with some sort of military counter-measure.

Prime Minister Narendra Modi may have been relatively restrained in his comments so far, speaking only of punishing the perpetrators, but others around him have been quick to put on warpaint. “For one tooth, the complete jaw,” said senior BJP leader Ram Madhav. “Days of so-called strategic restraint are over. If terrorism is the instrument of the weak and coward, restraint in the face of repeated terror attacks betrays inefficiency and incompetence. India should prove otherwise,” he added.

The problem with Madhav’s call for an end to strategic restraint is that there is no easy alternative path that New Delhi can follow.

Over the past two decades, successive governments have come under tremendous pressure to ‘retaliate’ following major attacks but always floundered in the face of less than perfect options. In the aftermath of the Jaish-e-Mohammed’s terrorist attack on the Indian parliament complex in December 2001, the Vajpayee government mobilised the Indian army’s strike forces only to realise the military and diplomatic costs of ‘coercive diplomacy’ outweighed its benefits.

Deliberations on the use of force need to take place in a cool atmosphere, free from the high velocity, high amplitude echo chambers of Twitter, Facebook and television studios. Retired generals with resplendent moustaches and ideologues keen to score points over ‘inefficient and incompetent’ political rivals cannot be allowed to dictate the manner in which the Indian state responds to the Uri provocation. Nor should TV anchors who say ‘there is no time to think, we need to retaliate now.’

The Indian response must be calm and measured, and must begin by establishing as complete a picture of the incident and its dramatis personae as possible. Full attention must also be paid to the obvious gaps in domestic security management. There can be no doubt that Pakistan has to be called to account for, at the very least, providing sanctuary and more to individuals who openly declare their intention of turning Jammu and Kashmir into a graveyard for Indian soldiers. Every course of action we hear about – artillery fire along the Line of Control, special forces operations against a terrorist camp across the LoC, air strikes, one former army chief even wants India to raise its own suicide squad – will bring with it attendant risks at the tactical level as well as the danger of escalation, even if limited to conventional means.

What is essential is that all options be evaluated professionally and not politically, so that the diplomatic advantage India has is not squandered in a denouement that Pakistan fully expects and wants.