On Day One at Seoul, Indian Quest to Join NSG Hits China, 'Due Process' Obstacles

Indian officials believe the NSG plenary will not reach a decision on Indian membership unless the Chinese delegation in Seoul receives fresh instructions from Beijing. 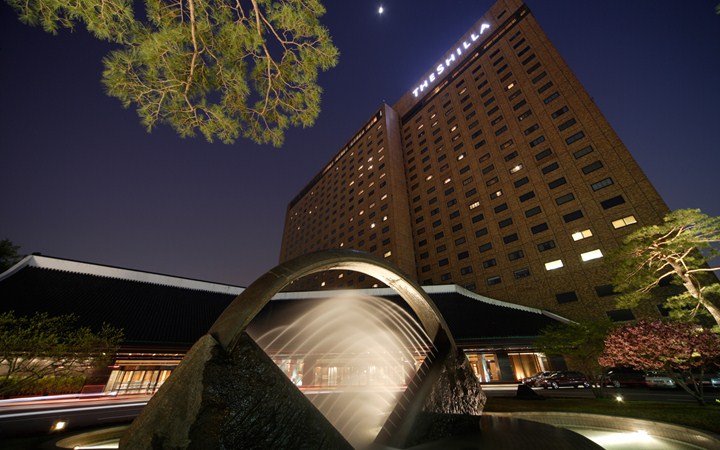 New Delhi: At the end of the first day of a key meeting of the Nuclear Suppliers Group, India’s bid to become a member of the 48-nation cartel hung in the balance with marathon discussions on admitting countries that are not signatories to the nuclear non-proliferation treaty (NPT) ending “inconclusively” Thursday night, diplomatic sources told The Wire.

India’s principal obstacle inside the club of nuclear exporters remains China, which spent five hours at the start of the NSG’s annual plenary in Seoul, South Korea on June 23 raising procedural obstacles and refusing to allow the question of India’s candidature to be taken up as an agenda item.

In the afternoon, however, the NSG chair, Song Young-wan, who is South Korea’s ambassador in Vienna, managed to push through a compromise so that an additional item was added on to the day’s agenda – on ‘technical, legal and political aspects of participation in the NSG of non-NPT states’. Following this, and a break for dinner, NSG members reconvened at 9 pm to hold “substantive discussions” till midnight on India’s application and the issues it raised.

Though India was not present in the room, Indian officials briefed about what happened inside the meeting said that more than 30 member states “spoke clearly in favour of India, that they wanted India inside the NSG.” These countries included Russia, which strongly backed the Indian case, the United States, France, Britain, Germany, Australia, Canada, Japan, Holland, key East European members like Poland, Hungary and the Czech Republic and Mexico too. In earlier NSG interactions over the past year, they noted, Mexican diplomats had not backed India.

If Prime Minister Narendra Modi’s visit to Mexico City earlier this month helped bring the Mexicans around, the conversion of the Swiss – whose leadership Modi recently met in Berne – has been less than complete. At the late night NSG discussion in Seoul, diplomatic sources say Switzerland was part of a handful of countries that questioned the rationale of making another exception for India rather than spelling out criteria for membership that would then be applicable to all those outside the NPT. That list currently consists of five countries – India, Pakistan, Israel, South Sudan and North Korea.

Though Indian officials began the day assuming China was the main obstacle – “Consensus minus one”, a top diplomat had messaged several reporters – it became apparent by evening that other countries had issues too. In the late night meeting, several states raised questions about the process to be adopted for admitting a non-NPT member – Switzerland, Ireland, Austria, New Zealand and Turkey. They were even joined by Brazil, a country India had assumed was backing its membership bid.

Asked about this development, Indian officials told The Wire it would be wrong to say these countries had joined China or were acting in concert with it. “China is in a class of its own. It spent the whole day trying to prevent this discussion from even taking place. None of the others backed them in this. Nor are they saying they are opposed to India joining.”

These counties essentially argued that there should be a process with criteria to take the membership question forward. Indian officials said that in a meeting with India’s foreign secretary, S. Jaishankar, who has been camped in Seoul along with senior MEA official Amandeep Singh Gill, the Brazilian delegation noted that it supported India but wanted the NSG to adopt “a non-discriminatory process” with criteria rather than a country-specific carve-out.

Earlier this month, while speaking to reporters, Brazilian ambassador to India Tovar da Silva Nunes had noted that there could be “creative” ways for India to give “assurances” to the international community which may not necessarily go through the established paths.

Who is afraid of criteria?

With the NSG having bent its rules once before – in September 2008 – to allow India to import nuclear material and equipment from members despite being outside the NPT, ‘exception fatigue’ appears to have set in in some capitals.

In the run-up to the Korea plenary, India let it be known that it favoured the NSG adopting  a “merit-based” approach to membership rather than a “criteria-based” one. At Seoul, Indian negotiators realised the folly of this distinction and tried a new tack.

India, they now say, has no problem with a discussion on criteria since the 2008 waiver for India was in fact predicated on the country having fulfilled certain conditions that the NSG had itself set. “We are saying that the criteria are all there in paragraph 2 of the 2008 decision”, an Indian official said, referring to the listing of seven “commitments and actions” that India undertook in the aftermath of its July 2005 joint statement with the US that first envisaged the lifting of nuclear sanctions. These include the separation of the country’s military and civilian nuclear programmes, the placing of its civilian facilities under international safeguards, the signing of an additional protocol (for more comprehensive international scrutiny) with the International Atomic Energy Agency, and a reiteration of the moratorium on nuclear testing.

As for the relevance of the NPT, say Indian diplomats, its essence was squarely captured in the first paragraph of the 2008 waiver when the NSG noted that it “desired to contribute to the effectiveness and integrity of the global non-proliferation regime, and to the widest possible implementation of the provisions and objectives of the Treaty on the Non-proliferation of Nuclear Weapons.”

In other words, while the NSG had recognised in 2008 that India could never be expected to sign the NPT in its present form (because that would mean unilaterally giving up its nuclear weapons), it knew that India was committed to implementing the treaty’s key “provisions and objectives”, namely non-proliferation.

“So the criteria are all there and we fulfil them”, an Indian official said, noting that some of the countries talking about the need for membership criteria are “rather vague” about what it is that they have in mind.

With the NSG plenary now past the half-way mark, Indian officials say they have no idea what the group will finally decide. “The meeting at night ended inconclusively but the discussions are not over. The item [of the agenda] is still open,” a diplomat said. Perhaps some delegations will receive instructions from their foreign offices in the morning, he added.

Though Indian diplomats were confident the debate over “due process” would probably end in India’s favour, they said the NSG plenary would not reach a decision on Indian membership unless the Chinese delegation in Seoul receives a fresh set of instructions from its headquarters.

Given all that Beijing had been saying in the run up to the Seoul meeting, its opposition to the membership issue being discussed was not unexpected. Presumably with one eye on China, the South Korean foreign minister Yun Byung-se had opened the day’s proceedings by exhorting NSG members to “strive to forge a consensus on the membership issues, considering our needs to further strengthen this group”.

Yun also said that the NSG had to address the issue of balance between ‘nuclear trade for peaceful uses’ and ‘non-proliferation objectives’ especially “following the Paris Agreement on climate change and the rising demand for nuclear energy.” This formulation echoed the argument India has been making in its diplomatic outreach – that NSG membership would help the country fulfil its commitments for non-fossil fuel energy production made under Paris climate change pact. Prime Minister Narendra Modi shakes hands with Chinese President Xi Jinping before their meeting in Tashkent on Thursday on the sidelines of the SCO summit. Credit: PTI

Less than an hour before the special session began in Seoul, Prime Minister Narendra Modi personally appealed to Chinese president Xi Jinping to back India’s desire to join the NSG. The two leaders met  in Tashkent, Uzbekistan on the sidelines of the Shanghai Cooperation Organisation summit.

At the start of the meeting, there were pleasantries with Modi greeting Xi on his birthday earlier this month. Modi even noted that he had used his Weibo account to send his wishes to the president on his birthday. After a short reference to the SCO, the rest of the 45-minute meeting was devoted to India and the NSG.

Calling on Xi to de-hyphenate India and Pakistan’s bids, Modi “urged China to make a fair and objective assessment of India’s application and judge it on its own merit,” ministry of external affairs spokesperson Vikas Swarup told reporters on Thursday.

“He (Modi) said China should contribute to the emerging consensus in Seoul,”  Swarup added . He refused to answer queries on the Chinese leader’s response to Modi’s request.

Though the Chinese side briefed reporters in Tashkent about the outcome of Xi’s meetings with his Mongolian and Uzbek counterparts, no readout of his interaction with Modi was provided. However, ahead of the meeting, the Chinese foreign ministry had sought to delink the NSG membership issue from bilateral ties – that according to Beijing, have “maintained sound momentum of growth”.

Before Xi’s meeting with Modi in Tashkent, the Chinese president met with his Pakistani counterpart Mamnoon  Hussain.  China and Pakistan, they noted, were  “iron brothers” – using a new phrase to describe the relationship.

According to a Pakistani foreign ministry readout, Hussain told Xi that “any exception given for NSG membership could disturb strategic stability in South Asia”. Pakistan’s foreign secretary Aizaz Chaudhary later told the APP news agency that Xi had assured Hussain that “China would adopt criteria-based approach on the issue of NSG, which would support Pakistan’s case”.

Also on Thursday, Pakistan released a statement expressing grave concern about over North Korea’s ballistic missile test. “Pakistan has been a consistent supporter of a nuclear weapons free Korean Peninsula, as agreed by all parties,” said the statement.

However, Islamabad would not have been pleased at South Korea’s foreign minister flagging “revelations on the A.Q. Khan network in 2004” as one of the four “direct challenges” to the non-proliferation regime over past decades in his opening remarks to the NSG plenary.

With the disgraced Pakistani nuclear scientist’s clandestine network being one of main sources for technology for  the North Korean nuclear program, this was a direct reminder of Islamabad’s less-than-stellar proliferation record before a gathering that was expected to hear Chinese pleas that Pakistan and India be treated equally on the question of NSG membership.