An Out of the Box Solution to the India-China Boundary Dispute?

Do India and China have strong enough incentives to seek a compromise on the border and are these incentives aligned? It would appear that despite significant convergence on some issues, the relationship is likely to remain adversarial. 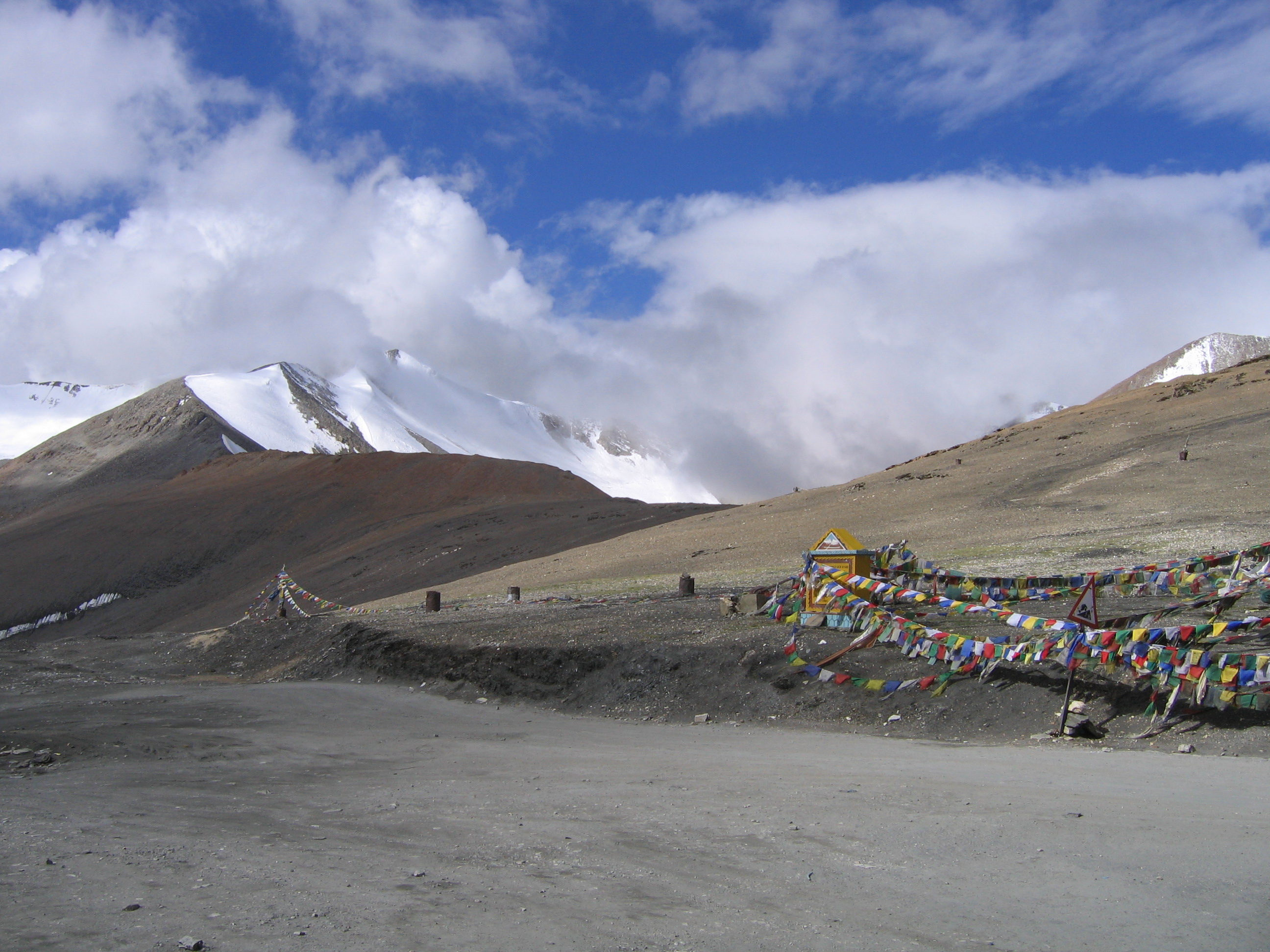 During her visit to Beijing in January/February 2015, Indian External Affairs Minister Sushma Swaraj said at a press conference that “an out of the box solution may still come on this (The Sino-Indian boundary) issue”.  She did not elaborate but her remarks followed other straws  in the wind.  Chinese commentators have been putting forth the line that since both India and China now have strong and decisive leaders at the helm, they have a window of opportunity to deliver a political deal on the boundary issue.  There was also much excitement when former Australian Prime Minister, Kevin Rudd, who visited New Delhi after a series of interactions in Beijing in March this year, told a number of his Indian interlocutors that China was planning to present a “surprise package” on the border issue when Prime Minister paid a visit to China later in the year in May.  Is the “surprise package” the “out of box solution” that the two countries are looking for?  The answer to this question is undoubtedly important since a satisfactory and mutually acceptable solution to the long standing boundary dispute would remove a bitter and corrosive legacy from India-China bilateral relations generating a potentially game –changing realignment in Asia and the world.

Before we explore what could be an out of the box solution, it may be worthwhile to briefly recapitulate the different phases through which the India-China boundary negotiations have proceeded since they were resumed in 1980.  From 1980-85, the Chinese side reiterated the offer  made in 1960, that is, it would be prepared to accept an alignment in the Eastern Sector, in general conforming to the McMahon Line, but India would have to concede Aksai Chin to China in the Western Sector, this being critical at that time to the latter in view of the strategic road connecting Xinjiang to Tibet. For the Central Sector, the differences were regarded as relatively minor and manageable.  This so-called “package proposal” was advanced by no less a person than the then paramount Chinese leader Deng Xiaoping in 1982.  In an interview to the India journal Vikrant, he had said, “….. for instance in the Eastern Sector,  can we recognize the existing status quo, I mean the so-called McMahon Line?  This was left over from history but in the Western Sector, the Indian government should also recognize the existing status quo.”

This was repeated in a meeting that Deng had with Shri G. Parthasarthy, the then Chairman, Policy Planning Committee, in Beijing later that year.

In subsequent backchannel talks between A.P. Venkateswaran, the then Ambassador of India and a senior advisor to the then Chinese Premier Zhao Ziyang, there were indications that China may be willing to an LAC plus solution, whereby the status quo in the Eastern Sector would be maintained, while China would make some, admittedly undefined, territorial concessions in the Western Sector.  This was the bait held out to enable a historic visit to China by Smt. Indira Gandhi, the then Indian Prime Minister and since 1983, Chairman of the Non-Aligned Movement.  However, this initiative was not followed through on the Indian side, even though it represented, until then, the best option .

In 1985, the Chinese side re-interpreted the package proposal to convey that in order to arrive at a solution, the Indian side would have to make significant and meaningful concessions in the Eastern Sector, the largest area in dispute, for which China would make corresponding but undefined concessions in the Western Sector.  In addition, for the first time, an explicit demand was made for the “restitution” of Tawang as indispensable to any boundary settlement.  The Chinese had moved the goal posts and hardened their position, making it even less likely that a settlement could be found. This may have been due to a growing power asymmetry between the two countries thanks to Chinese economic reforms and support of the West. It may  also have been due to the declining strategic importance of the Aksai Chin road since, in the meantime, the Chinese had progressed considerably in building up their transport infrastructure to and within Tibet. It was, therefore, no longer as important as before to make a concession in the East to secure Chinese interests in the West.  To date, this post 1985 Chinese posture has remained unchanged.

In these circumstances, what “out of the box” solution is possible?

The question, therefore, is not so much whether a border deal is possible, but on what terms? One possibility could be a Chinese offer to convert the Line of Actual Control into an agreed boundary, with some minor adjustments.  This would essentially conform to Deng Xiaoping’s “package proposal”, but this had not been found politically acceptable to India, in the 1980s.  In the changed circumstances prevailing today, would this now be acceptable?    I still believe that only an LAC plus solution would work politically for India, even if the “plus” was a limited concession. Furthermore, on the Chinese side, would it be possible to drop the demand for Tawang, having taken a public posture on its restitution?  For India, it would be politically unacceptable to give up Tawang.

Putting aside the Tawang question

One possibility is an informal suggestion made already in the past to the Chinese side: the two sides set aside the issue of sovereignty over Tawang for the time being, but the Indian side allow free movement of Tibetan pilgrims to the monastery town.  In return, China could extend the same facility to Indian pilgrims going to Kailash –Mansarovar.  The Chinese side had not responded to this suggestion, but it is worth exploring even as a Confidence Building Measure.

Taking into account current political sensitivities on both sides, it appears difficult to envisage an “out of the box” solution, which would still remain within the bounds of political acceptability on either side.  Historically, the boundary dispute was intimately linked with the Tibetan issue, and the latter remains a looming shadow over the bilateral relationship.  The boundary issue would be much easier to resolve if the process of reconciliation between the Dalai Lama and the Chinese authorities got seriously under way as seemed likely when Xi Jinping took over the reins of leadership a couple of years ago.  The hardline posture on Tibet is back and the recent White Paper on Tibet released by Chinese authorities is ample evidence of this.

There is also the influence of Chinese and Indian perceptions of the regional and global geopolitical situation and likely trends in the foreseeable future.  Do the two sides have strong enough incentives to seek a compromise on the border and are these incentives aligned? It would appear that despite significant convergence on some issues, the relationship is and likely to remain essentially adversarial for reasons that go beyond the boundary dispute.  China’s relations with Pakistan is a case in point.

To sum up, the spectrum within which a boundary settlement could realistically be sought is an LAC-plus solution at one end and a Package Proposal, without Tawang on the other.  If the ‘plus’ on the Indian side could be made a limited Chinese territorial concession, while China could settle, for the time being, for only free access to Tawang for its pilgrims, then there could be a meeting ground somewhere in the middle of the spectrum.

It would seem more realistic that the two sides will settle for more Confidence Building Measures to maintain peace and tranquility on the Sino-Indian border. The clarification of the LAC which the Chinese have so far resisted, after having agreed to do so earlier, could be a starting point. Not quite out of the box but perhaps a step towards an eventual deal.

Shyam Saran is a former Foreign Secretary. He is currently Chairman, RIS, and Senior Fellow, CPR.