“We manage to find the worst of all possible outcomes, snatching defeat from the jaws of victory,” said a former Indian diplomat. 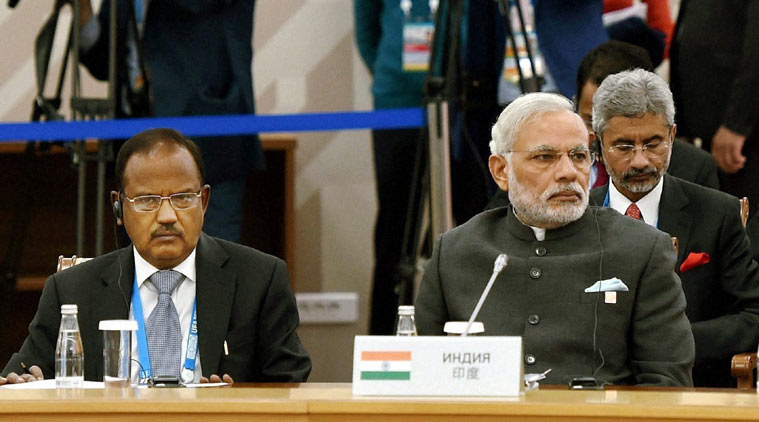 New Delhi: A single sentence in an email to Uighur activist Dolkun Isa marked the end of the road for the Narendra Modi government’s firm ‘message’ to China that its action of vetoing UN action against Masood Azhar of the Jaish-e-Mohammed would not be without consequences.

On Sunday evening, Isa opened his email inbox and read, “This visa which is valid from 6 April to 7 may, a period of one month of visa number ******* has been cancelled”.

“I am very disappointed,” the 49-year-old Uighur activist, who was at the centre of an India-China tug-of-war for a couple of days, told The Wire on the phone from Berlin. “There was no further explanation about why my visa was cancelled”.

“I believe that India is a democracy, which has freedom of expression and freedom of movement. India as the biggest democracy in the world should recognise its responsibility to talk about democracy in other places,” he added.

A German citizen, Isa had applied for a visa on April 4 through the e-visa online application system. He got an acceptance within 24 hours. It was only after news of the Indian decision to give a visa to the Uighur activist – a man Chinese government considers a “terrorist” – broke that there was a sudden rush of opinion on how this was a ‘master stroke’ by Prime Minister Modi. For two days a celebratory hashtag trended on Twitter – “#ModiSlapsChina” – with government supporters terming this as India’s tit-for-tat move against China for its refusal to allow the UN to put Masood Azhar on a terrorism sanctions list.

Whatever grand strategy drove the visa move, however, by the weekend it was clear that the Modi government was having second thoughts about it. On the Munich-based World Uyghur Congress’ website, Dolkun Isa issued a lengthy statement after the cancellation expressing his disappointment with India.  Repeating what he had told The Wire on Saturday, he denied there was any equivalence between himself and Masood Azhar. “Such an unjustifiable comparison seeks only to delegitimise my decades of impassioned work as a strictly non-violent campaigner for Uighur rights,” he wrote.

Isa was supposed to travel to India to attend a conference in Dharmashala on democracy in China on April 28. The Himachal town is the seat of the Tibetan spiritual leader, the Dalai Lama. The conference is being organised by a Washington-based NGO, Initiatives for China, which is run by Yang Jianli, Harvard mathematician and a prominent Chinese pro-democracy leader.

When The Wire contacted Yang, he said that he was already in India. However, the sudden scrutiny of his conference, both from the Indian government and world media, seems to have turned the event into a closed-door affair. “We are in the midst of changing our plans. It is no longer open to the media. We will not hold any formal discussions,” Yang told The Wire. He added in a worried tone, “I really don’t want to speak about it much right now. This is not the right time”.

While the MEA had earlier said on Friday that the government was trying to “ascertain” the facts about Isa’s case, there was no official statement about him from the government – even after Isa asserted that his visa had been cancelled.

Home ministry sources said that Dolkun Isa’s visa was withdrawn only after it was clear that there was an Interpol red corner notice against him. North Block officials claimed the red corner notice database was kept separate from the visa catalogue, which had led to his application falling between the cracks. However, sources familiar with the process of verification said applicant names are cross-checked against all national and international databases before a visa authorisation is issued.

Minister of State for Home Affairs Kiren Rijiju later told reporters that the visa was cancelled to protect Isa from being arrested on arrival in India for violating visa provisions. “He [Isa] had given wrong information on why he wanted to visit India. The e-visa application said he wanted to come as a tourist though he was coming here to attend a conference and that is why we had to cancel his visa,” he said.

Isa admitted that since he had applied for an e-visa, there was no option to mention the exact purpose of his visit, except to pick a choice from the drop down box.

“I later came to know that there is a separate conference visa. Maybe, if I get an invitation again, I will apply for conference visa and visit India in the future,” he told The Wire.

On the other side of Raisina Hill, there was consternation that the home ministry had acted “unilaterally” to give the visa, as well as, to cancel it, without consulting the foreign ministry. But former MEA officials whom The Wire consulted said it was highly unlikely that the MHA would have acted on its own.

A former senior Indian diplomat, who has dealt with China both in Beijing and New Delhi, was appalled at the cancellation of Dolkun Isa’s visa. “We manage to find the worst of all possible outcomes, snatching defeat from the jaws of victory,” he said.

Similar sentiments were expressed by former Indian foreign secretary Kanwal Sibal, who was skeptical that the visa could have been issued by accident and felt  that the government must have come under strong pressure from China to withdraw permission for his visit to India.

“I am sorry to say that it has been cancelled. The rethink must have happened after a démarche at a high level,” he said, adding, “We have lost further ground”.

The irony is that India supposedly issued the Uighur separatist a visa to add punch to its own demand that Beijing act against Masood Azhar; now that the visa has been canceled, India’s démarche to China is as good as binned.

Anticipating this turn of events, the former national security adviser Shivshankar Menon had warned that if Isa is refused entry or does not come to India for some reason, the “message” the Chinese side receives may well be the opposite of what the government intends. “Of course [they would]”, Menon had said when asked by The Wire whether the Chinese would conclude that India lacks the capacity or willingness to use the cards it has.

Sibal said that Isa’s visit could have been prevented in such a way that it didn’t seems that India had stepped back, that too under pressure. “I believe that he (Dolkun Isa) had already been worried about coming to India due to his personal safety. Why didn’t we get someone to speak to him privately so that he himself decided to not to travel to India. In that case, our message to China would have remained intact,” he suggested.

Another former Indian diplomat, Rajiv Dogra was also appalled by the latest turn of events. “Accidents don’t happen in sensitive matters, especially in a relationship so important. There is no record of such a thing happening since independence,” he said.

“To say we did not know that he wasn’t the flavour of the month with the Chinese stretches credulity,” said Dogra, a 1974-batch Indian Foreign Service officer.

Just six days before Dolkun got his Indian visa, China was berating a US-based group for giving a human rights award to the Uighur activist. Incidentally, the World Uyghur Congress carries a small map of Asia which shows the whole of Jammu and Kashmir as a part of Pakistan.

With the visa having been given on April 6, Dogra pointed out that with a gap of almost 20 days, it was clear that “more than person in the government hierarchy would have known about it”.

However, he said that the question of whether India should have deliberately needled China by giving a visa to a known Uighur activist in retaliation for Masood Azhar is a “complicated one and is separate”.

“China has been trying to stir up trouble in our north east periodically. There are no signs that they back off under pressure… I don’t think we had done anything wrong (in giving a visa to the Uighur activist),” he said.

But, once India had taken stock that the visa had been issued, withdrawal was a self-goal. “Moreover, having drawn a red line, should we have succumbed and erased it? Will the world have faith in our resolve?” he asked.

Former Indian high commissioner to Pakistan, G Parthasarthy, an acerbic commentator known for his strongly-held positions, was willing to give the government the benefit of doubt about its explanation that the red corner notice database was not integrated. “There could have been a system failure,” he said. “I am holding judgment till I hear what the government will say in parliament, because I am sure that the opposition will bring it up”.