New Chinese Land Border Law Should Not Be Pretext for Action at LAC: India to China

The new Chinese law has provisions to reorganise districts in the border areas, and also refers to the principles governing water resources of cross-border rivers. 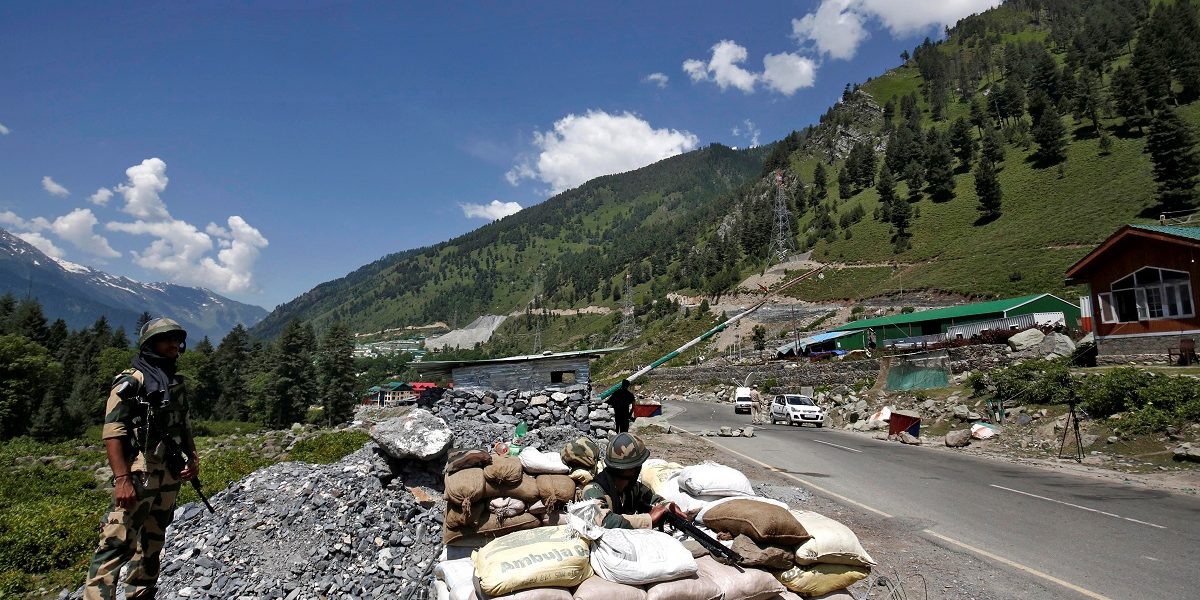 New Delhi: India has described China’s “unilateral” enactment of a land boundary legislation as a matter of “concern” and hoped that Beijing would not undertake any action at the Line of Actual Control (LAC) under the “pretext of this law”.

On October 23, the standing committee of China’s National People’s Congress adopted the first national law that stipulates that the state must take measures to “resolutely safeguard territorial integrity” and “combat any acts” that undermine land boundaries. It comes into force from January 1, 2022.

China shares a 22,117 kilometres-long boundary with 14 countries. However, it has resolved boundary disputes with all of them, except for India and Bhutan.

The legislation was approved against the backdrop of the ongoing stand-off between India and China at the LAC in eastern Ladakh that began over one and half years ago. In June 2020, over a dozen Indian and Chinese soldiers died in a violent hand-to-hand clash in Galwan valley, the first casualties at the border in over four decades.

Also read: Behind the Modi Government’s Doublespeak on Ladakh, a Refusal To Acknowledge Reality

Four days after the Chinese law was passed, India’s first response to the land boundary law began by noting that the legislation states that China “abides by treaties concluded with or jointly acceded to by foreign countries on land boundary affairs”. It also has provisions to reorganise districts in the border areas.

The statement, released by MEA spokesperson Arindam Bagchi, pointed that India and China have not yet resolved their boundary dispute. “Both sides have agreed to seek a fair, reasonable and mutually acceptable resolution to the ‘boundary question’ through consultations on an equal footing. We have also concluded several bilateral agreements, protocols and arrangements to maintain peace and tranquility along the LAC in India-China border areas in the interim.”

Directly referring to the law, he stated, “In this regard, China’s unilateral decision to bring about a legislation which can have implications on our existing bilateral arrangements on border management as well as on the boundary question is of concern to us.”

He asserted that the Chinese law would not impact the process to find a resolution to the boundary dispute or to ensure a peaceful border. “Such unilateral move will have no bearing on the arrangements that both sides have already reached earlier, whether it is on the ‘boundary question’ or for maintaining peace and tranquility along the LAC in India-China border areas.”

India also noted that provisions of the law, which stipulate protection of territorial sovereignty”, should not be used to further encroach beyond China’s traditional claim lines and attempt the ground reality. “We also expect that China will avoid undertaking action under the pretext of this law which could unilaterally alter the situation in the India-China border areas.”

Bagchi also added that that passage of the law “does not in our view confer any legitimacy to the so-called China-Pakistan “Boundary Agreement” of 1963 which the Government of India has consistently maintained is an illegal and invalid agreement”. Under the 1963 pact, Pakistan had ‘seceded’ Aksai Chin to China.

According to Chinese experts quoted on Chinese state media, the new law will plug the “legal gap” at the national level dealing with border issues.

The deputy dean of the School of Law under the Renmin University of China, Wang Xu, told the Global Times that the law would serve as a legal guideline for China in “coping with all possible land border disputes, including the current specific territorial conflicts at China-India borders”.

“It provides an abundant legal foundation for China in dealing with border disputes with involved neighbours,” Wang told the state-run Chinese tabloid.

According to the Global Times, the law spells out the responsibilities related to border management, delineation and survey of borders, frontiers’ defence, and international cooperation in the leadership system.

Stating that all citizens and organisations should support border control, the law has provisions that no one can build drones or permanent structures near the land border without approval from the appropriate Chinese authorities. “It stipulates that weapons can be used against those who illegally cross borders to commit physical assault, resist arrest or engage in other violent activities.”

“China upholds its legitimate rights and interests on the transboundary rivers, such as the Yarlung Zangbo River and Lancang-Mekong River, and is willing to collaborate in water resources utilisation in these basins with involved South and Southeast Asian countries,” Qian Feng, director of the research department at the National Strategy Institute at Tsinghua University told the tabloid.

The Yarlung Zangbo River is known as the mighty Brahmaputra in India and Bangladesh, where there have been rising concerns about Chinese upstream hydropower projects.

Besides India, China has an ongoing boundary dispute with Bhutan, which has seen 24 rounds of talks since 1984.

Earlier this month, Bhutan and China announced that they had signed a new “three-step roadmap” for expediting talks to demarcate their 470 km-long disputed land boundary. This agreement came after years of Chinese encroachment on Bhutan’s borders, which had raised concern in Thimpu. India and China had also been in a military stand-off at Bhutan’s Doklam region for 73 days in 2017 over the construction of a road by Chinese troops.