Oli seems to have built a good rapport with both Modi and Xi, and he believes he can use the current bonhomie between these two giants to Nepal's benefit. But it’s a gamble. 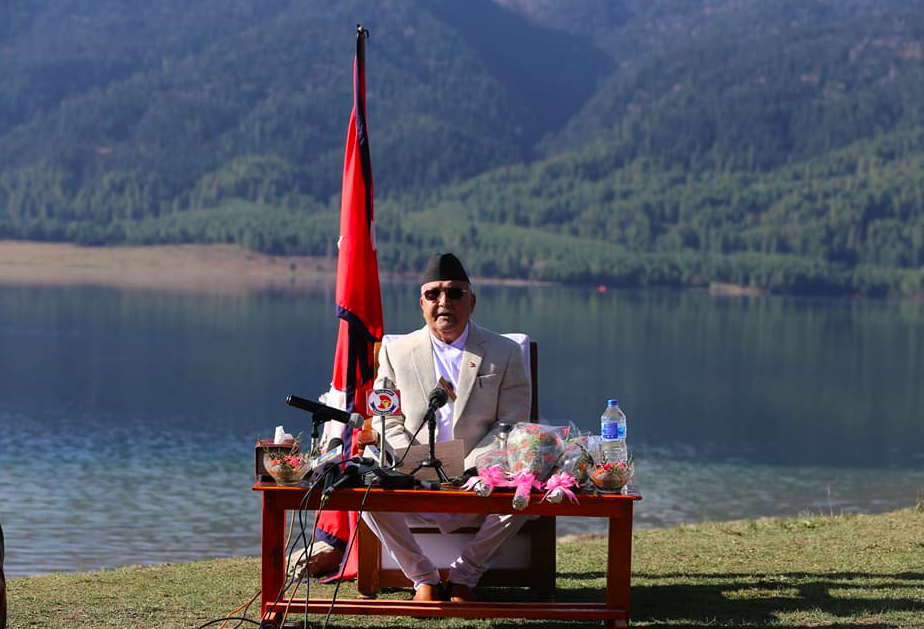 Kathmandu: The financial viability of new transit routes that China has just offered to Nepal is a secondary issue for many in the Nepali federal capital. After allowing Nepal direct land access to four of its ports – Tianjin, Shenzhen, Lianyungang and Zhanjiang – as well as to three dry ports – Lanzhou, Lhasa and Xigatse – China is instead being credited once and for all ending the state of Nepal’s complete dependence on India for third-country trade. China has also agreed to let Nepali vehicles into its territories to ferry goods to and fro from these ports. On the face of it, this is a monumental coup for Nepal.

That is not all. Nepal and China have agreed on the technical details of a railway line connecting Kathmandu with Kerung on the border with Tibet. China has already publicised plans to extend the Lhasa-Xigatse railway to Kerung by 2020. (Not to be left behind, India has floated similar plans to connect Kathmandu with Indian railways.) Prime Minister K.P. Sharma Oli says it’s all part of a plan to develop Nepal into a ‘vibrant economic bridge’ between India and China. Again, one of the unstated goals of this plan is to end the state of Nepal’s complete economic dependence on India.

The consequences of such overreliance on India for trade was painfully brought home to most Nepalis during the 2015-16 border blockade, when India stopped the movement of cargo trucks bound for Nepal. Since Nepal does nearly 90% of its trade with India, it meant that the country’s economy came to a virtual standstill for five months. Shops were short of essential medicines and daily edibles. Only if Nepal had serviceable land access to China, the common sentiment at the time went, India would not have been able to so blatantly blackmail landlocked Nepal.

This is why Nepalis were enthused when Prime Minister Oli signed the landmark Trade and Transit Agreement with China, not long after the end of the blockade in February 2016. The northern neighbour had for the very first time agreed to give Nepal a direct access to its ports for third-country trade. But the agreement had been in limbo for most of the past two years until it was suddenly revived earlier this month. The two countries have now agreed on a protocol to make the 2016 trade and transit agreement functional. 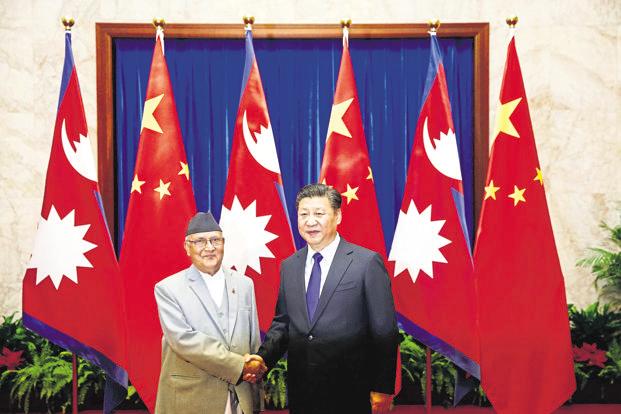 The logistics of trade between China and Nepal is secondary for the moment; what is important for Nepalis is the hope that it will ease Nepal’s heavy dependence on India for trade. Credit: Reuters

It remains to be seen how transit via China will be made financially viable. The nearest Chinese port is nearly 2,600 km from the Nepali border while Kolkata, heretofore Nepal’s chief conduit to third countries, is just 627 km away. But observers here believe the use of Chinese ports could still prove useful since Nepal has traditionally faced multiple logistical hurdles and delays while trading via Kolkata. Cargo-handling at Kolkata is also thought of as slower compared to some Chinese ports now available to Nepal.

But again, the main issue, at least for now, is not financial viability. Even when the finalised protocol is signed – most likely during Chinese President Xi Jinping’s planned Nepal visit in 2019 – and Chinese territories are opened for Nepali traders, not many may choose to trade via these new routes. Yet just the fact that Nepal will now have an option to trade via another country besides India, the ‘big brother’ next door that has already imposed crippling blockade on Nepal on three separate occasions, is being seen meaningfully.

There have been other irritants in Nepal-India ties recently. Indian Prime Minister Narendra Modi seems reluctant to receive the joint final report of the Eminent Persons Groups (EPGs) formed to suggest revisions in old Indo-Nepal treaties. (Among the suggested changes is ‘smart regulation’ of the open border between the two countries.) This in turn has fuelled speculations in Kathmandu that India is not yet ready to amend the 1950 Treaty of Peace and Friendship, which has long been derided as ‘unequal’ by Nepalis. 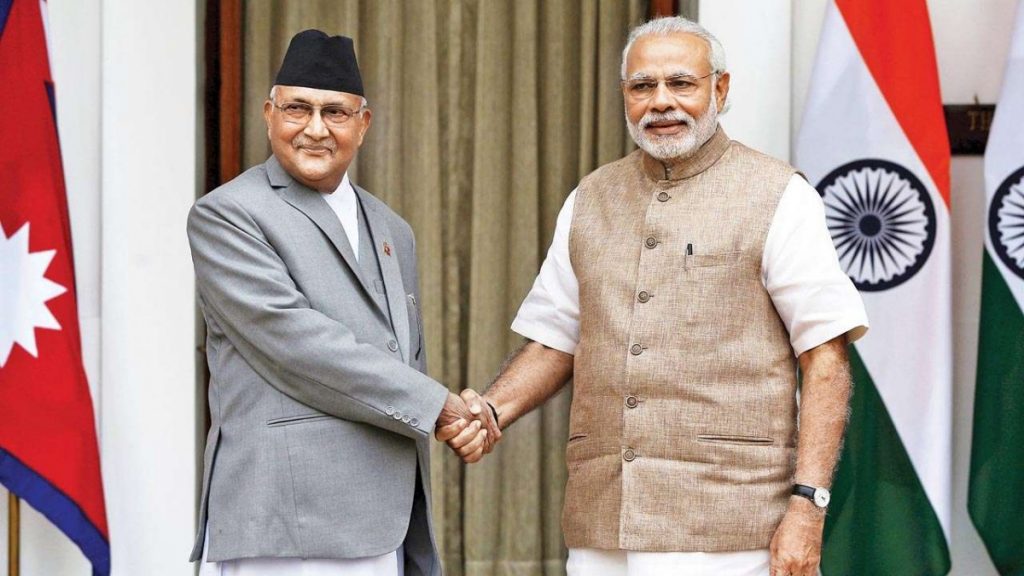 Although the rapport between PM Oli and PM Modi has improved of late, the Nepalese are in no mood to forget the 2015 trade blockade that made their lives difficult. Credit: Reuters

Then Nepal had to pull out of the BIMSTEC military drills in Pune. Prime Minister Oli could not justify to his countrymen Nepal’s participation in such an exercise under the multilateral forum purportedly formed to enhance economic and technical cooperation. While Nepal pulled out of the military drills in India, it is nonetheless participating in a similar exercise in China this month. Even though the China drills were part of a routine exercise, India is reportedly not too pleased.

There is also an interesting corollary to this Sino-India geopolitical competition in Nepal. India and China are now seen as cooperating rather than competing after the Modi-Xi Wuhan summit. There is thus also a feeling here that India and China will not be averse to the idea of trilateral cooperation with Nepal, an idea China has long supported but India has always opposed. In this connection, Prime Minister Oli would have Nepalis believe that the connectivity projects with India and China are complementary.

Indeed, Oli seems to have built a good rapport with both Prime Minister Modi and President Xi, and he believes he can use the current bonhomie between these two giants to Nepal’s benefit. But it’s a gamble.

Nowhere in South Asia have India and China cooperated for the benefit of a third country, and however close Indo-China relations, it would be naïve to think they will work together in Nepal’s interest. In fact, there have been instances where India and China have completely bypassed Nepal, for instance when they agreed in 2015 to increase trade via Lipulekh, a tri-junction between Nepal, India and China – without consulting Nepal.

Reducing Nepal’s traditional reliance on India ipso facto entails greater connectivity and cooperation with China, which will in turn make New Delhi increasingly nervous. As Prime Minister Modi stands accused in India of treating Nepal with ‘kid gloves’ even as it ‘cosies up’ to China, New Delhi will be under increasing pressure to take a more stern approach to Kathmandu.

Oli will have to play an extremely deft hand as he seeks greater cooperation with both India and China, one, to see his ‘economic bridge’ idea come to life and two, to serve out his five-year term by continuing to sell the supposed benefits of such trilateral cooperation to his electorate.

Biswas Baral is a Kathmandu-based journalist who writes on geopolitics. He tweets @biswasktm.