'Modi Has Assured Dhaka There Won't Be Deportation Following NRC'

Dhaka: Prime Minister Narendra Modi has assured his Bangladeshi counterpart that there will be no deportation from India as a result of the exercise to weed out illegal immigrants while drawing up the National Register for Citizens in the northeastern state of Assam, Sheikh Hasina’s top aide said on Thursday.

As per the Supreme court-mandated exercise, residents have to prove that they had entered Assam prior to midnight of March 24, 1971, which marks the start of the military operation by the Pakistani army in then East Pakistan to suppress the Bangladesh liberation movement. This cut-off date was agreed upon in the 1985 Assam Accord signed by the Rajiv Gandhi government and All Assam Students Union.

The final draft of the NRC published on July 31 left out 40 lakh people. The process of filing of claims and objections began on September 28 and will continue till November 23.

The Assam NRC exercise had led to some unease in Bangladesh, especially with elections due in the next few months. When the party leader of a member of Bangladesh’s ruling alliance was in Delhi, he noted candidly that “there is a lot of anxiety about it in Bangladesh”.

Earlier in August, India’s Ministry of External Affairs spokesperson Raveesh Kumar had said that India had been “in very close touch” with the Bangladesh government and assured that it was “still a draft list”.

Speaking to a group of journalists at the Prime Minister’s office in the Bangladeshi capital on Thursday, long-time political advisor to Prime Minister Sheikh Hasina, H.T. Imam said that Indian high commissioner had “reassured me, my colleagues and the government that there will be no deportation from India to Bangladesh”. He appended that this assurance was also reiterated from India’s top leadership. 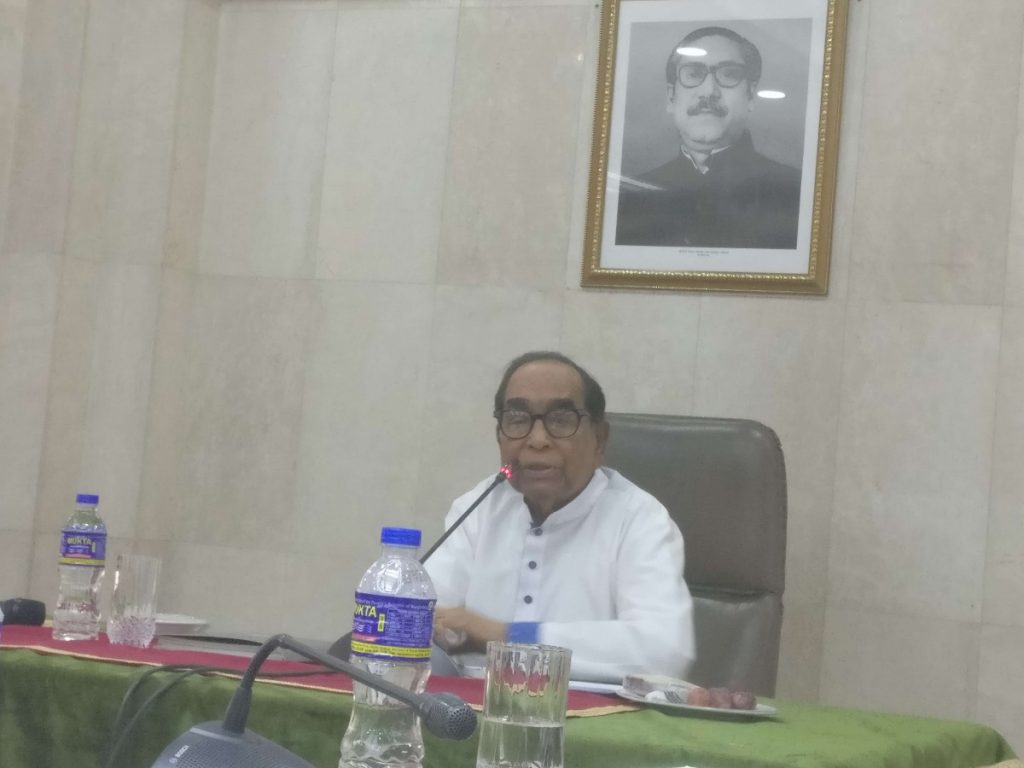 “Most importantly, Prime Minister Modi himself has assured our prime minister that no such thing take place at least in the near future,” Imam said. He added that Modi committed that “if at all there is any movement, that will be done in consultation”.

However, Imam demurred when asked when Modi had given this personal assurance to Sheikh Hasina. “I can’t point out the date and time when he said this. But, we have been assured (of no deportation),” he said.

Sheikh Hasina had also stated that she had got this personal reassurance from Narendra Modi in an interview with Voice of America in New York last month. “He told me that they have no plan to send them [illegal migrants] back,” she said.

Also read: Why the NRC of 1951 Is Being Updated as per the Assam Accord

Similar to previous statements from the Bangladesh government, Imam added that he did not want to comment on the process per se, as this was an internal matter of the Indian government.

“We are not a party to it. So, I will not comment on the developments,” said 79-year-old Imam, who had been independent Bangladesh’s first cabinet secretary.

Nevertheless, using a historical analogy, Imam conveyed a sense of disquiet about the developments in Assam.

He noted that there had been massive exchange of people during the 1947 Partition of the Indian subcontinent, which had led to millions being displaced and killed in devastating riots.

“On the eastern side, there were people moving from then East Pakistan to West Bengal, Assam and other states… Would you now expel them? The best brains in West Bengal have gone from here. Most of the politicians now you see in West Bengal, they have their roots here…This is a historical thing,” he said.

Imam also drew parallels to the campaign fought by a well-known Bangladeshi politician Malauna Abdul Hamid Khan, known as Maulana Bhasani, for the Bengali settlers in Assam in the 1930s.

The Maulana had fought an agitation against the law introduced by the pre-colonial Assam government to restrict Bengali settlement only till a certain geographical line.

“He fought for the people who were in India, who had gone many generations ago. This was essentially an economic problem,” Imam said. He claimed that Bengali settlers had been “more pioneering, hardworking” that led them to even do agriculture on infertile land.

“The problem faced by Maulana Bhasani in those states is now re-surfacing,” said Imam.

During recent speeches, president of India’s ruling party, Bharatiya Janata Party, Amit Shah had claimed that the government will “throw” out “illegal infiltrators” in India.

At a rally in Rajasthan in September, he also said that Bangladeshi migrants – whom he described as “termites” – would be removed from electoral rolls all over India.

The Bangladesh government’s official reaction to the term used by Amit Shah has been relatively muted, with Sheikh Hasina also mindful of not digging up any anti-Indian sentiment before the elections.

“I will only say that this is an inappropriate comment for a seasoned politician,” information minister Hasanul Haq Inu, who is leader of an alliance party, told The Wire on Thursday.

Imam was even more succinct. “In politics, there is a term called shadow-boxing,” he replied in answer to a question soliciting his views on the description for Bangladeshi migrants used by the Indian ruling party chief.

The Awami League-led government is perceived to have fostered excellent relations with India. This has meant that demonstrating the usefulness of having close ties with India is politically prudent for Sheikh Hasina, even though diplomatic observers point out that the opposition has not really indulged in much anti-Indian electoral rhetoric till now.

In September, the two prime ministers held two video-conferences within seven days to launch the construction of an oil pipeline, inaugurate supply of 500 MW of power and work on several railway lines. Following these bilateral video-conferences, Hasina has done a series of meeting through video-conferences with local populace at the districts to re-emphasise the utility of the Indian-funded projects.