After Afghan government declined Russia's invitation for the regional consultations in Moscow, India was debating whether to downgrade its representation as the conference lost its 'Afghan-owned, Afghan-led' veneer. Afghan government rejected the Russian invitation describing its involvement at the Moscow meeting as “unnecessary”, as Taliban had “disrespected internationally-sanctioned principles and rejected the message of peace and direct negotiations”. Credit: Reuters

New Delhi: With Russian-led regional talks on Afghanistan now postponed, India will be heaving a sigh of relief that it won’t have to decide the level of representation at the meeting, that would have been attended by a delegation from Taliban.

When Russia first conveyed that the second round of the ‘Moscow-format’ meeting will be held on September 4, India had no hesitation in accepting the invitation.

This was despite the Russians announcing that the Taliban’s political office in Doha was also extended an invitation to the same meeting. It would have been the Taliban’s biggest ever diplomatic foray, with about a dozen countries invited by Russia.

More significantly for New Delhi, it would have effectively meant that, for the first time, India could be taking part in a multilateral conference alongside an Afghan Taliban representative.

Despite Taliban’s presence, India had no initial qualms in confirming participation since Russia had announced that Afghanistan would be co-chairing the September 4 meeting.

For India, Afghan government’s co-chairmanship would accord the veneer of an “Afghan-led, Afghan-owned” initiative to the ‘Moscow-format’ talks. New Delhi’s long-standing position has been that any reconciliation outreach has to be directed by the Afghan government.

The US was the first to decline Russia’s invitation. This was not a surprise as Washington had refused to attend the first round in 2017 and had not been invited to other iterations of Russia-led regional meetings on Afghanistan over the last two years.

The Russian foreign ministry retorted that American justification that it only takes part in Afghan-led initiatives wasn’t applicable “since Washington knows all too well that the Moscow meeting is to be co-chaired by Russia and Afghanistan”. US was the first to decline Russia’s invitation. Credit: Reuters

After US, Afghanistan drops out

A day later, on August 23, the Afghan government rejected the Russian invitation describing its involvement at the Moscow meeting as “unnecessary”, as the Taliban had “disrespected internationally-sanctioned principles and rejected the message of peace and direct negotiations”.

The Taliban had, meanwhile, already confirmed participation in the Moscow talks. “Kabul and US refusal to attend the Moscow meeting has no importance to us. We will attend,” Taliban spokesman Zabihullah Mujahid told Associated Press.

The Afghan government insisted that President Ashraf Ghani’s offer for talks “without any preconditions” to the Taliban at the second Kabul Process meeting on February 28 was the basis for direct talks. Indian foreign secretary Vijay Gokhale participated in the Kabul Process and India welcomed Ghani’s offer, with the caveat that there should be no letting up of the pursuit against those who perpetuate violence and provide sanctuaries.

Taliban has not directly respond to Ghani’s peace proposal, but reiterated the demand for withdrawal of US troops from Afghanistan and derided the Kabul Process as an insidious path to seek its “surrender”. 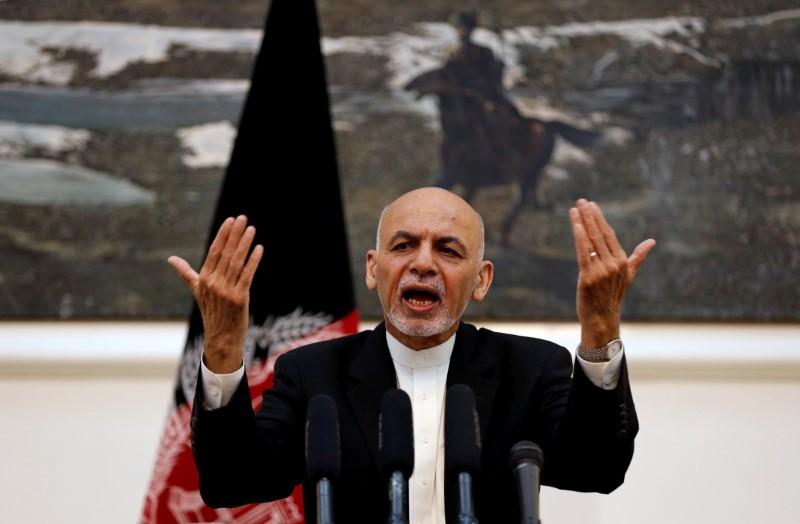 Last week, the Islamist insurgent group had rejected a proposal for a three-month ceasefire. They had earlier observed a three-day ceasefire declared by Afghan government over Eid-ul-Fitr holidays in June.

Afghan foreign ministry’s director general for policy and strategy M. Ashraf Haidari, who took part in the first Moscow-format meeting last year, said that peace proposal from President Ghani made Taliban’s presence at a multilateral meeting, without any direct talks with Kabul, infructuous. “There is no need for Taliban to sit with other countries,” he told The Wire.

With no Afghan government presence at the Moscow conference, New Delhi was faced with the dilemma of deciding the level of participation at the conference.

A Taliban official sitting next to Central Asian and regional countries, in the absence of the ‘legitimate’ Afghan government, would certainly not be a comfortable scenario for Indian officials.

Withdrawing from the meeting was not an option for India, especially due to New Delhi’s close relations with Russia and participation in previous rounds of regional consultations.

Incidentally, Gokhale held talks with Russian interlocutors in Moscow on August 24. A Russian foreign ministry readout of the bilateral talks does not mention if Afghanistan was discussed. However, if “topics of mutual interest on the international agenda” were on the table, then Afghanistan would certainly fit the bill.

Last year, in April, India was represented at the Moscow meeting by Deepak Mittal, the head of the external affairs ministry’s Afghanistan-Pakistan-Iran division.

The delay in New Delhi making up its mind on whether to have a similar-level representation at the September 4 meeting was due to an understanding that the Afghan foreign ministry’s refusal may not be the final word yet.

Sources told The Wire that the situation is still fluid, with the Russians making strenuous efforts to convince the Afghan government to attend the Moscow meeting.

Russia has not officially responded to Afghan government’s statement, unlike its quick public riposte to the US.

But if Kabul did not change its mind and only Taliban were at the table, India may consider a representation from the Indian embassy in Moscow, rather than a senior official flying in from Delhi.

When asked whether Afghanistan could still go to Moscow, Haidari stated that there was no change in Kabul’s position so far.

Disagreement with Russia on Afghanistan

In the end, Russia had to postpone its pet initiative, after a phone conversation between Russian foreign ministry Sergei Lavrov with the Afghan President. “Future talks would be planned with Kabul’s participation, officials have confirmed,” posted Afghanistan’s Tolo News.

India and Russia have not been on the same page on Afghanistan for the last few years.

The key difference of opinion has been Moscow’s pre-occupation with the “rise” of the ISIS in Afghanistan, that is dictating a dalliance with Pakistan.

Russia believes that the ISIS in Afghanistan is an American project aimed at keeping Moscow tethered in fire-fighting in an unstable Central Asia.

Top US military officials have accused Moscow of providing arms to Taliban, which Russia has denied. Instead, Russia’s special envoy to Afghanistan, Zamir Kabulov has alluded to mysterious choppers with no markings hovering over the Afghan airspace. India and Russia have not been on the same page on Afghanistan for the last few years. Credit: Reuters

As part of Russia’s warming of ties with Pakistan, both countries recently signed a military pact on training of army officers. In response, MEA spokesperson Raveesh Kumar stated that India’s relation with Russia is based “on trust and respect for each other’s core interests and sensitivities”.

He also said the informal summit in Sochi had deepened the relationship. MEA’s press note of the May 21 meeting had said that both countries “agreed to work together towards achieving this objective” of restoring peace and stability in Afghanistan.

As per the latest quarterly report of the US congressional watchdog SIGAR, insurgents hold control or influence around 19%of Afghanistan’s territory, which accounts for about 12% of the population.

The first six months of 2018 saw 5,122 civilian casualties, which according to UN was the highest-ever record for the same period in last ten years. More than half of the civilian casualties were attributed to attacks claimed by the ISIS. Afghan officials have claimed that ISIS leader in Afghanistan, Abu Saad Erhabi, was killed on Saturday in a joint operation with US-led coalition forces in the eastern province of Nangarhar, closer to the border with Pakistan.

The article was updated  at 8:20 PM on Monday to reflect the fact that the September 4 ‘Moscow format’ consultations on Afghanistan has been postponed