Modi Woos Trump on Trade With Carrots on Iran, 5G

India and the US have also agreed for an early meeting of commerce minsters to thrash out thorny bilateral issues.

Trump and Modi at their bilateral meeting in Osaka, where the latter is supposed to have asked Trump to mediate in Kashmir. Photo: Twitter

New Delhi: While India and the US have agreed for an early meeting of commerce minsters to thrash out thorny bilateral issues, Prime Minister Narendra Modi pointed to compliance with sanctions against Iran and eagerness to collaborate on 5G technology applications as the new ‘leverage’ in smoothening out bilateral wrinkles with a trade-focussed Donald Trump.

Early on in Osaka before the formal start of the G20 summit, Modi began his day with a trilateral meeting with his host, Japanese prime minister Shinzo Abe, and President Trump. It was followed immediately by a India-US bilateral meeting, which went beyond the scheduled time.

Originally planned for just 30 minutes, the meeting stretched to three quarters of an hour, pushing back the informal BRICS summit.

Trump had already indicated the agenda by tweeting aggressively a day earlier that India’s recent tariff hike on select high-value US items was “unacceptable”.

I look forward to speaking with Prime Minister Modi about the fact that India, for years having put very high Tariffs against the United States, just recently increased the Tariffs even further. This is unacceptable and the Tariffs must be withdrawn!

The US President’s tone seemed less combative as he made his initial remarks to the media, before they began their closed-door meeting.

Trump congratulated Modi on his re-election but seemed to have been confused the voter turnout with the BJP’s vote share.

Also Read: How Will Modi Deal With His ‘Great Friend’ Trump as US Goes to Polls?

“That was a great election. 72%, as I understand it. And that, in the US, would be called a very big victory. And you deserve it,” he said.

While the final turnout of voters in Lok Sabha elections was over 67%, BJP’s vote share was around 37.4%.

Trump also expressed admiration for Modi bringing “factions together”. “I remember when you first took over, we were talking, and you had many factions and they were fighting with each other. And now they all get along. And you just – you’ve really brought it together, and I think it’s a fantastic tribute to you and your abilities”.

Earlier in his remarks, Modi had spelled out that he wanted to talk of four issues – Iran, 5G, bilateral relations, and defence relations.

His combative online attitude on trade was noticeably absent. “A big factor and a big relationship is that of India, and so we’re going to be discussing many things. All very positive. I think you will see and you will hear it’s all very positive. The relationship with India, as I said, has, I don’t believe, ever been better than it is right now,” said Trump.

At the end of talks, foreign secretary Vijay Gokhale said that the discussions on trade at the leadership level were to “clear the air” and not to go into the nitty-gritty of the issues.

“What was agreed that the trade ministers of both countries would meet at an early date and try to sort out these issues,” said Gokhale.

Also Read: Decisions on US-India Issues Will Not Be Taken by the Pompeos and the Jaishankars

He specifically noted that both US trade representative Robert Lighthizer and treasury secretary Steven Mnuchin had been in the room. “What we expect now is an early meeting… the level would still be decided, whether it will be at level of commerce and industry minister, USTR or first we will have technical meeting”.

Alluding to Trump’s tweet, Modi himself mentioned that India had “taken some action after GSP was revoked”. These hikes were in retaliation for the US’s tariff increase on steel and aluminium imports, but they had been delayed for over a year till Washington took the step of withdrawing the GSP benefits to India.

The Indian foreign secretary indicated that India was not planning to withdraw the tarrif hikes. “(PM Modi said) that was something that had already happened, and we should look forward and see how we can resolve these issues,” Gokhale told the media. Foreign secretary Vijay Gokhale said India was not planning to withdraw tariff hikes imposed on the US. Photo: PTI

When the discussions focussed on Iran, Modi himself noted that India had complied with US sanctions on purchase of Iranian crude, even at cost to the Indian economy.

In yet another apparent attempt to humour Trump, Modi also said that India had deployed warships to protect the Indian flagged vessels passing through the Straits of Hormuz. Gokhale recalled that this was “appreciated very much by the President Trump”, who had earlier lambasted China and Japan for not “protecting their own ships” in the crucial waterway that has been in focus during the latest round of US-Iran crisis.

Trump also hoped that “oil prices will remain stable” and outlined “what US was doing to maintain stability in gulf”, the Indian foreign secretary added.

For the first time, India told US in a high-level meeting between the top leadership that 5G technology could be an “exciting new area” for collaboration.

This proposal has, of course, been framed keeping in mind the Trump administration’s larger tussle with China to shape a new economic and strategic order, with the emerging 5G technology seen as a symptom of this rivalry.

The US has been pressuring its partners to stop buying technology from Huawei, arguing that the firm would allow the Chinese government to spy on foreign citizens. Washington has already banned Huawei from conducting any business with the federal government, but China has been insisting that this injunction had to be removed as part of any trade package.

Gokhale said that India’s role in 5G technology had to be taken seriously, due to its legion of potential users.

“The Prime Minister outlined that we are going to be a billion users of this technology and in that sense India is the second largest market in the world. The way India moves or whatever choices India makes will essential determine the way the global trend will go”.

With the lure of a billion users, Modi called for collaboration with US industry. 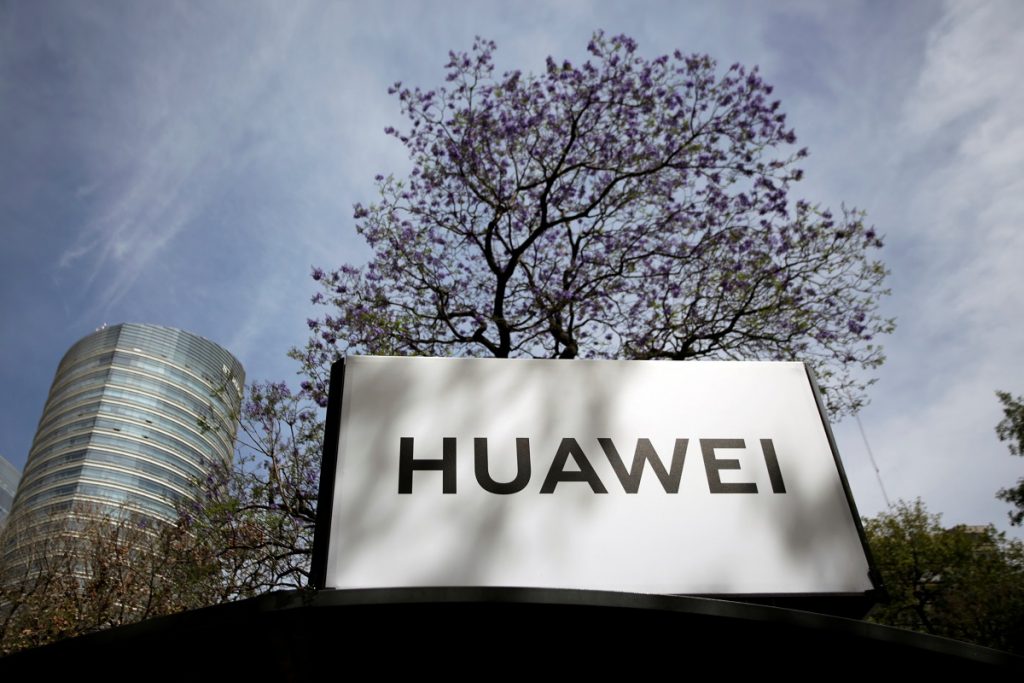 Washington has already banned Huawei from conducting any business with the federal government. Photo: REUTERS/Daniel Becerril

“India and US will have to see how to leverage this, the billion Indian users, India’s capacity in technology development in start-up and design and Silicon Valley and its role in developing 5G technology,” he said.

The US president also seems upbeat. “President Trump, in turn, welcomed this and his main idea was to say that the US has the capacity, it has the capability, it has the human resources, Silicon Valley is working on it, let me see how India and the US can work together in terms of business, not in terms of government, in terms of how business and industry can be put together,” stated Gokhale.

With the US keen on building an iron wall between competing American and Chinese industry on sensitive technologies, there is a question mark whether Indian government can do business with both Beijing and Washington on 5G technology.

In the run-up to the Osaka meeting, Indian sources had said that New Delhi will take into view security concerns as well as the “excitement” in Indian industry over 5G and its industrial applications. “We have to find our own balance… by looking at our security issues and pulse of domestic requirements. The more we talk to other countries, some of whom have dealt with this issue, the better is our assessment,” they said.

While defence had been one of the four topics listed for the meeting, Gokhale said that time constraints meant there was “very little discussion” on this topic.

The tight schedule also meant that there was no discussion on the US still holding out the threat of sanctions against India for purchase of the S-400 air defence missile system from Russia, he added.