'Not a Lot of Sympathetic Ears': Blinken, White House on India, China's Comments to Putin on War

'What you're hearing from China, from India, is reflective of concerns around the world about the effects of Russia's aggression..,' US Secretary of State Anthony Blinken said. 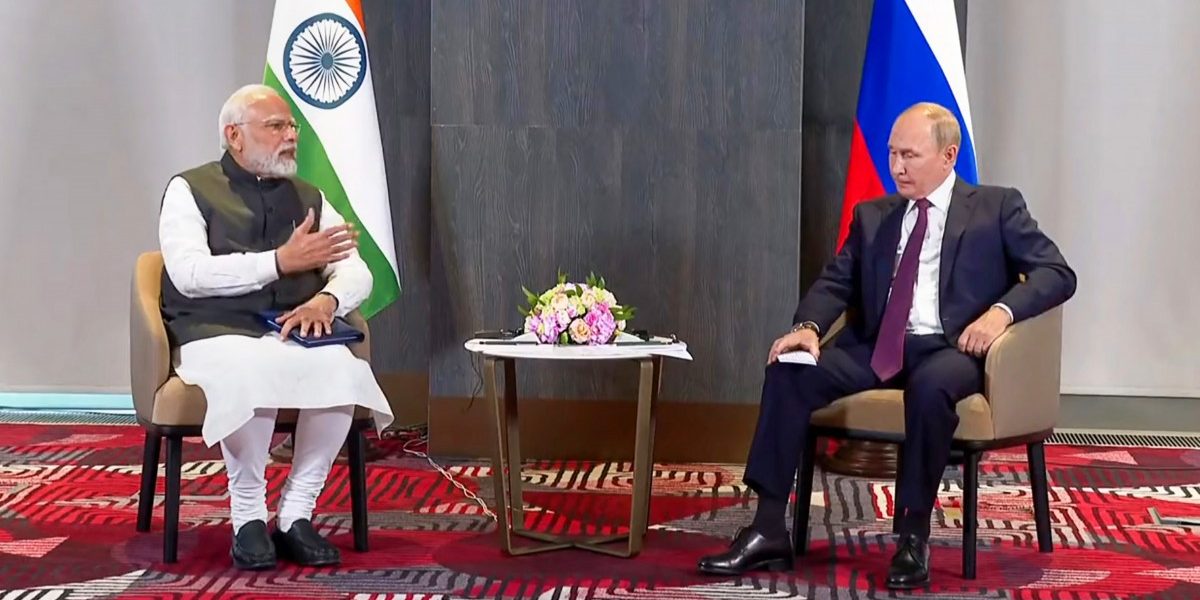 New Delhi: US Secretary of State Anthony Blinken and a White House spokesperson have commented on India raising its concerns about the war in Ukraine directly with Russian President Vladimir Putin.

While Blinken said that India and China expressing themselves directly to Putin reflected the world’s concerns on Russia’s aggression on Ukraine, John Kirby, Coordinator for Strategic Communications at the National Security Council in the White House, told reporters in answer to a question that it indicated that Putin does not have a “whole lot of sympathetic ears out there to what he’s been doing in Ukraine.”

“Today’s era is not an era of war, and I have spoken to you on the phone about this,” Prime Minister Narendra Modi told Putin during their meeting in Samarkand on the sidelines of the Shanghai Cooperation Organization summit.

“I know about your concerns. We want all of this to end as soon as possible,” Putin told Modi.

Modi’s line is being seen as a rare expression of rebuke from India towards Russia. Earlier, in the immediate aftermath of the war breaking out, US president Joe Biden had conveyed to Modi in a phone call that increasing the purchase of Russian oil would not be in India’s interest. US Deputy National Security Advisor Daleep Singh had earlier said that there would be “consequences” if India attempted to actively circumvent the sanctions against Russia.

“What you’re hearing from China, from India, is reflective of concerns around the world about the effects of Russia’s aggression on Ukraine not just on the people of Ukraine, devastating as that’s been, but on countries and people across the entire planet,” Blinken told reporters at a joint media availability with the Jordanian Foreign Minister Ayman Safadi.

He was responding to a question on leaders of China and India expressing their concern about the war in Ukraine directly to Vladimir Putin.

“Do you see this as a significant shift for Russia on the international stage?” he was asked.

Blinken said that the United Nations Charter should be front and centre. “The number one violator of the charter right now is Russia. So there are real concerns that, I think, are being heard from countries around the world about that, and, of course, all of the impacts that this is having, including, for example, on food insecurity,” he said.

“We’ve spent a lot of time and a lot of focus in recent months in trying to address the challenges to food security that have been exacerbated dramatically by Russia’s aggression. We already had COVID, we already had climate change that were having profound effects on food insecurity. Add to that conflict, we now have well over 200 million people who are severely food insecure,” Blinken said.

“This is something that leaders in countries around the world are feeling, because their people are feeling it. And so I think what you’re seeing is just a manifestation of the fact that this aggression has been an aggression against the interests of people across the planet, and I think it increases the pressure on Russia to end the aggression,” Blinken said.

On the same day when Blinken made his comments, reporters at the White House asked spokesperson John Kirby if he felt that alliances Putin had built were weakening.

“This was supposed to be a show of unity around Vladimir Putin, and the Indian Prime Minister just told him that it is not the time for a war in Ukraine. So is it your view that maybe the alliances that Putin was able to forge or to maintain around the war in Ukraine are, you know, weakening or crumbling?” a reporter asked.

“I think what you heard in Uzbekistan by both the leaders of China and in India are indicative of the fact that Mr. Putin doesn’t have a whole lot of sympathetic ears out there to what he’s been doing in Ukraine,” Kirby said.

“And do you expect other countries to change their stance publicly like India just did?” he was asked.

“He (Putin) is only further isolating himself from the international community. We don’t believe that now’s the time to be doing any business as usual with Russia with respect to what they’re doing in Ukraine,” Kirby said.

“Again, look at the imagery out of Izium. I don’t know how any world leader can look at that and determine that it’s okay to do business as usual in Russia. I think you’re starting to see even countries who were not vociferous and strident in opposing him are beginning to question what he’s doing in Ukraine, and rightly so, because it’s just brutal,” said the White House official.

“It’s absolutely depraved and brutal. And I think it’s becoming more and more obvious to the rest of the international community what Mr. Putin and his soldiers are capable of in the worst possible way,” Kirby said in response.

The Modi-Putin conversation in Samarkand was also widely reported by mainstream American media.

“Modi rebukes Putin over war in Ukraine,” The Washington Post reported in a headline. “In a stunning public rebuke, Modi told Putin: “Today’s era is not an era of war, and I have spoken to you on the phone about this,” the daily reported.

“The rare reproach showed the 69-year-old Russian strongman coming under extraordinary pressure from all sides,” the Post said.

“India’s Leader Tells Putin That Now Is Not an Era for War,” The New York Times said in its headline.

“The tone of the meeting was friendly, with both leaders referring to their long shared history. Before Mr. Modi made his comments, Mr. Putin said he understood India’s concerns about the war in Ukraine,” the daily said.

“Mr. Modi’s comments came a day after President Xi Jinping of China — in his first face-to-face meeting with Mr. Putin since the invasion began — struck a far more subdued tone than the Russian President, and steered clear in his public comments of any mention of Ukraine,” reported TheNew York Times.