Rashad Hussain had written that religious freedom “includes the ability to choose one’s religious attire”. India had earlier taken up cases of Sikhs and Hindus in the US, when were targeted in attacks. 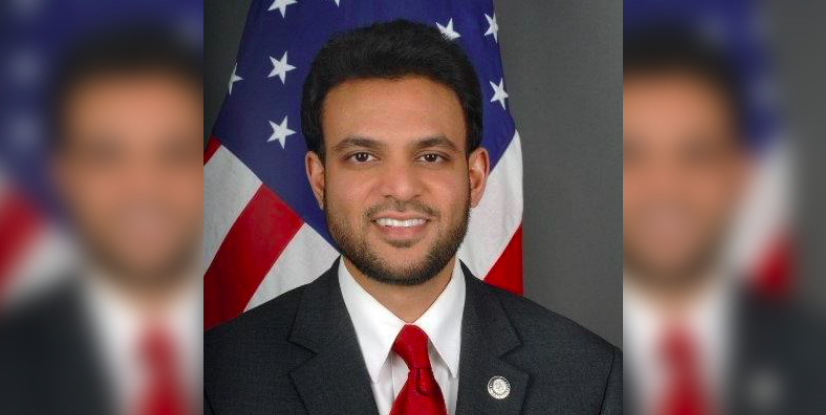 New Delhi: After the US’s ambassador at large for international religious freedom criticised the Karnataka government for not allowing Muslim women to choose their attire, India on Saturday, February 12, dismissed the tweet as “motivated comments”.

Religious freedom includes the ability to choose one's religious attire. The Indian state of Karnataka should not determine permissibility of religious clothing. Hijab bans in schools violate religious freedom and stigmatize and marginalize women and girls.

“The Indian state of Karnataka should not determine permissibility of religious clothing. Hijab bans in schools violate religious freedom and stigmatize and marginalize women and girls,” he posted.

Next morning, MEA spokesperson Arindam Bagchi responded that the matter of dress code “in some educational institutions” in Karnataka was under judicial examination by the Hon’ble High Court of Karnataka”.

In Karnataka, Muslim girl and woman students have been protesting against government college administrations’ decisions to bar them from classrooms for wearing the hijab. Rallies have also been taken out under the aegis of rightwing Hindu groups against the right to wear hijab.

Due to the volatile situation, the state government had even closed down educational institutions for three days.

Till the next hearing on Monday, February 14, the high court has allowed the opening of colleges, but ordered that no student should insist on wearing religious clothes.

Bagchi added that Indian courts and legal regime were the place to resolve these contentious issues. “Our constitutional framework and mechanisms, as well as our democratic ethos and polity, are the context in which issues are considered and resolved”.

He asserted that those “who know India well would have a proper appreciation of these realities”.

“Motivated comments on our internal issues are not welcome,” said the MEA spokesperson.

India has also previously dismissed critical remarks made in reports of US state department on religious freedom on the state of minorities.

The United States Commission on International Religious Freedom (USCIRF) had recommended for last two years that India should be designated under category of “countries of particular concern (CPCs)”, asserting that the south asian giant had continued on its negative trajectory. In 2020, India had dismissed the USCIRF observations as “biased and tendentious”.

India had earlier taken up cases of Sikhs and Hindus in the US, when were targeted in attacks.

Last month, the Indian consulate general in New York had termed the attack on a Sikh cab driver as “deeply disturbing” and stated that it had taken up the matter with the US government.

The US State Department had not commented on the Indian consulate’s observations about the attack. But, the state department’s regional bureau had condemned “any form of hate-based violence” and added that “our diversity makes the US stronger”.