Former diplomats have said that while a resource centre exclusively focusing on China will produce good research work, they remain skeptical about its effectiveness.

Why does the India-China sibling rivalry have such power? Credit: PTI 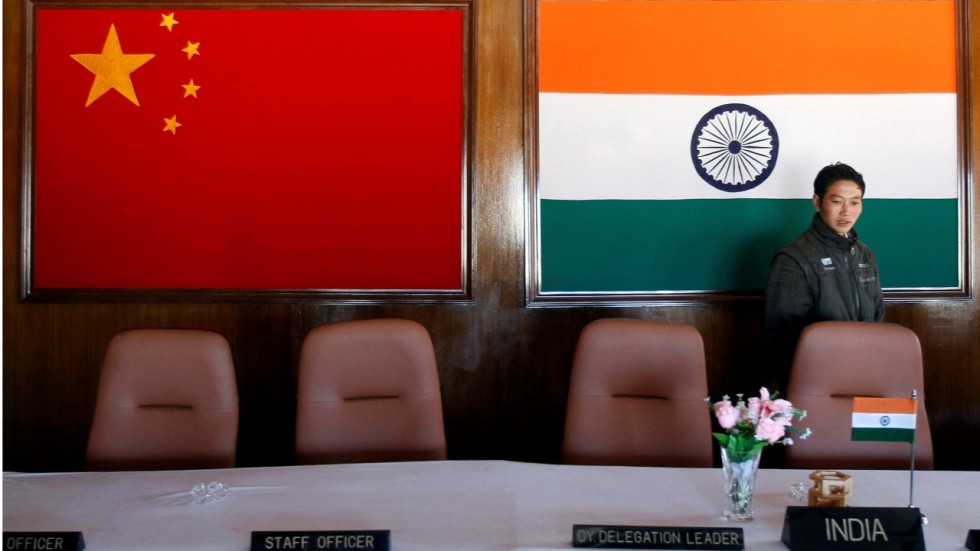 The plan to have a resource centre exclusively focusing on China has been in the pipeline for around a year. Credit: Reuters

New Delhi: In early October, the Ministry of External Affairs (MEA) issued a circular calling for consultants from the private sector. Hardly a new occurrence – the ministry, in its mission to tap external talent, has issued four such circulars over the last two years.

This time around, however, there was a new qualification: all candidates had to be fluent in the “Chinese language”.

The recruitment, MEA sources say, is part of a drive to set up the Indian foreign office’s in-house resource centre on China. It will be the first in-house research centre in six decades that will attempt to study and formulate a country-specific policy.

While officials maintain the think-tank has been in the works for a year, it comes at a time when India-China relations are rather strained and have just recently emerged from perhaps one of the most serious confrontations between the two militaries at Doklam.

The Wire asked the ministry for a confirmation but did not get a response.

The in-house think tank has not yet been formally announced, but it currently goes under the moniker of Centre for Contemporary Chinese Studies (CCCS). It is right now working out of the premises of the Foreign Service Institute – the training ground for Indian diplomats.

The first instructions have already been sent out to Indian missions, asking them to send reports on the extent of Chinese influence in various countries to the new centre.

Why the focus on China

Despite verbal assurances from visiting US cabinet officials, the Trump administration’s commitment to maintaining America’s global presence is still up in the air – which gives Chinese leader Xi Jinping a unique opportunity to fill in the gaps.

The complexities of China – economic, social and political – coupled with its opaque decision-making, are challenges for any country formulating its foreign policy with Beijing.

The need is perhaps even more acute for India, which shares a disputed boundary with China, has bilateral trade of $71.18 billion (2016) and has clashed with it on key issues.

The ministry has a substantial tribe of China specialists – diplomats who have spent more years in the middle kingdom after having been allotted  Chinese as their foreign language. In fact, the Chinese language is a sought-after allocation for officer-trainees, who consider China postings as being a foundation for an excellent career graph.

There are currently 76 Chinese language-speaking officers in the MEA. This is the fifth largest group after Arabic (100), Russian (94), French (86) and Spanish (81). What makes this especially impressive is that the top four languages are used in multiple countries, unlike Chinese.

Among the top China specialists in the MEA is 1999 batch Indian Foreign Service officer Gourangalal Das, who will be joint secretary in charge of the ministry’s new research venture.

The ministry had in April issued the third vacancy circular for consultants since 2015. As in previous notices, the indispensable requirements were Indian nationality, a master’s or higher degree in international relations, with “extra credit” for work experience in a think tank, university, publication or research organisation.

Incidentally, researchers with background in Chinese had also been hired in the earlier rounds, but they were not given work to focus exclusively on China. Even when consultants began to be attached to some territorial divisions, the East Asia desk, which looks after China, remained out of the fray.

Among the chosen dozen or so hired from the April applicants, there were apparently four scholars on China, who have been attached to the new centre.

With more manpower with high-level Chinese expertise required to get the centre up and running, the latest vacancy circular exclusively called for experts on China.

The essential qualification listed for applicants was a graduate degree in  Chinese from a recognised university. If not, the candidate should have Chinese language capability of HSK level 5 or above. This is a standardised measure of Chinese proficiency for non-native speakers which means that they “can read Chinese newspapers and magazines, enjoy Chinese films and plays and give a full-length speech in Chinese.”

History of research divisions in MEA

According to multiple sources, the new China-focused ‘centre’ will be a separate entity from the ministry’s policy planning and research (PP and R) division. It would also be inside the ministry, unlike the ‘autonomous’ Indian Council of World Affairs, that is established by an act of parliament.

After taking over in 2015, foreign secretary S. Jaishankar had kick-started the revamp of the policy planning division that had remained moribund for decades. The mandate was to provide “research-based perspectives” on topical subjects, coupled with proactive outreach to private think tanks and to organise major conferences on foreign policy issues.

Interestingly, the creation of the new China-focused research division has an echo in the MEA’s early history. The Policy Planning Division itself originated as an exclusive China monitoring department in the immediate aftermath of the 1962 Sino-Indian war.

The ‘East Asia Research and Coordination Division’ was formed in 1963, under a joint secretary and four research officers recruited through UPSC.

Avtar Singh Bhasin, who later retired as head of MEA’s historical division, was one of those four recruits. With a masters degree in Chinese and Japanese history, Bhasin had also worked in the defence ministry on relations with China.

“I was recruited on the basis of my qualification on China… We were only doing work on China, conducting studies on various aspects from economy to politics,” he told The Wire.

Bhasin said that the papers were “not necessarily meant to be input in policy” but as “a sort of information on China which could be disseminated to officers in headquarters and outside.”

But the division lost steam within two years. The narrow focus on China disappeared along with the joint secretary who went to his next routine posting.

When the division got its next head, the officer was no China expert. Reflecting the widening of the focus to a more general approach, the ‘East Asia Research and Coordination’ division was renamed as ‘Current Research’.

In 1966, questions were raised in the parliament about the lack of planning in the external affairs ministry. Consequently, Current Research became Policy Planning Division, remembers Bhasin.

Efficacy of the new centre

Speaking to The Wire, a recently retired Indian diplomat – who has worked on the China portfolio during his career – was skeptical about the effectiveness of the centre.

His doubts were mainly about the ability of the target audience of the research papers to actually read them. “No one within ministry will have the time to read what is produced by deputy secretary level researchers. As is the case with Policy Planning Division which reports only to foreign secretary and does not take any inputs from the officers – even the concerned secretaries,” he said.

Another retired Indian diplomat, who has also dealt with the China file for years, agreed to an extent. “The bandwidth within the ministry to absorb input remains rather limited,” he said.

A serving MEA official noted that with Das at the helm, the centre will certainly do good research work. “He doesn’t do superficial work. So CCCS could become a good repository of knowledge about China and its spread in the world, which could be a good thing in its own right.”

However, he also said that it was difficult to imagine the fate of the new centre as being different from the papers generated by the PP and R division. “The PP and R papers do give policy recommendations. But I have never seen one acted upon,” he said.

The reason, he stated, was not because that the recommendations were contested, but because there was hardly much policymaking in MEA right now. “It is just that there is not much policy to influence. It is mainly activity. Most of our time is spent on visits and events,” he claimed.

Former diplomats who spoke to The Wire said that one potential problem would be the location of the think tank within the ministry.

“Contrary to what outsiders think, there is often free-flowing discussions within MEA officials on various topics. But I am not sure that relative autonomy of thought would be translated to a in-house think-tank of the ministry,” said a former official on condition of anonymity.

He asserted that the role of planning and research should be to present different options – some of which could be against conventional wisdom. “For example, how much will a consultant in the new centre question India’s position on Belt and Road Initiative. Not that it is wrong, per se… But unless you can question with an open mind, it will only confirm preconceived notions.”

Another former ambassador felt that rather than set up an in-house centre, the ministry could have used the expertise of outside think tanks like the Institute of Chinese Studies.

However, the ministry stopped the process of giving funds to the Delhi-based institute from this financial year. It now provides grants only on a project-to-project basis. The fallout was apparently due to the differences between the ministry and the institute over certain policy recommendations.